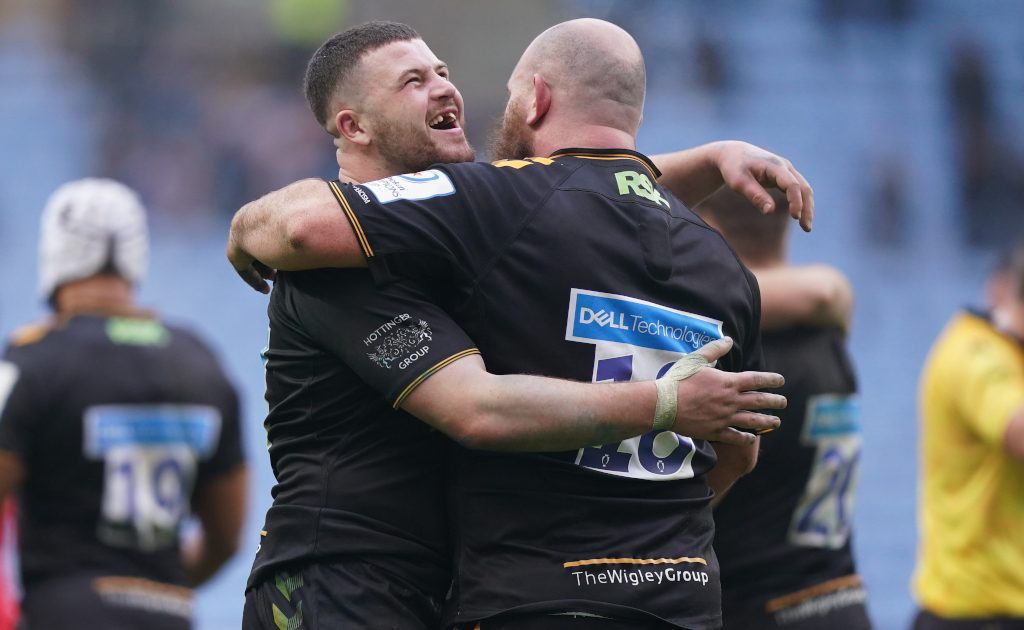 In a surprise result, the French giants were seen off by a depleted Wasps side as Alfie Barbeary starred with a try in an all-action showing on the blindside.

Umaga was sent off six minutes before half-time for his challenge on scrum-half Martin Page Relo, with referee Chris Busby stating there was head-to-head contact and no mitigation.

However, Umaga was attempting to wrap his arms around Relo, who was already falling downwards because of a low tackle from Charlie Atkinson.

It was his second red card in two matches, but the setback failed to douse Wasps’ fire as they continued to lead 14-10 on the basis of converted forward tries from Biyi Alo and Brad Shields.

Somehow Busby, overseeing his first match in the competition, did find mitigation when number eight Anthony Jelonch floored Barbeary with a shoulder to the head but the official’s inconsistency was taken in their stride.

Two penalties by Jimmy Gopperth even extended their lead to 20-10 as they summoned the spirit evident when inflicting Leicester’s first defeat of the campaign a week earlier.

Toulouse were rattled and only able to show glimpses of the brilliance that swept them to a fifth European Cup crown last season, but they were the next to score through hooker Peato Mauvaka.

The outstanding Barbeary delivered at the crucial moment, however, as Wasps fought furiously at every turn to complete their comeback from a disastrous start that signposted an ominous afternoon ahead.

Only two minutes were on the clock when they were breached for the first time and all flanker Francois Cros had to do was fall over the line after a powerful Toulouse maul left its mark.

Wasps were coming under pressure in all departments until a scrum free-kick provided the opportunity to attack and they spent the next 10 minutes probing the defence.

Their patient build-up eventually paid off when prop Alo crashed over from short range, but two carries from Paolo Odogwu were also crucial as he made his first appearance since May because of knee surgery.

It appeared that Toulouse’s early onslaught had been beaten back as Wasps went straight back onto the offensive and the breakthrough came faster this time as a smart line-out drive propelled Shields across the whitewash.

As the champions quickly fell apart, Odogwu initiated a fresh attack and although it amounted to nothing, the tide had turned fully.

Umaga, playing at full-back, showed remarkable athleticism to keep a Toulouse touchfinder in play, but moments later he was sent off and Thomas Ramos nailed the three points.

Toulouse still trailed 14-10 but their offloading game was starting to create gaps and influential number eight Tom Willis was told his afternoon was over because of a failed HIA.

Yet Wasps showed their resilience by winning penalties early in the second half, one of which Gopperth sent between the uprights, as they tore into the Top 14 title contenders.

Jelonch escaped with only a yellow card for his tackle on Barbeary but another penalty landed by Gopperth provided some consolation.

Despite being a man down, Toulouse engineered their second try when hooker Mauvaka finished the type of line-out maul that had emerged as their most effective tool.

But Wasps hit back through Barbeary after Atkinson had almost rolled his way over and the flanker continued to be at the heart of the final stages in a famous win for his team.