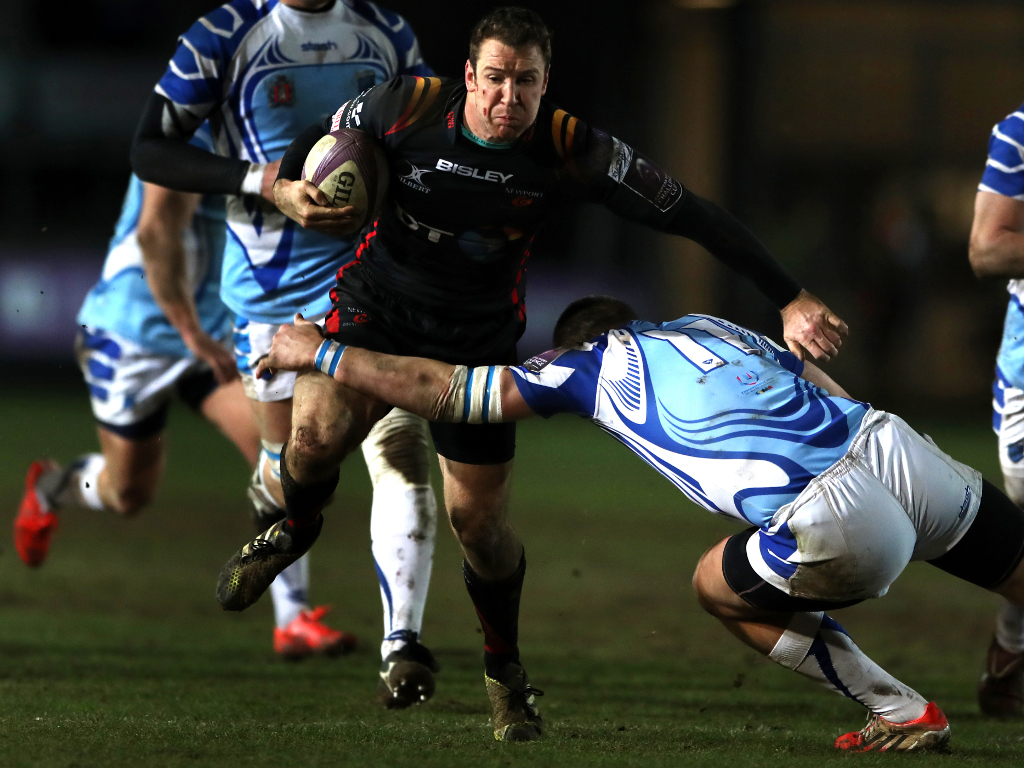 The Dragons stayed on course for the Challenge Cup’s knockout stage after notching a 25-16 victory over Worcester Warriors at Rodney Parade on Friday.

The Welsh region had lost the reverse fixture last weekend, but produced a response to stand two points clear at the top of Pool 1.

Wales fly-half Sam Davies bettered the testing conditions to make all seven of his kicks – six penalties and a conversion to Dragons centre Adam Warren’s try. For Worcester, Tom Howe crossed for a try which was converted by Duncan Weir, who also succeeded with three penalties.

Warren scored the opening try inside two minutes after being picked out on the left wing before Davies added eight points in quick succession with the conversion and two penalties.

Worcester hit back, though, and Scotland international Weir reduced the arrears to 13-9 at half-time with three penalties before Howe’s converted try put the English side ahead 16-13.

However, four more penalties from the steady boot of Davies saw the Dragons home – with Worcester prop Ethan Waller having been shown a late red card for a high tackle.

A second loss from four matches leaves Worcester in third place, three points behind Castres and five behind Dragons.

1⃣🔝 FULL-TIME at Rodney Parade – And breath! 🐲⚔️🤯@dragonsrugby lost the lead for a moment, but end up where they started the day and have been able to exact revenge in #ChallengeCupRugby Pool 1.@samdavey1993 making all the difference against @WorcsWarriors 🦵🔥 pic.twitter.com/QUfpcUysSo

The French side defeated Russian side Enisei-STM 22-10 at Stade Pierre Fabre earlier on Friday, Geoffrey Palis scoring two of their four tries, to record a bonus-point win and a third straight Pool 1 victory.

In Pool 4, Brive beat Zebre 24-10 to keep themselves in the hunt for qualification to the quarter-finals.

After falling behind to an early penalty, a converted try from scrum-half Vasil Lobzhanidze put the hosts in front to lead 10-3 at half-time.

Georgia international Lobzhanidze crossed again soon after the restart, with another converted try from Thomas Acquier sealing victory as the French side moved into second behind leaders Bristol.

The Pool 5 match between Pau and Cardiff Blues was postponed by the local authority on health and safety grounds following persistent, heavy rain around the Stade du Hameau.

The game has been rescheduled for Saturday afternoon.