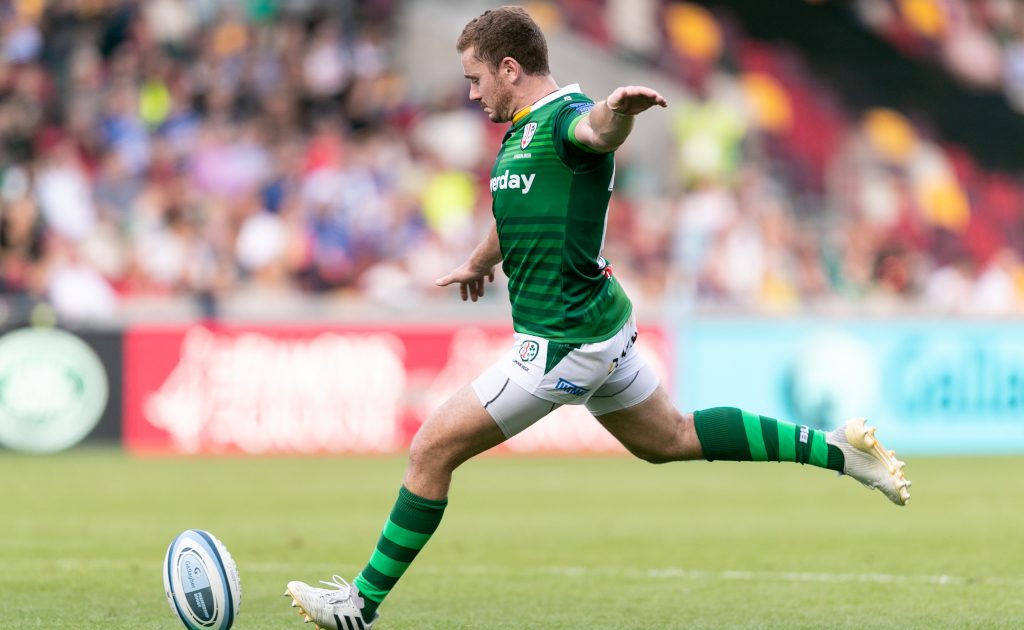 Edinburgh were left stunned as Olly Cracknell touched down late on and Paddy Jackson converted to give 14-man London Irish a 21-20 victory.

The Scotsmen controlled much of the first period and were rewarded with tries from Adam McBurney and Ramiro Moyano.

Irish improved in the second half and reduced the arrears via Oli Hoskins, but they were dealt a blow when Agustin Creevy was shown a red card for an apparent headbutt on Jamie Ritchie.

With the extra body, Edinburgh extended their lead to six points on the hour when Van der Walt split the posts.

However, the hosts were rewarded for their late endeavour when replacement front-row Cracknell burst through a gap under the sticks and Jackson held his nerve to keep his 100 per cent conversion rate as Irish secured a last-gasp win.

Toulon made it 11 consecutive pool-stage wins in the competition after beating Worcester 34-23 at Sixways.

Dragons succumbed to their third successive defeat in the European Challenge Cup after Benetton sealed a comfortable 23-9 triumph in Treviso.

Sam Davies opened the scoring for the Welsh region but they lacked ideas throughout the contest and the hosts were the more incisive.

That was shown when Irne Herbst crossed the whitewash and gave the Italians a 5-3 lead. Although Benetton would go into the break 9-8 down following two more Davies three-pointers, they controlled the second period.

Edoardo Padovani took them back ahead before Rhyno Smith’s second penalty and Tomas Baravelle’s try confirmed a the win.

Lyon produced a fine second-half display to ease past their fellow French side Perpignan 37-6 at the Stade Aime-Giral.

It was a tight encounter in the opening period as the visitors moved 7-6 ahead thanks to Romain Taofifenua’s try.

Matteo Rodor kicked two penalties before the break to keep the home side in contention, but they didn’t fire a shot in the final 40 minutes.

Instead, Lyon ran away with it and Baptiste Couilloud, Davit Niniashvili, Clement Laporte and Yanis Charcosset all went over to complete the win.