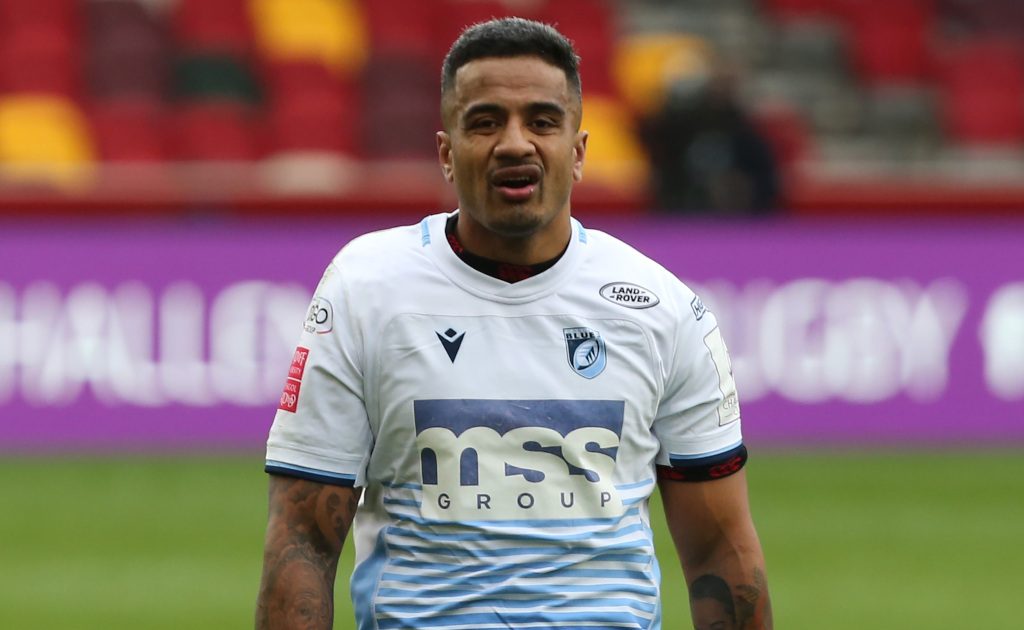 Cardiff are set to receive a boost to their playing stocks with centre Rey Lee-Lo available for their Champions Cup clash with Harlequins this weekend.

It was a difficult opening pool game against Toulouse for the Welsh region after they were without more than 30 players, a home fixture they would lose 39-7.

Cardiff had been due to play United Rugby Championship games in South Africa last month, and had already arrived there when it became a UK Government red-listed country as fresh travel restrictions were imposed following the discovery of a new coronavirus variant.

With such a large group isolating at a hotel near London on eventually returning from South Africa, it meant a team comprising Wales internationals, who did not travel, semi-professionals and academy players being fielded against the European title holders.

Although the vast majority of that party are now out of isolation and back home with their families, Cardiff are working largely with their Toulouse squad for Saturday’s trip to the Twickenham Stoop.

And Cardiff academy manager Gruff Rees, who is currently heading the coaching team, confirmed Lee-Lo is in the selection mix after suspension.

“It is a massive boost for all of us,” Rees said.

“There is something called the World Rugby coaching intervention programme. You have to sign up for it, and it is some online learning to go through.

“He has come through that, and we had authorisation to take one week off (Lee-Lo’s suspension) because it was special circumstances.”

Rees, though, might have to make an enforced change at fly-half, while hooking reserves have also been tested following a shoulder injury suffered by Iestyn Harris, and full-back Jacob Beetham faces suspension after being sent off for a dangerous tackle against Toulouse.

Current number 10 Jason Tovey suffered a head knock in the Toulouse game, and Rees added: “We are still waiting to see the reaction to the HIA (head injury assessment) today.

“It is a strong possibility (wing Dan Fish could come back at 10). He has been doing that job admirably at (Welsh) Premiership level and he knows the cohesion and language that creates some trust.

“Tomos Williams (Cardiff and Wales scrum-half) is in my ear that he could do a job there, so there are some possible fits there.

“We have hooker concerns. Evan Yardley will start, our other Cardiff RFC hooker (Alun Rees) is carrying a slight hamstring twinge, but we are looking at dispensation for a medical joker that we are allowed to bring in by tomorrow lunch-time.

“Hopefully, there will be two hookers in the match-day squad and a travelling reserve.”

While Cardiff lost to Toulouse, Quins launched their European season with an impressive victory over Castres in France.

“When you look at Harlequins in a lot of depth, they are obviously regarded as a fantastic ball-playing side, but you see how good they are at other things around the scrum and lineout,” Rees said.

“We’ve spoken about following up what was a monumental effort last weekend.

“If you look at the GPS numbers, the average was far above any other game from this season, per position, which was an astronomical effort.

“Last week, the adrenaline of a home game against the European champions was probably, for me, an easy sell in some ways around the team room in creating a mindset.

“To do it again gets motivationally harder, and you have got to look a bit differently at it.”

Montpellier have reported a fifth positive Covid-19 test ahead of their Champions Cup clash with Leinster, which is set to take place at GGL Stadium on Friday.

The Top 14 outfit confirmed the news only a day after their upcoming Irish opponents had postponed training prior to their latest round of PCR testing results.

Leinster said last week that three players and one member of staff had tested positive for Covid-19.