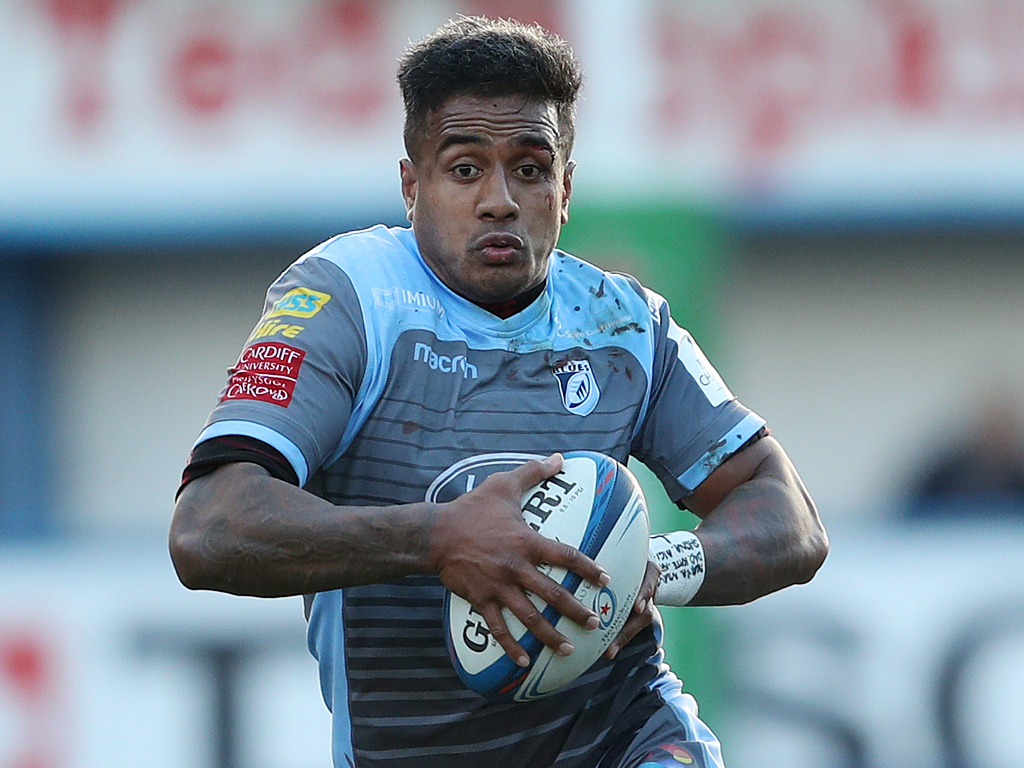 Cardiff Blues have been boosted by the news that Samoan international centre Rey Lee-Lo has put pen to paper on a new deal at the Arms Park.

The 33-year-old has been a key figure in the region’s midfield since his move to the Welsh capital in 2015, picking up the Peter Thomas Player of the Season award in 2017 and becoming a firm favourite on the terraces.

Lee-Lo, who featured in the Rugby World Cup in Japan, made his 100th Cardiff Blues appearance against Pau earlier this season. He has also enjoyed spells with the Hurricanes and Crusaders in Super Rugby and was also named in last season’s PRO14 Dream Team as the Championship’s outstanding number 13.

Lee-Lo admits it was an easy decision to make and is enthused about the future at Wales’ capital region.

He said: “I’m really happy to sign this new deal and commit my future to Cardiff Blues. For both myself and my family, this has become home and that played a big part in why I wanted to stay. We’re very settled in the area and the club have been fantastic in looking after us.

“It was a special moment for us all to make my 100th appearance earlier this season, and I’m just really happy to have the opportunity to continue pulling on that jersey and doing my best for the team and our supporters who have also been great.

“I really feel like we’re building something special here, both on and off the field. We’ve worked hard to develop a great culture over the last couple of years, and it’s an exciting, close-knit place to be.

“It’s also good to be part of a really exciting backline, and I’m looking forward to seeing how we kick on over the next few months. We’re all determined to challenge and be competitive, and we have the ability to do that.”

Lee-Lo has now made 105 appearances since making his Cardiff Blues debut following the 2015 World Cup, scoring 22 tries in the process.

It's been quite the season for Rey Lee-Lo so far, and he's not finished there! Plenty more dabbing to come from Rey! pic.twitter.com/IzzcTZSDIt

Cardiff Blues head coach John Mulvihill was delighted to retain one of the elder statesmen of his backline and believes he will continue to play a key role in the region for years to come.

Mulvihill added: “We consider Rey to be the best outside centre in the competition and we’re thrilled to have him in our squad. He’s been an outstanding and consistent performer for the region since arriving. He leads the way for us, both in attack and defence, and his performances have seen him become a true fan favourite at the Arms Park.

“There is a lot of young talent around him in the backline – the likes of Jarrod Evans, Ben Thomas, Harri Millard – and Rey has really stepped up as a key leader on the pitch. You only have to speak to those boys to see the influence he has within this group with his knowledge, experience and commitment to the cause.

“He embodies the culture that we’re building here at the region, and will be a crucial member of the squad moving forward over the next few years. We’re all delighted that he will remain a key figure for the years ahead.”