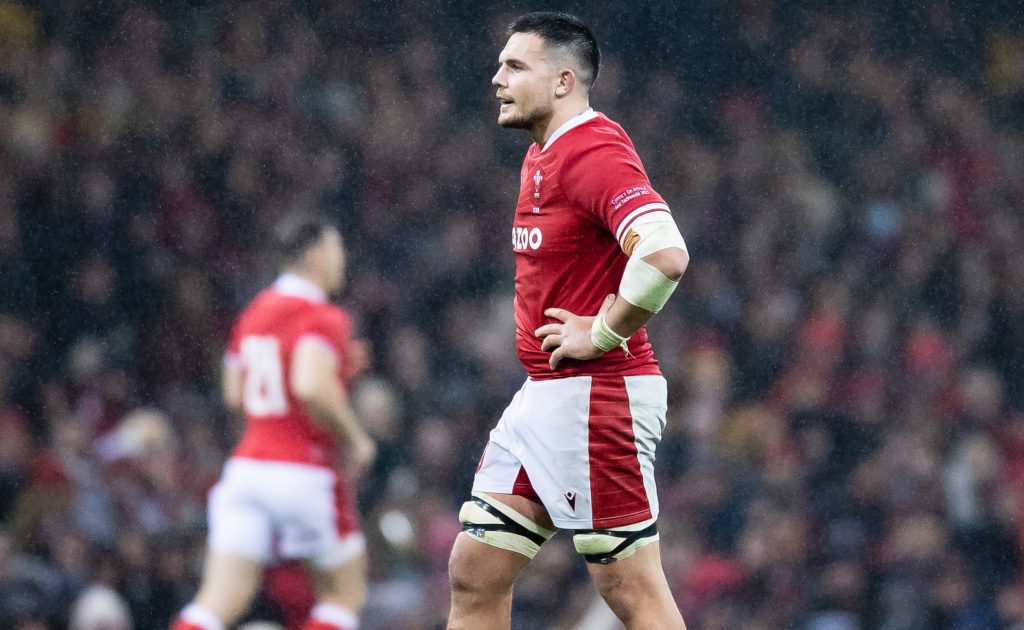 Wales’ talented back-row Ellis Jenkins admits that the World Cup in France is his long-term goal after producing an outstanding display on his international return.

The flanker spent 26 months on the sidelines after sustaining a horrific knee injury but, on his first Test appearance in three years, Jenkins was utterly superb.

Despite their narrow 23-18 defeat to the world champion Springboks, the 28-year-old was impressive and ended his comeback match as Wales’ captain after Jonathan Davies went off.

Jenkins admits that there are more short-term targets to hit before he can really think of the 2023 World Cup but that tournament, the back-row insists, is his ultimate ambition.

A lot to work on

“Personally, you always try and set yourself long and short-term goals,” he said. “(The World Cup) would definitely be there, but there is a lot of time to go before then.

“It is my first game back in a Wales shirt, and I still have a lot of stuff to work on. For two and a bit years, getting back on to the pitch was my sole focus.

“I am probably not quite there yet, but I am willing to work hard to get there, and that is what I want to achieve.

“I am physically trying to get back to where I am – or as well as I can – which takes a lot of work. But I am trying to get on the right track to get there.”

One major admirer is Springboks skipper Siya Kolisi, who spoke warmly about his opposite number in the aftermath of a pulsating Test match.

“He’s obviously a great guy, isn’t he, Siya? He just said ‘it’s great to see you back’,” Jenkins added.

“He sent me a jersey from the 2018 game when we played, when I got injured. Siya was with the Barbarians a couple of weeks later, and he sent his jersey to me.”

“The competitor in you, you are disappointed in the loss – particularly the manner of the loss,” he said.

“My family, my girlfriend, my best mates were all here, and you could see how much it meant to all of them. That’s a part of it people don’t see.

“Lots of the boys have got used to rugby with no crowds, and I probably only played three or four games with no crowds. It’s not really something I became used to.

“I always say to people when they ask what it is like to play at the Principality Stadium that other than the rugby, it is the drive up Westgate Street (to the stadium) and you can see how much it means to everyone.

“You get off the bus, everyone is shouting and screaming, and it really does get you up for the game.

“Any chance you get to play for Wales is a huge honour. We are very lucky to do what we do, and that never gets forgotten.”