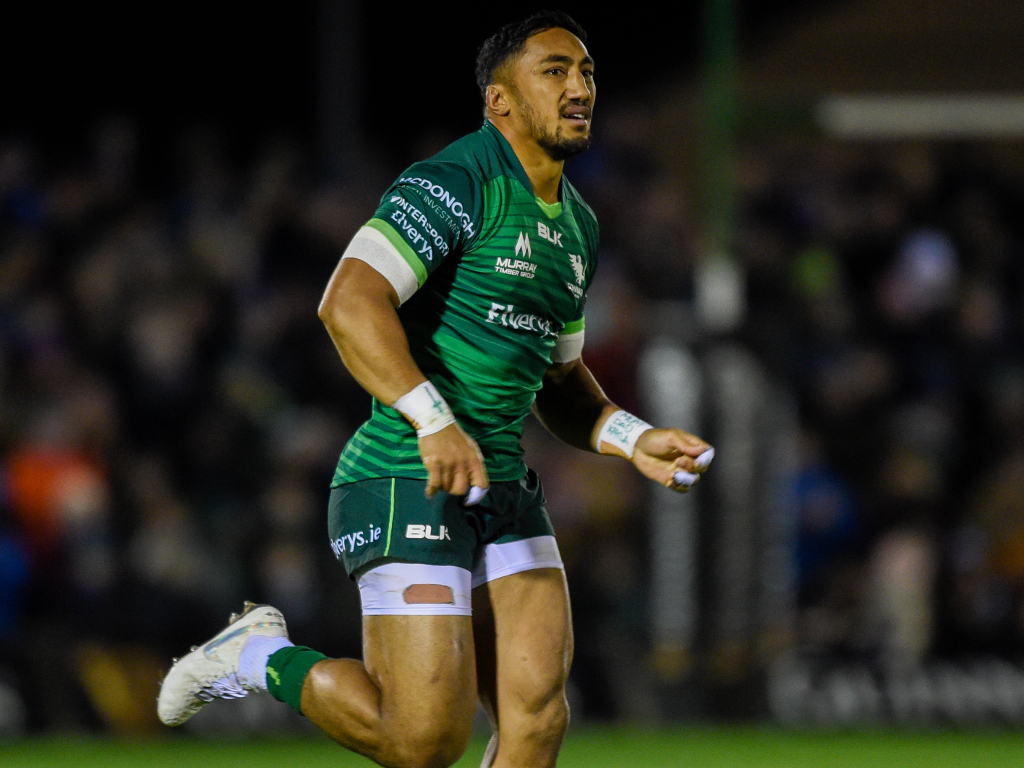 Ireland and Connacht centre Bundee Aki has put pen to paper on a new contract that will keep him at the Sportsground up to the end of the 2022/23 season.

Having joined Connacht in 2014, Aki has gone on to play 92 times for the province, scoring 18 tries. He was a central figure in their 2016 PRO12 success and was selected as the PRO12 Player of the Season in the Championship-winning year.

In 2017 he made his international debut for Ireland and has gone on to win 23 caps and score four tries. In 2018 he played all five games in Ireland’s Grand Slam Six Nations success and also started in the win at home to the All Blacks. This year, he was selected to play in the Rugby World Cup in Japan and played against Scotland, Russia and Samoa in the pool stages of the competition.

Commenting on the signing, Connacht head coach Andy Friend said: “Bundee has been an incredible player for Connacht since his arrival in the Sportsground. He has completely embraced every aspect of life in the West of Ireland and has driven standards among the playing group.

“He shares the ambition that we have for the seasons ahead and what he can achieve as a Connacht player. His commitment for a further three seasons is a sign of the energy and passion he has for the province.”

Following his contract signing, Aki commented: “I am grateful for the opportunity I have been given to represent both Connacht and Ireland and am delighted to extend my IRFU contract.