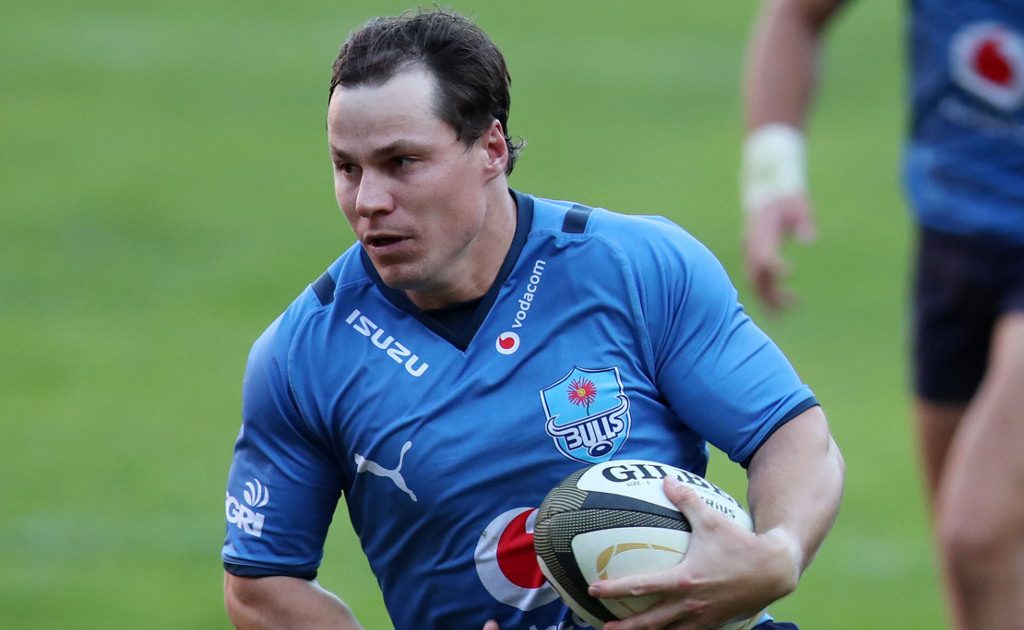 A 76th minute penalty from Chris Smith helped the Bulls claim bragging rights when they notched a 17-14 win over South Africa ‘A’ in Cape Town on Saturday.

In a hard-fought and tightly contested encounter, the South Africa ‘A’ side held the upper hand for long periods – especially during the first half – but the Bulls improved as the match progressed and a strong second-half performance paved the way to victory.

Apart from Smith’s late penalty, Keagan Johannes and Johan Grobbelaar scored tries for the Bulls while Johan Goosen added two conversions. For South Africa ‘A’, Aphelele Fassi and Wandisile Simelane crossed for five-pointers which were both converted by Elton Jantjies.

The match started cautiously with the sides’ defences cancelling each other out during the opening 10 minutes. With both teams fielding big packs, the opening exchanges were restricted mostly to the forwards.

There were some brutal collisions but the South African ‘A’ side held a slight edge during this period and they soon upped the ante on attack.

In the 12th minute, the game came alive thanks to great play from Cobus Reinach, who tore the Bulls defence to shreds with an excellent line break. He was soon inside his opponents’ 22 and still had work to do but managed to offload to Fassi, who crossed for the opening five-pointer.

Jantjies slotted the conversion but five minutes later South Africa ‘A’ were reduced to 14 men when Simelane was yellow carded for a cynical defensive foul while the Bulls were on the attack close to his try-line.

With a numerical advantage, the men from Pretoria spent the next five minutes hammering away at their opponents’ line but they were kept at bay by a solid defensive effort from the South Africa ‘A’ side.

The final 10 minutes of the half was an arm wrestle characterised by great physicality between the sides, but South Africa ‘A’ finished stronger and were rewarded when Simelane went over for his try after Rosko Specman and Thomas du Toit laid the groundwork in the build-up.

Simelane’s score meant South Africa ‘A’ held a 14-0 lead at the interval but just like long periods during the first half, most of the second session was a slugfest with both teams making several unforced errors.

South Africa ‘A’ had chances to extend their lead during the early stages of the half when Specman bamboozled the Bulls defence with brilliant attacking play courtesy of two superb breaks. He took the ball into the Bulls’ 22 both times but his final pass went astray on each occasion.

The Bulls needed a response and former Springbok Goosen was the player who did that with fine attacking play in the 66th minute. A superb break from the fly-half had South Africa’s backs scrambling in a bid to haul him in but he threw an inside pass to Johannes, who had an easy run-in under the posts.

Shortly afterwards, the Bulls were rewarded with their second try and once again it was Goosen’s brilliance which set up the score. After a great run from him, inside his 22, he offloaded to Muller Uys, who was soon in the clear inside South Africa ‘A”s half. Uys offloaded to David Kriel, who then got a pass out to FC du Plessis and he did well to kick upfield before Grobbelaar gathered on his way over the try-line.

Goosen converted both tries which meant the sides were level at 14-14 but the momentum had swung in the Bulls’ favour and they clinched the win when Smith slotted his long-range penalty in the game’s closing stages.