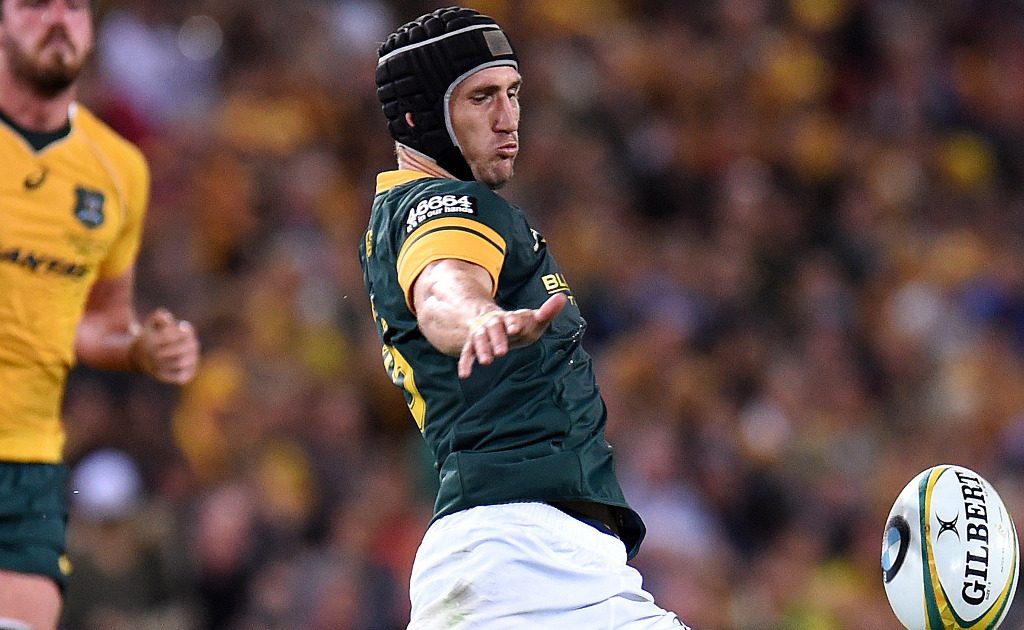 The Blue Bulls have announced the signing of Springbok utility back Johan Goosen.

The 28-year-old fly-half, who can hold his own at centre and full-back, is a product of Grey College in Bloemfontein and it was in the City of Roses where he began his professional career, representing the Free State Cheetahs, Cheetahs and the Emerging Cheetahs.

Goosen is a talented attacking fly-half with a powerful boot and natural instinct and these attributes earning him call ups to the Junior Springboks (2011), the Springbok XV (2014) and the Springboks shortly thereafter.

He has sharpened his trade in France over the last several seasons, turning out for Racing 92 before being lured back to the Cheetahs in 2018 but he returned to France to join Montpellier later that same year.

Bulls director of rugby Jake White is delighted that Goosen has opted to join his team.

“We are definitely excited for Johan’s eminent arrival in Pretoria and look forward to his contribution,” White said.

“He has consistently performed at the highest level since his early days and his experience will bode well for our younger backs while providing us with attacking opportunities when he takes the field.”

Goosen is relishing the prospect of turning out for the Bulls.

“I’m excited to be returning to my homeland and representing the Vodacom Bulls who are rising in strength day by day,” he said.” Rugby in Pretoria has an exciting future and I’m grateful to be part of it.”