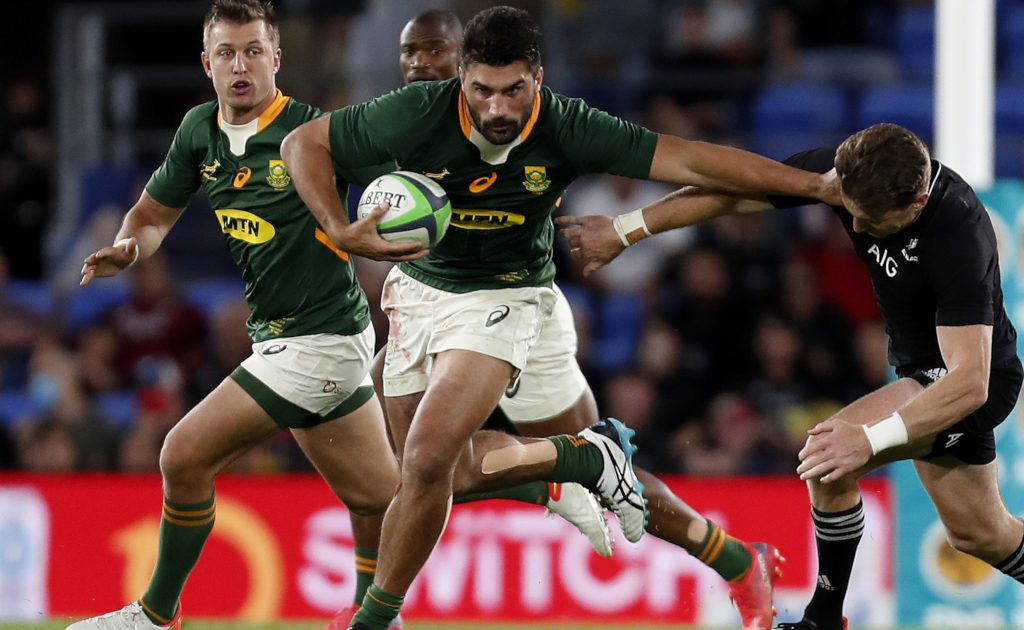 2007 World Cup winner Bryan Habana has applauded inside centre Damian de Allende for his excellent form for the Springboks in 2021.

De Allende has copped some criticism in the past for only being direct despite having a wide-ranging skill-set.

However, since South Africa returned to the Test arena after a 20-month Covid-enforced break, De Allende has been one of their best performing players.

The 30-year-old has formed a formidable centre pairing with Lukhanyo Am, earning a game-breaking reputation at both ends of the field.

“He’s been playing well for the last three years,” Habana said on The Good, The Bad & The Rugby podcast in the days before England upset the Springboks at Twickenham recently.

“From a go-forward perspective, Damian is your man to go to.

“He is unbelievable at the breakdown. He causes as much chaos in terms of getting on the ball as Duane Vermeulen, Malcolm Marx and Kwagga Smith.

“His combination with Lukhanyo Am has been flourishing for the better part of three-and-a-half years, which is brilliant to see.

“He is one of the best passers of the ball. I love Damian. I think he is the calmest, chilled out guy and a brilliant bloke.”

The legendary speedster also jumped to the defence of full-back Willie le Roux, claiming the 32-year-old does not get enough credit for his contributions to the side.

“I thought Eben Etzebeth was phenomenal. Siya Kolisi has been playing incredible rugby throughout this year,” said Habana.

“A lot of people potentially don’t give Willie le Roux a lot of credit.”