Home Super Rugby Brumbies too good for the Force in Sydney 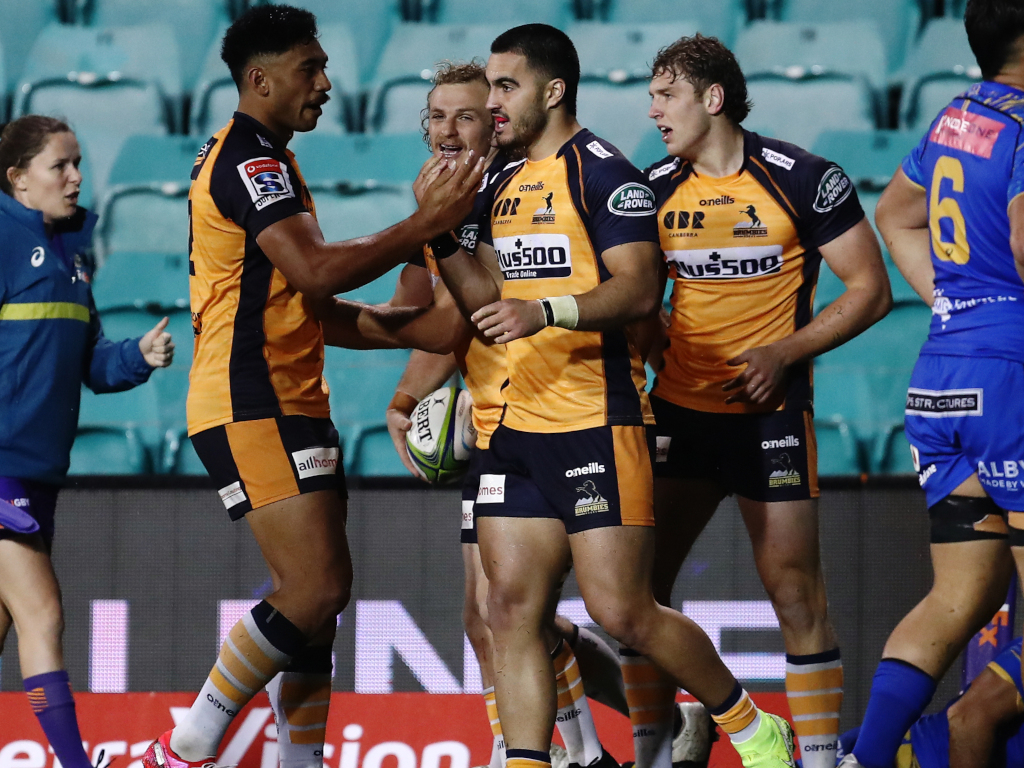 The Brumbies secured their third successive win in Super Rugby AU after a comfortable 24-0 victory over the Western Force in Sydney.

Dan McKellar’s charges produced a blistering start, crossing the whitewash twice through Tom Wright and Irae Simone to open up a 12-0 advantage at the break.

The Force were gallant in defence but they were ultimately outclassed and the pressure resulted in two more tries for the Canberra outfit with Will Miller and Connal McInerney going over.

Although Tim Sampson’s men kept going and prevented their opponents from racking up the points, they lacked the out-and-out excellence to challenge last season’s Super Rugby semi-finalists.

The Perth outfit have so far been competitive back at the top-tier of Australian rugby but, against the best team in the country, the gap in quality was exposed.

Whether it was the individual class, the support lines or the power up front, the men from the capital displayed the difference between the sides and touched down for two early tries.

They came from deep, with the first being finished by Wright after good work from Pete Samu, Joe Powell and Tevita Kuridrani, before a turnover allowed the visitors to spread the ball wide in their own 22.

The opening try-scorer was once again crucial to this effort, surging down the left and finding Powell. The scrum-half, despite being clipped, perhaps could have made the line but instead off-loaded to Simone, who did the rest.

After starting well in their previous two matches, going 14-0 ahead on both occasions, the Force found themselves 12 points in arrears at Leichhardt Oval.

Tom Wright puts the Brumbies into an early lead after just 90 seconds. 🏃🏉

To their credit, they fought back well and Sampson’s men consistently put pressure on the opposition line, but the Brumbies rearguard remained stout, keeping the Western Australians scoreless at the interval.

Sampson’s men were unable to break their duck at the start of the second period and it was the Canberra outfit that extended their lead as Miller superbly rounded Jack McGregor and touched down.

There was no way back for the Force and, with the game effectively over, mistakes became prevalent. Not even the introduction of former All Black Richard Kahui, who came on for his debut, could inspire the Perth-based side.

The 35-year-old showed some neat touches but the centre was in a team on the back foot and he couldn’t prevent the Brumbies from going over for the fourth time through McInerney.

That well and truly rubberstamped the victory as they moved above the Reds and to the top of the Super Rugby AU table, while the Force remain winless.