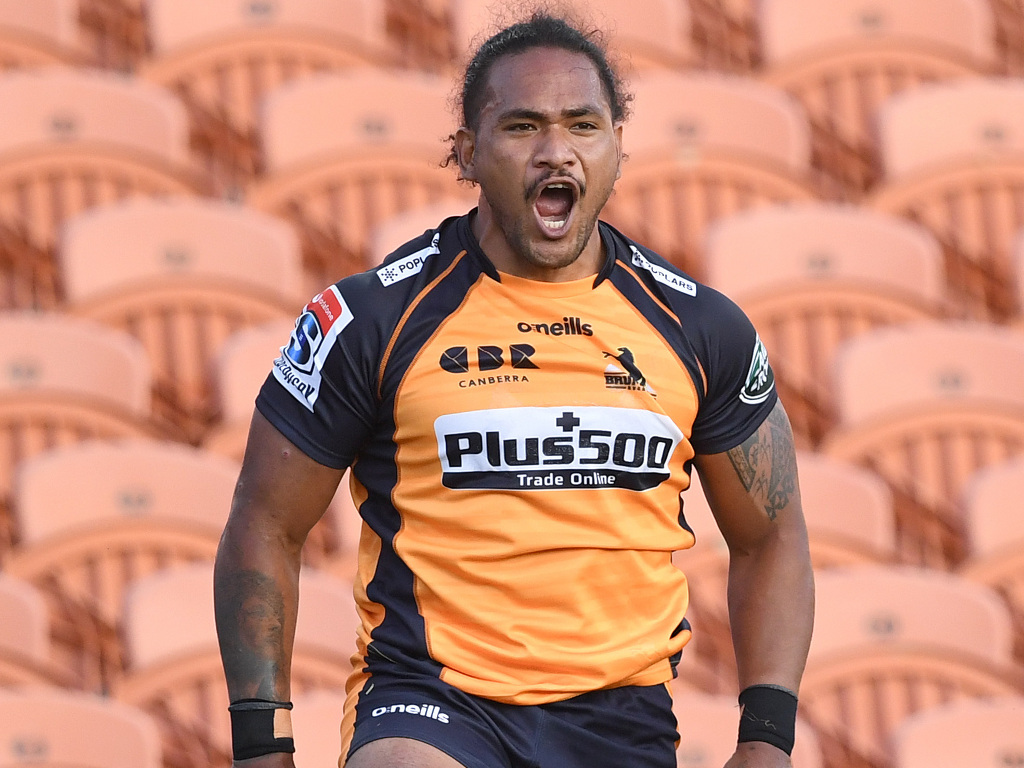 Powerhouse wing Solomone Kata will play for the Brumbies for the first time in Super Rugby AU when they face the Western Force in Sydney on Saturday.

Meanwhile, Bayley Kuenzle will wear the number 10 jersey for the first time after steering the team to their gritty win over the Waratahs last weekend.

Wallabies prop Scott Sio starts for the first time in the new competition and will partner fellow Test players Allan Alaalatoa and Folau Fainga’a in the front-three.

Promising youngster Nick Frost will make his first appearance in the run-on side, packing down next to Murray Douglas in the second-row.

Will Miller will join Rob Valetini and Pete Samu in a familiar back-row with Joe Powell to partner Kuenzle in their first outing as a halves pair.

Irae Simone and Tevita Kuridrani will combine again in the midfield with Tom Banks, Tom Wright and Kata the back three.

Connal McInerney is the replacement hooker, while Canberra local Harry Lloyd is set to see game time against his former club as the replacement loosehead, with versatile James Slipper set to swap sides of the scrum as the tighthead finisher.

The recently returned Ben Hyne will be back in Brumbies colours for the first time since July 2017, with Lachlan McCaffrey to provide experience in the late stages of the match.

Last weekend’s match-winner and former Force scrum-half Issak Fines will again provide spark off the pine with Mack Hansen and Andy Muirhead rounding out the matchday 23.

Brumbies coach Dan McKellar said: “It’s great to have Sol back in the team, he had a solid start to the year and he’s chomping at the bit to contribute on Saturday night.

“We’re really excited to see BK in the number 10 jersey, he’s been a part of our system for a while now and he did a good job there for us last weekend.

“Frosty’s been training the house down all year and he’s really earned his first start and I’m sure he’ll deliver against a really good Force outfit on Saturday night.”