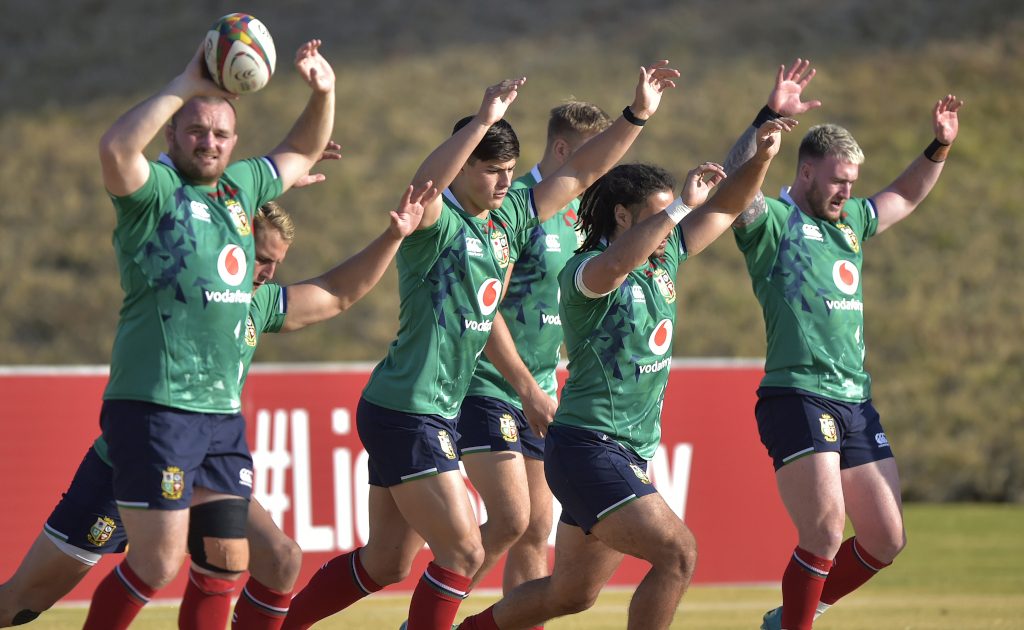 The British & Irish Lions insist they are ready to adapt in the event that Saturday’s fixture against the Bulls is called off because of an outbreak of Covid-19 at the South African province.

A report states that a number of coronavirus cases have placed the showdown at Pretoria’s Loftus Versfeld in major doubt with no room in the schedule for the game to be rearranged if there is a cancellation.

The development comes a day after the entire 46-man Springboks squad was forced into isolation when second-row Lood de Jager returned a positive test and a number of close contacts were identified.

South Africa’s international against Georgia in Johannesburg on Friday is in severe jeopardy and their team announcement, scheduled for Tuesday, has been cancelled.

The viability of the Lions tour is now shrouded in uncertainty as the host nation deals with an escalating third wave, but defence coach Steve Tandy insists that behind the scenes contingency planning is underway, while the squad prepares for Wednesday’s clash with the Sharks.

If the Bulls game is called off, Tandy says Saturday could be taken as a day off with the intensity of Friday’s training cranked up.

“We’d weigh up if we need to give the boys a day off, if we need an internal match or a heavier loaded contact day,” Tandy said.

“Through Covid you learn that you need to adapt. You can have the best laid plans, but things move really quickly and change. It’s about being prepared for whatever comes our way at whatever moment in time.

“Whatever the group needs – more contact, an extra day off for recovery – we’ll just adapt to that as we go.”

When asked if the Lions and Georgia could meet were South Africa and the Bulls prevented from playing, Tandy said: “Anything is possible through Covid, we’ve seen that.

“If there are any other games called off, then playing would be great for us and whoever else is looking for a game.”

Tandy insists the squad have not allowed the uncertainty over the Bulls fixture to affect their build-up to the Lions’ third match of nine scheduled for the 2021 tour.

“There’s a lot of speculation around but that hasn’t affected the mood in the camp. The boys trained well this (Tuesday) morning and then they’re just keeping the feet up before tomorrow night,” the Scotland assistant coach said.

“Something we’re constantly reminding the players of is taking no risks in what we’re doing. We are tested three or four times a week and everything is sanitised.

“Everyone’s on their best behaviour. No one wants to jeopardise this tour in any way, shape, or form.

“We’re doing the best we can do. Obviously it’s tough with Covid restrictions, but we’ve come here to do a job and we don’t want anything to get in the way of that.”