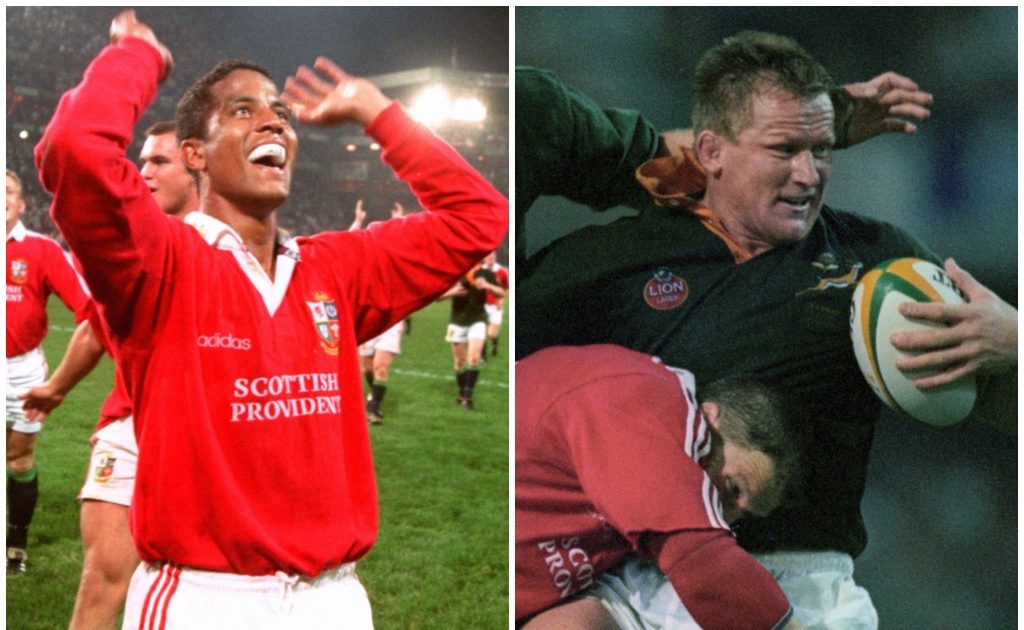 With the British & Irish Lions tour to South Africa drawing ever closer, Planet Rugby features writer James While looks back at an unforgettable memory from their 1997 tour to that country.

Rugby has been good to me.

I earn a living writing on the sport, I’ve played the sport in three continents of the world, my friendships through the game are legion and every morning my body reminds me of my rather average career as a back-row forward as my shoulders, hips and legs speak to me louder than words themselves.

It’s not often I get the chance to write in the first person, so crave my indulgence and I’ll tell you a tale of the day I cemented my love affair for the game and its culture. The 1997 second Test, South Africa v the British and Irish Lions, in Durban.

Jumped at the chance

I’d spent a couple of years playing cricket as an overseas pro for a local club in KwaZulu-Natal, so when the chance came to go back and to see the Lions in South Africa, I jumped at it, combining rugby with catching up with old friends.

The weekend before had been incredible, a Matt Dawson-inspired win in Cape Town on a filthy day, followed by a party at the aptly named Rocking Shamrock in Loop Street that went on until dawn. But hold on, this wasn’t the script; the Lions weren’t supposed win a Test in South Africa and we were reminded by every South African we met that Durban would be the revenge and that the chances of the Lions survival were akin to those of a snowball on the slopes of Hades itself.

My former housemate in Durban, Peter, a provincial level off-spin bowler, had sorted the tickets; we walked the short stroll from Durban Collegians Club to the immense Kings Park stadium, a ground with seat terraces so steeply angled that one felt compelled to wear a seatbelt (or a parachute) in case you fell into the frightening abyss below, and one that stands as a huge isolated monolithic structure to all the surrounding playing fields. The smoke of beef and boerewors braais in the car park was so strong it made your eyes sting and the tension in the humid KwaZulu-Natal air was so thick you could cut it with a knife.

These were the times of embryonic professionalism; where old met new and where change and adaptation was at the forefront of everything about the series. There were few organised tours like there are today and no sea of red for the Lions to bathe in, rather an ocean of deep green punctuated with the gold of the Boks in a land where Lion hunting was a commonplace pastime. In short, I have never experienced an atmosphere like it in the 250 Tests I have attended both as a fan and a professional rugby correspondent for Planet Rugby and I am sure I never will.

Make no mistake, this was two teams at war; one fighting for ultimate supremacy, one desperate for survival.

As we approached the ground, Peter explained our tickets were split – he was on one side of the ground and his brother, Dad and I on the other and so we split up to take our seats. (Hold that thought).

As the hour approached, the intensity increased, with the crowd rallied to a frenzy by an incredible Zulu warrior display on the pitch, something that so fittingly set the scene of what was to follow. As the Zulus left, so the teams ran out. A lasting memory was the speed with which the Springboks, led by Gary Teichmann, ran out – man-after-man sprinting out like players completely intoxicated with the task ahead and every one of them prepared to put their lives on the line for their proud country.

The first 20 minutes of the Test were simply the most brutal I have ever witnessed.

People talk about the pace of the modern game, but with no TMO, no neutral assistant referees and a series to play for, let’s just say that no quarter was given as both teams hammered each other breathlessly. Andre Venter and Lawrence Dallaglio are said never to have spoken to each other until the day they retired, yet that day the gifts they exchanged, both legally and illegally, needed to be seen to be believed, as punches, cheap shots and gamesmanship abounded from these two giants of the back-row.

Only one side in it

In fairness, there was only one side in it and it wasn’t the Lions.

South Africa were absolutely compelling all half and were unlucky only to score one try, with their kicker, Percy Montgomery on debut, missing each of his four attempts on goal. The writing was on the wall and the Springboks were dominant.

Within a blink of an eye that first half was over. The Lions had spent 40 minutes defending for their lives. I well recall vaguely wondering what the score was and looking to see the big electronic board showing the Lions ahead, 6-5 at half-time. I could not believe my eyes. Surely South Africa were 10 points ahead? They must be? How can they not be after that half of dominance?

However, they were not and it was the defence of the Lions, with Tim Rodber, Richard Hill, Scott Gibbs and Dallaglio putting in shifts that defined every one of their glittering careers, that had remarkably kept the visitors in front.

The half-time chat in the stands was simple; how many would the Boks score in the second half? How many would they put on the hapless Lions? As we ate our ‘Eskimo Pie’ ice cream and drank our Castle beer, I had a feeling of despair as the win I’d hoped for seemed impossible.

As South Africa started the second half, within a blink of an eye, Henry Honiball hoisted a Garryowen that almost hit the moon, Neil Jenkins fumbled and Honiball, following up, robbed Alan Tait of a ball on the Lions 22 to send the debutant Montgomery flying over. And, as far as the result was concerned, that seemed to be that.

But no. This was not a Lions team that were prepared to give in, and slowly but surely, with pressure and sublime goal-kicking from Neil Jenkins, they clawed their way back, led by the sheer brutality of Gibbs in midfield, who was so destructive he was lucky not to be charged with a public order offence. Then, deep into the second half, he made the psychological blow that almost terminated South Africa’s belief as he hit the behemoth Os du Randt so hard that he was in danger of triggering alarms signalling seismic activity on the KwaZulu-Natal coast.

A litany of penalties saw the scores levelled after 62 minutes at 15-15, the heat and humidity adding to the tension of the night with the Springboks camped in the Lions half, desperate for that telling score.

Then, without warning, Jeremy Guscott ripped the ball out of Honiball’s arms at a ruck and, as the ball went loose, Keith Wood, the Raging Potato himself, fly hacked fully 40 metres into the arms of Andre Joubert, who was forced to seek the safety of touch on the 22 as Wood followed up on his own kick.

There’s a school of thought that suggests time stands still as you reach the moment of death and, as the Lions won the lineout, so the Springbok hopes were killed.

I will never forget the moment as long as I live – it happened in slow motion – the floodlights picking out the beads of sweat as Guscott caught the ball and kicked the hammer blow of a drop goal that sealed the series.

Whilst time might stop still at some points, the following five minutes seemed endless, as wave upon wave of Bok pressure was ended by some near miraculous defence. Eventually, Jenkins dropped out to touch, the referee blew the final whistle and the Lions fans, maybe 10,000 tops, erupted.

I stood in the middle of the terrace, crying, sobbing – it was an unbelievable experience, one I felt I shared blow-for-blow, tackle-for-tackle, kick-for-kick with my team. Every Bok supporter that went past me smiled, or offered congratulations – they realised too that they had witnessed one of the greatest of all Test matches and to a man, they were as humble in defeat as they are loud in victory.

As I got back to Durban Collegians Club, where my journey started that day, I walked in to see my mate Peter, who had supplied my tickets but had told us that his ticket was on the other side of the stadium, sitting on a stool by the bar: “Where were you seated?” I enquired, trying hard not to gloat.

“Here, in the bar,” Peter replied.

“Boet, I could only get three tickets – they were impossible to get so I gave you mine and my brother and my dad had the others – but had I told you this beforehand, you’d never have accepted the ticket, refused to go and I wanted you to see the game, so I lied to you,” was his incredible reply.

That was the moment I understood rugby – the camaraderie, the closeness of sporting friendships, the respect between fans and, above all, I recalled the words of Willie-John McBride, the greatest Lion of all: “It matters greatly who is going to win, but it matters not at all who has actually won.”

He’s right of course, but hell, winning beer is the best beer of all.