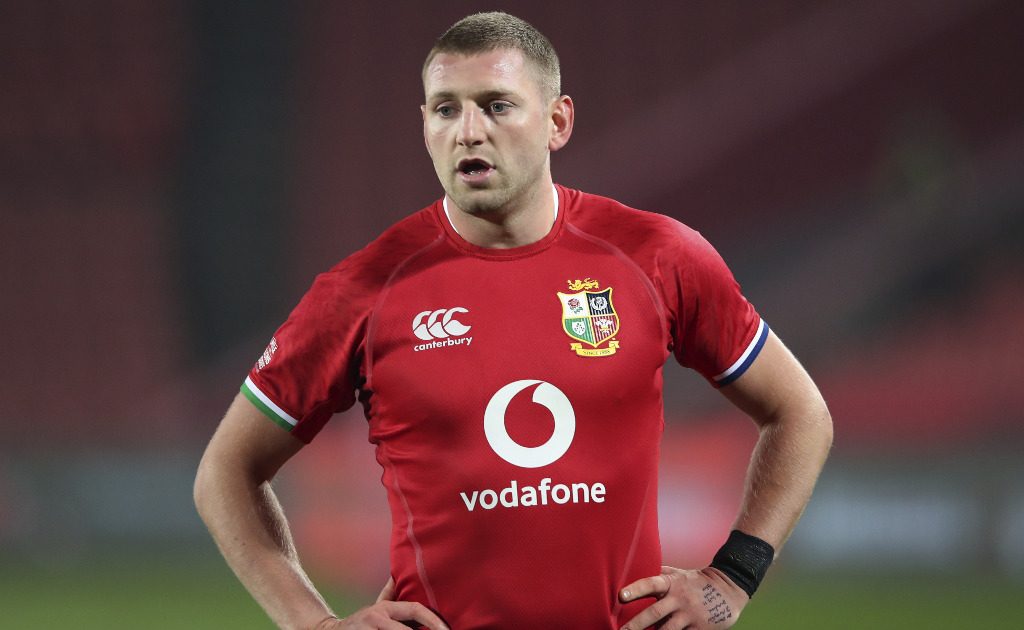 Finn Russell could be in contention for the British and Irish Lions’ second Test against South Africa after recovering from his Achilles injury.

Russell suffered a small tear to the tendon against the Sharks on July 7 but was kept on tour in the hope that he would heal in time to play a role in the series against the Springboks.

With Dan Biggar undergoing return to play protocols after being concussed in Saturday’s 22-17 victory in the first Test, placing his ongoing availability at fly-half in doubt, Russell’s return to fitness is well timed.

“All being well, Dan should be available to train on Thursday and Finn will start to train with us today,” defence coach Steve Tandy said.

“Finn could potentially be in the mix, we’ll see how he pulls up. I know he’s been reacting well to training.”

Russell’s progress in training on Monday will be important with Warren Gatland and his assistants gathering in the evening to pick the team for the second Test at Cape Town Stadium.

Owen Farrell, who came on as a second-half replacement in the series opener, and Marcus Smith are also options for the role of chief conductor, but the Lions are sure to give Biggar the chance to recover from his head injury.

Wyn Jones’ prospects look less positive, however, after the Wales prop withdrew from the front row for the first Test because of a shoulder problem that is set to keep him on the sidelines.

“Wyn has a minor injury and will probably be doubtful for the Test match,” said Tandy, who added there is no plan to call-up any cover.

Rory Sutherland replaced Jones at loosehead but he struggled against the Springboks while Mako Vunipola made an impact from the bench, including at the scrum where he has been fallible in the past.

We’ll have a debate tonight (Monday) in and around selection,” said Tandy ahead of Tuesday’s team announcement.

“We’ll talk through the game and probably focus more on where we can get better as a team going into the second Test.

“We’ll have a little bit of a review. There were lots of good performances and lots of areas we can improve on.

“We’ll talk more in selection, but the second half performance of the group shows where we can get to.”

The Lions will take an unassailable 2-0 lead in the series if they topple the world champions on Saturday and while wary of a backlash, they will look inwards to plot the route to success.

“South Africa are the world champions. We know how much of a physical team they are and how much pride they have in their performances,” Tandy said.

“We know that South Africa will bring physicality, we know they’re a smart rugby team.

“But ultimately it’s about us, looking at ourselves and seeing where we can improve.”