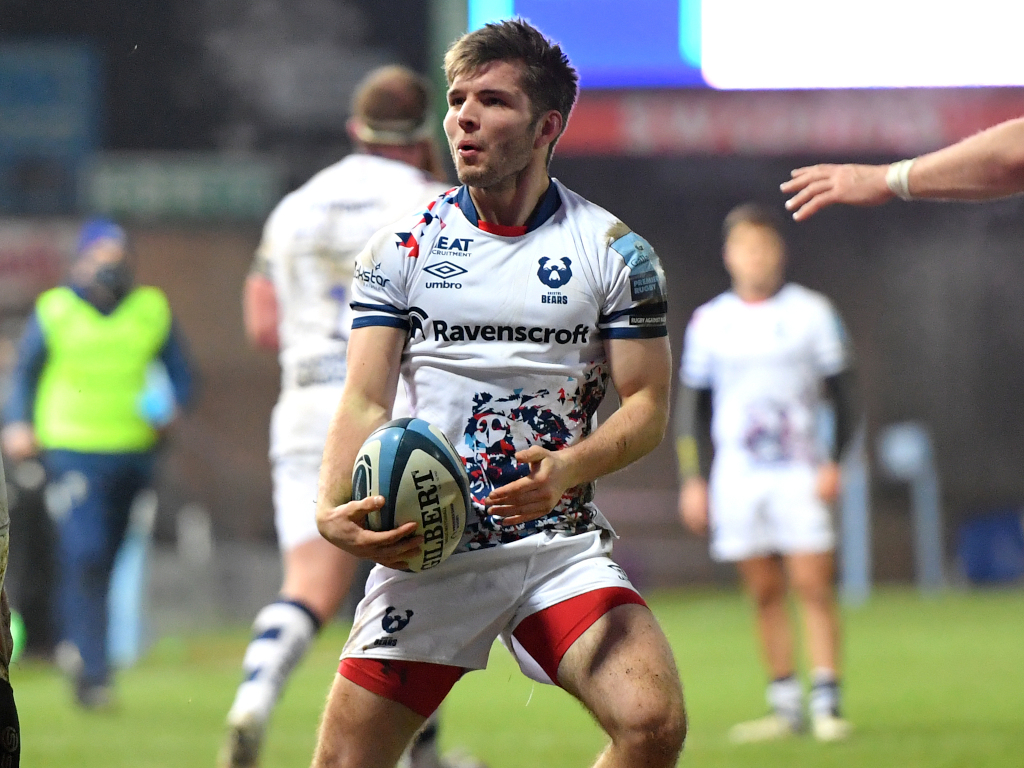 While the top-of-the-table clash never lived up to its billing in terms of being a memorable spectacle, Bristol will not care less.

They moved to the Premiership summit above Exeter with a fifth win from six starts after centre Semi Radradra’s 69th-minute try gave the Bears breathing space in a tight, tense encounter.

Lock Jonny Hill cancelled out Randall’s effort when he crossed for Exeter, with Joe Simmonds converting his try, yet Bristol shaded the key contests and thoroughly deserved a statement victory.

It was Exeter’s second successive Premiership defeat, and they might have a while to stew on it, given the uncertainty surrounding next week’s Champions Cup fixtures because of an anticipated travel ban for French clubs due to the coronavirus pandemic.

Exeter boss Rob Baxter made a number of changes from the side comprehensively beaten by Wasps last weekend, including recalls for England quartet Hill, Henry Slade, Luke Cowan-Dickie and Harry Williams, while full-back Jack Walsh made his first Premiership start.

Bristol created the first chance after Randall sprinted clear from just inside Exeter’s half, and his clever kick was almost grounded for a try by Earl, but Exeter number nine Sam Hidalgo-Clyne got there just before him.

The visitors were not to be denied from their next attack, though, and it was Randall who touched down following a relentlessly-driven lineout, with Sheedy’s conversion opening up a 7-0 lead.

Bristol continued to win the battle for territory and possession, and even when Exeter had the ball they found it tough-going breaking down their opponents.

The game was a stop-start affair with little attacking rugby on show, but Exeter drew level six minutes before half-time.

They tried to move possession left and right, probing for an opening, and it finally arrived in Bristol’s right-hand corner as Hill touched down.

Simmonds landed the touchline conversion, and Exeter began increasing the tempo as half-time approached, but Bristol’s defence held firm and a dour half ended level.

Sheedy kicked Bristol back into the lead through a short-range 43rd-minute penalty, and Chiefs boss Baxter soon made a first change, sending on Scotland international lock Jonny Gray for Will Witty.

Exeter then suffered an injury scare when skipper Simmonds required treatment to his ankle, but he was able to continue, albeit with considerable strapping at the bottom of his left leg.

Both packs continued to slug it out, but Bristol still had a sense of adventure about them, and substitute Ioan Lloyd’s thrilling break and kick ahead almost led to a second try for Randall, yet brilliant defence by Chiefs number eight Sam Simmonds prevented a certain score.

Bristol did not have to wait long, though, and Fijian star Radradra rounded off a lengthy spell of pressure deep inside Exeter’s 22 to claim the game’s decisive score, and the champions were finished.