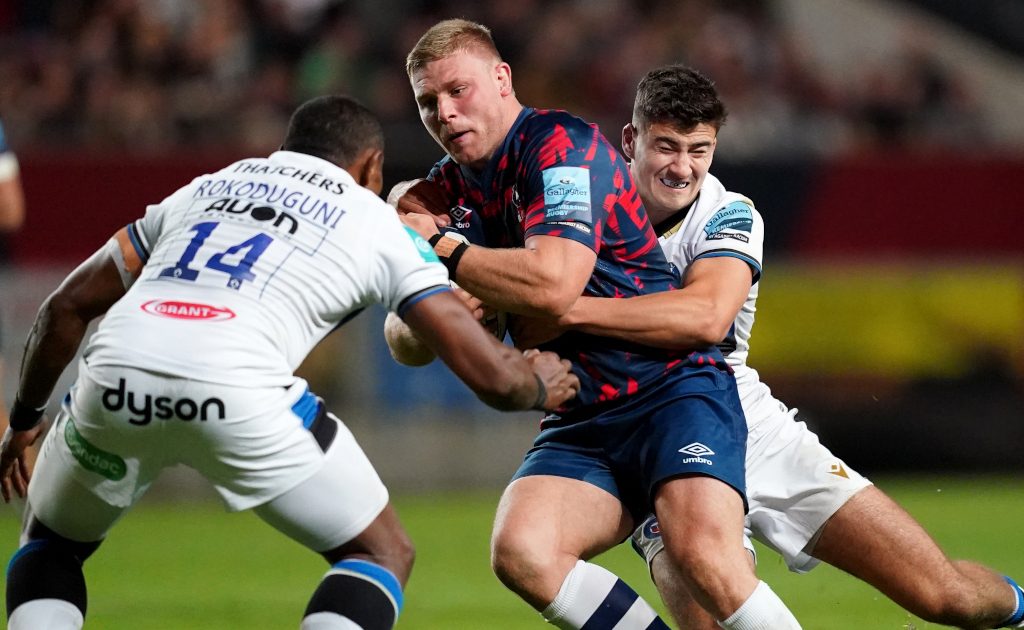 Bristol Bears got their season up and running after they came from behind to beat rivals Bath 25-20 in the Premiership on Friday.

The Bears, league semi-finalists in each of the last two campaigns, had started the season with two losses but a second-half rally saw them home from nine points adrift.

A penalty try and touchdown from replacement hooker Jake Kerr erased Bath’s advantage, leaving the visitors to reflect on their worst start to a Premiership season since 2005.

Bristol claimed a first-half try by captain Steven Luatua, while fly-half Callum Sheedy kicked two penalties and a conversion as they climbed off the Premiership basement.

Wing Will Muir scored two tries for Bath and there was also a touchdown by Semesa Rokoduguni, with fly-half Orlando Bailey adding a penalty and conversion, yet a losing bonus point will not have masked their frustration.

Bristol prop Kyle Sinckler became the first of England’s British and Irish Lions in South Africa this summer to make a Premiership return.

Bath were bolstered by lock Josh McNally’s return following a shoulder injury, while prop Will Stuart made a first appearance since May and Tom Ellis featured in the back-row.

Sinckler made his presence felt just seven minutes into the contest, exerting sufficient pressure that his opposite number Beno Obano collapsed a scrum and Sheedy kicked the resulting penalty from 48 metres out.

Bath then went close from their first attack, but skipper Charlie Ewels knocked on close to Bristol’s line and the home side were handed a reprieve.

It did not last long, though, as Bath went ahead through a 17th-minute try for Muir, who cut back inside on a sharp angle and brushed off some weak tackling to claim a try that Bailey converted.

England head coach Eddie Jones looked on as Bristol struggled for fluency, and Bath deservedly extended their advantage 13 minutes before the break when Bailey kicked a short-range penalty.

Bristol desperately needed some inspiration and it arrived on cue from their captain Luatua, who showed a turn of speed inside Bath’s 22 before throwing a dummy pass and touching down unopposed.

Sheedy failed to land the conversion, yet Bristol were back in the contest as half-time approached.

But Bath added a second try, after centre Max Ojomoh’s effort was disallowed following a knock-on, when flanker Sam Underhill found Rokoduguni with a brilliant pass to make it 15-8 at the break.

Rokoduguni began the second period by putting his team under pressure when he committed a high tackle inside his own 22, handing Bristol a strong attacking platform.

Although the home side could not register a try, they collected points when Sheedy kicked a penalty to cut the deficit to four midway through the third quarter.

Bath, though, collected a third try after 52 minutes when Muir finished superbly following outstanding approach play by his colleagues that included sharp work from Ojomoh after a clever kick into space by Bailey.

It looked promising for the visitors, but Bristol responded when referee Ian Tempest awarded them a penalty for Bath pulling down a maul as the home pack drove relentlessly from close range, with Ellis also sin-binned.

Ellis’ team-mate Tom Dunn then also collected a yellow card and Bristol immediately punished their opponents through Kerr’s clinching try, and they held on despite late Bath pressure.