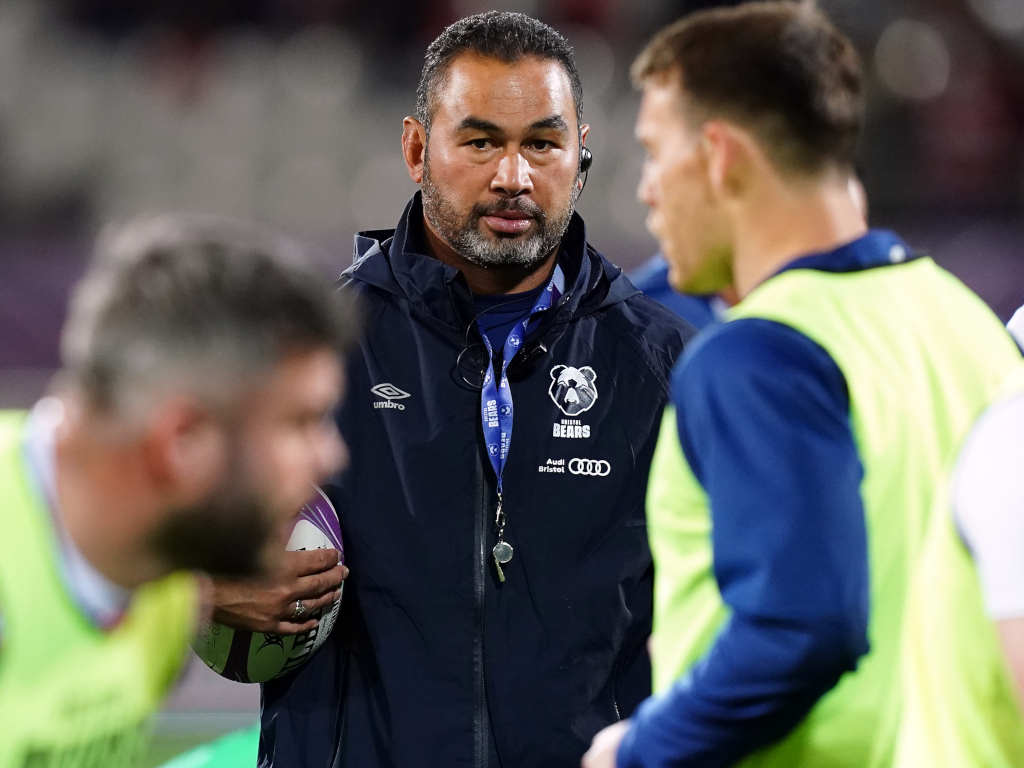 Bristol Bears head coach Pat Lam insists his players will be ready to step into next weekend’s Premiership final and try to double up after winning the European Challenge Cup for the first time in their history.

The Bears beat Toulon 32-19 in Aix-en-Provence to become the ninth English Premiership side to take the title.

The victory came a week on from Bristol’s defeat to Wasps in the Premiership semi-finals, but Lam confirmed that they have been put on standby to play in the Twickenham showpiece against Exeter Chiefs after Wasps had seven positive coronavirus tests.

“We obviously want Wasps and Exeter to meet in the final because they thoroughly deserve to be there and that’s the final that should happen,” said Lam.

“But in the world in which we live in with COVID we don’t know. We have been told we are on standby, so if we are told we are in the final we will get everyone together and say let’s go.

“It is just the world we live in at the moment. Things turn all the time, but we certainly hope Wasps and Exeter make it through.”

The Chiefs will be hoping to make it an English double in Europe by winning the Champions Cup for the first time at Ashton Gate on Saturday when they face Racing 92.

Bristol, who have now returned home, will no doubt be casting an eye over proceedings rather than celebrating a winning end to their season.

“I said to the players before the game, let’s go out and celebrate who we are and what that means. The way we play the game, our culture, the bit of love we have for each other,” said Lam.

“The emphasis was about having a bit of joy. We knew we were going to be under pressure against a massive Toulon side. We came through it by sticking to the Bears way.

“The players did it on behalf of the whole squad and the saddest thing was that we couldn’t have everyone with us – Steve Lansdown and our captain, Steve Luatua. Congratulations to him and his wife, Olivia, on having a little girl 45 minutes before kick-off.

“Our whole vision was to inspire our community with some rugby success. This is a moment of inspiration, but we have to go back and get better.

“We aim to get better with every game and we are growing, but there is still a long way to go. It is still good for our development to have won a really good trophy.”

How important was their start in claiming the #ChallengeCupRugby trophy? pic.twitter.com/TAGF6xT5jc

England flanker Ben Earl, on loan from Saracens, was voted man of the match, while Sheedy gave Wales coach Wayne Pivac a nudge with his points haul a week before Wales face France in Paris to start their international campaign.

“It’s one of the first trophies Bristol have won in I don’t know how long. We were so calm and so controlled out there, even when we were behind, and we trusted in our system,” said Earl.

“I’m just so proud of the boys and our defence showed the character of the team. We’ve had a bit of a tough journey since being together in lockdown – some highs and then huge lows like last weekend.

“The mood in the camp after the Wasps result was very low and it took a lot to bounce back. But there was a confidence among the group that we were going to get the job done.

“You could tell the feeling was there right from the start of the game.”