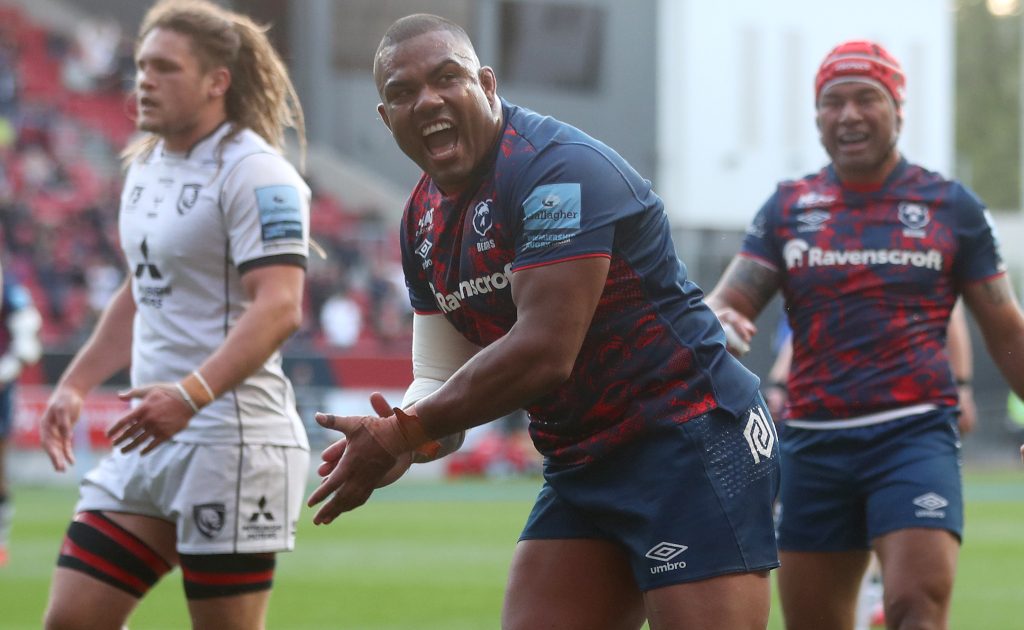 Bristol director of rugby Pat Lam expects to have British and Irish Lion Kyle Sinckler firing on all cylinders in time for the Premiership play-offs.

Bears prop Sinckler missed last weekend’s win at Leicester due to hamstring tightness and is a doubt for Saturday’s regular-season finale at home to London Irish.

Fitness issues aside, the 28-year-old goes into the business end of the domestic campaign on the high of being a late addition to Warren Gatland’s Lions squad following an injury to Ireland tighthead Andrew Porter.

Not yet back to peak condition

Lam admits the England man is not yet back to peak condition and believes ongoing work with the club’s medical team prevented his muscle problem being more severe.

“He’s not quite fully fit but he should be fully ready to go for semi-finals rugby,” said Lam, whose side sealed a top-two finish with their 26-23 victory over Tigers at Welford Road.

“Thankfully, the work that he has done with our RTP team (return to perform) over the season, where they’ve really looked at his history of injuries and strains and then put a phenomenal programme (in place) for him to strengthen a lot of his key muscles as a scrummager and a dynamic rugby player (has paid off).

“It would be fair to say when we look back at the injury he suffered on Thursday (ahead of Leicester), if he hadn’t done that work that could have been a lot more serious and it’s a real credit to Kyle and the work he’s put in and really bullet-proofed a lot of his key muscles.

“When it first happened, I thought, ‘Oh no’. The great thing is since then the scan revealed he could be back pretty soon and then obviously he got the news for the Lions.

“He should be fully fit and ready to go semi-final week.”

That would result in a play-off semi-final meeting with Sinckler’s former club Harlequins at Ashton Gate followed by a potential Twickenham showdown against either Rob Baxter’s Chiefs or Sale on Saturday, June 26.

Sinckler was left distraught after originally being overlooked by Lions coach Gatland a month ago but has been in fine form since, prior to his injury.

With the Bears seeking a maiden Premiership crown, Lam feels the player’s late call-up for the summer tour of South Africa could give him an extra edge going into a crucial couple of weeks at club level.

“I’m sure it will but I don’t think it will change Kyle in the sense of that’s what Kyle does anyway. He’s got such high standards,” said Lam.

“Certainly it’s a huge boost for him in the context of everything that has gone on but it won’t change to me what Kyle does regardless of whether he’s in the Lions or not. He’s a great pro.”