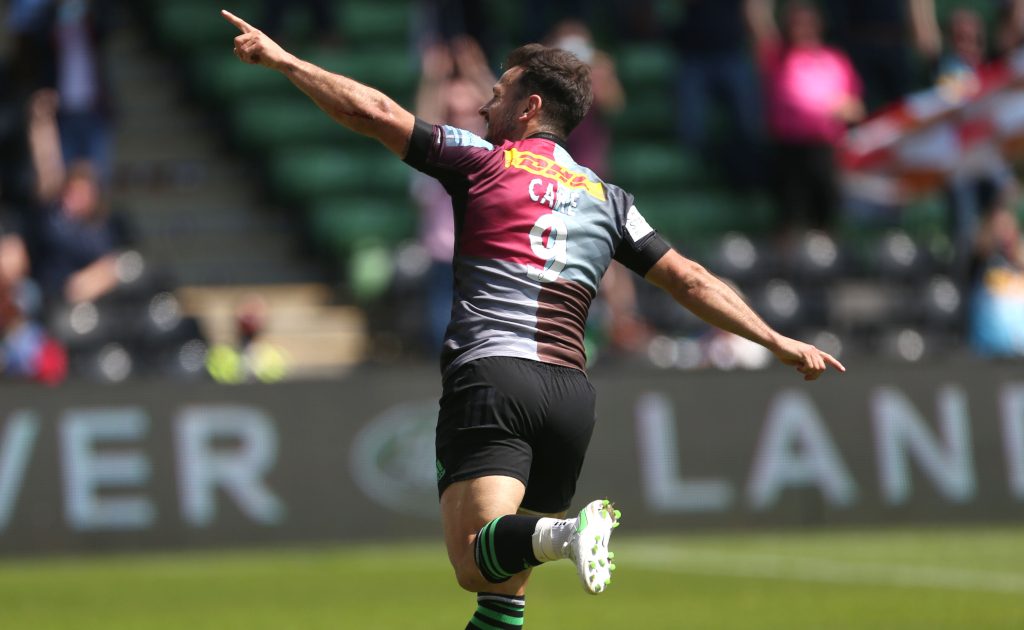 Care and Quins head to Ashton Gate on Saturday, where regular season table-toppers Bristol stand between them and a place in next week’s Premiership final at Twickenham.

While Bristol might have finished 14 points above Quins in the league and beat them twice this term, Lam fully acknowledges their danger.

Quins scored more Premiership points than any other team this season, averaging almost 32 a game, while their 89 tries across the domestic campaign was bettered only by Exeter.

Scrum-half Care claimed 12 of those touchdowns, hitting such consistent form that he was tipped in many quarters to gain a British and Irish Lions squad place for this summer’s South Africa tour.

The 34-year-old ultimately missed out, and it is approaching four years since he won the last of his 84 England caps, but Lam has no doubt about Care’s quality – and his impact on Quins half-back partner Marcus Smith.

“Quins have been on fire,” Lam said.

“There are no shackles at all, the way they play, and there is some serious experience with Danny Care.

“He’s playing the best rugby of his career, I would say, and he has got a great smile on his face.

“I think part of the reason Marcus Smith has gone to another level is because of Danny, and then with (number eight) Alex Dombrandt as well, they have got a good spine in their team.

“Marcus has shown his whole skill-set and maturity. He is driving Quins, along with other decision-makers.

“I remember when he was 18 or 19 and playing for Quins, you could see the talent.

“I love the game, I love entertainment, I love expression, so it’s great to see him, Danny and a lot of the others at Quins certainly enjoying their rugby, which is good for the game of rugby.

Bristol lost in the play-offs last season, suffering a 47-24 defeat against Wasps, but they have headed the table and shown impressive consistency for most of this term.

Lam added: “Semi-final rugby, the biggest lesson we took out of last season is that we were disappointed as a team because we didn’t play our best rugby and we want to make sure that we give ourselves every opportunity by playing our best rugby.

“It is about a one-off game and getting the preparation right. It’s a semi-final – winner takes all.

“Everyone watching the way they (Quins) play and the way we play, there is a good chance it will be pretty open.

“These next two weeks are about which team gets to put the flag in the mountain, because that’s what is remembered.

“After this weekend, only two teams will have the opportunity to put the flag in.”