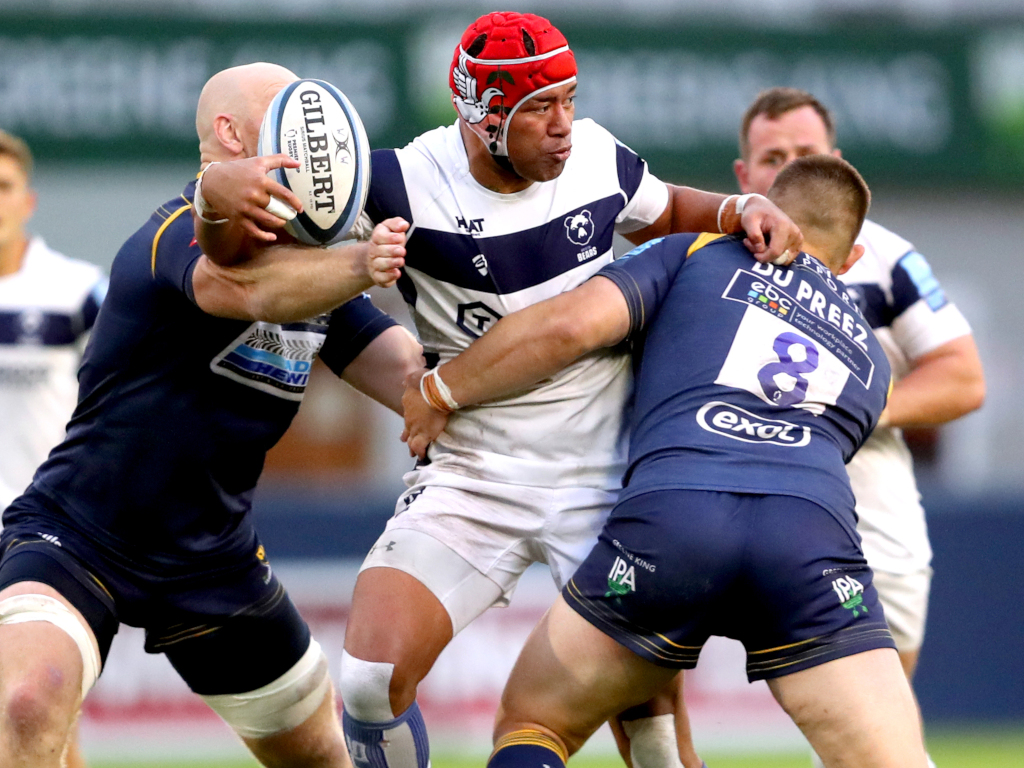 Bristol Bears have appealed the three-match suspension handed down to centre Siale Piutau, who was punished for punching Worcester’s Andrew Kitchener on Friday.

A brawl broke out in the latter stages of the game last week, which resulted in Kitchener being sent off and Piutau being yellow carded by referee Wayne Barnes.

The Bristol player’s sanction was duly upgraded by an independent panel, who deemed the incident worthy of a red and a ban – the same as the Warriors second-row.

Bears boss Pat Lam was furious with the outcome, stating prior to their encounter against Northampton Saints that the two players shouldn’t have received the same suspensions.

“I’m just extremely frustrated,” he told BT Sport. “When I look at Siale Piutau and the person he is, the leader he is and the man he is – in the judiciary process of both Andrew Kitchener and Siale Piutau, the messages and the inconsistency is the difficulty that I’m struggling with because Siale is being attacked by two guys.

"You've got to have self-defense. You should be able to defend yourself if someone attacks you lie that."

"Things have got to change…" pic.twitter.com/8q9xCbhLy2

“He is 5ft 11. 6ft 7, 6ft 6 are coming at him. Our game should be a safe place but for two guys to come at him, particularly one, and start swinging at him. Our process means you’re not allowed to strike back.

“But if he doesn’t strike back, if he doesn’t defend himself, which in common law you can defend yourself but on the rugby field you are not allowed to, you have just got to take it… it was an unprovoked attack. He [Kitchener] came at him – but the message is that you can do that, start a fight, punch someone and it’s the same penalty for both.

“And also to be able to swear at a referee and not be charged on it, and the inconsistencies when we talk about some of the hits that were going in there, there needs to be real clarity and a shake up because the message that came out of that is wrong.”

The hearing will take place later on Thursday with the panel comprising of Sir James Dingemans (chair), Sam Hillas QC and Becky Essex.