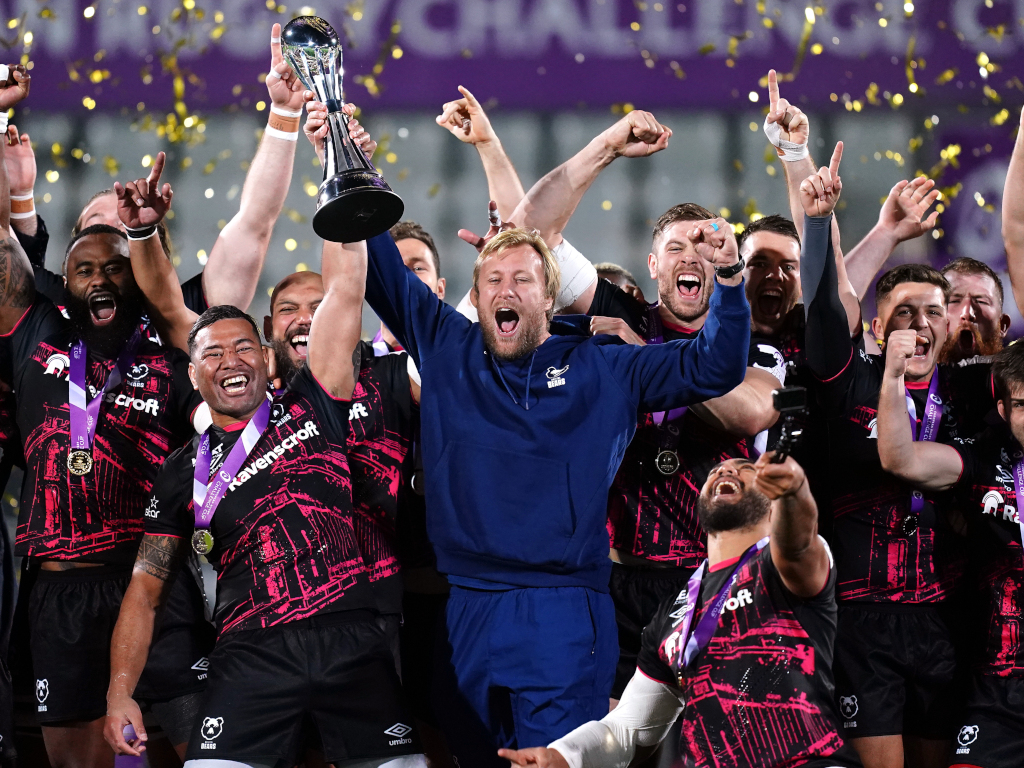 Bristol Bears produced a superb display to win their first ever European title following a thoroughly deserved 32-19 triumph over Toulon in the Challenge Cup final at the Stade Maurice-David.

Harry Randall scored the opening try of the game after just 15 seconds to give the Bears, playing in their first European final, a dream start.

The Bears found themselves 19-13 down with 52 minutes on the clock but stepped up their game to secure victory with fly-half Callum Sheedy converting eight out of eights kicks for a 22-point haul to earn Bristol their first piece of silverware since 1983.

Bristol arrived for their first European final without three key players. Charles Piutau was ruled out with a hamstring injury, number eight Nathan Hughes missed out with a rib problem and skipper Steven Luatua pulled out the day before the game to stay with his wife for the birth of their daughter.

Bristol’s sensational start came after Semi Radradra gathered the kick-off and the Fijian centre attracted the attention of three players as he looked inside and ran towards the left touchline, pulling Bryce Heem off his wing.

A brilliant pass out of contact to wing Alapati Leiua allowed the Samoan to race up the touchline to half-way before transferring back inside to the supporting Radradra. Scrum-half Randall then scampered 40 metres to the line to open the scoring.

Sheedy added the wide-angled conversion and then a penalty to make it 10-0 inside the first four minutes. Toulon were shell-shocked, but quickly galvanised themselves and took full advantage of a dropped ball at a risky run-around move in the Bristol midfield near their 10-metre line.

Quick hands provided Heem with a simple run to the line and Louis Carbonel added the extras.

Bristol thought they had picked up a second try shortly after Toulon had made a hash of the restart.

The Bears kicked a penalty to touch and then drove the ball over the line. Referee Andrew Brace awarded a try to hooker Harry Thacker, but then had to rule it out when the TMO showed him that the ball had been dropped over the line.

Carbonel levelled with a penalty in the 21st minute and then Bristol had a second try awarded on the field ruled out by the TMO. This time it was Joe Joyce who had his score rubbed out for a final forward pass from Radradra.

Carbonel then gave Toulon the edge going into the break with two penalties in the space of four minutes to make it 16-10 to the Top 14 side.

Bristol brought on Jake Heenan to replace Chris Vui in the back-row at the start of the second half and were then forced to replace Radradra after an hour.

Sheedy and Carbonel swapped penalties in the early stages of the second half before the new Wales squad outside half brought Bristol back on level terms with two long-range shots in the space of three minutes.

Better was to come after Toulon lost a lineout in the 22 and hacked clear. Bristol countered from halfway and full-back Max Malins side-stepped his way between the Toulon centres before running 40 metres to the line for a try that Sheedy converted.

Sheedy added two more penalties to complete the job and help to make up of the disappointment of losing to Wasps in the Premiership semi-final.