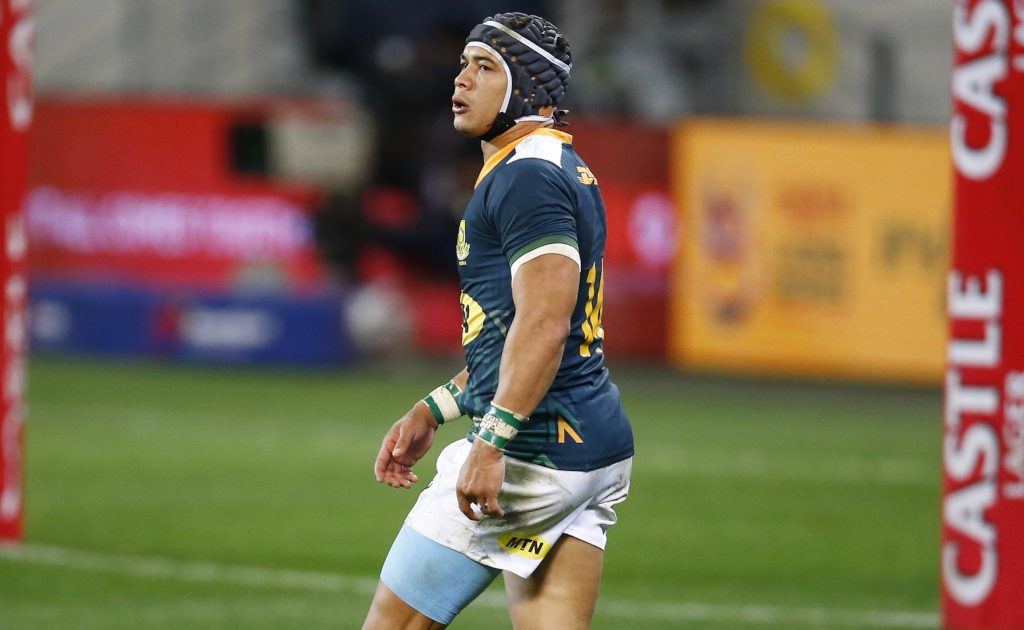 Cheslin Kolbe has lit up the world game over the past couple of years, starring for Toulouse before translating that form onto the international stage.

The wing produced one of the great moments in the World Cup as he scored a scintillating individual try against England in the final to secure the title for Rassie Erasmus’ men.

Kolbe also set up Lukhanyo Am’s effort for South Africa ‘A’ last week with a stunning left foot step and burst of acceleration, but De Villiers, who was in charge during the 2009 Lions series, believes that the Springboks could do more to unlock his full potential.

Failing to inspire the youngsters

“The Springboks are the world champions and we all are grateful for that. But I don’t think people will copy that style of play,” he told the Daily Mail.

“Cheslin Kolbe is one of those individuals that comes around every 12 or 13 years. He’s somebody that children want to follow. A hero.

“But do you think he is in a team that creates enough opportunities for him to live out this greatness? Or does he have to wait for somebody who kicks the ball into his hands? I don’t think we use him to the best of his ability.”