Home News Bonus-point wins for Leinster and Scarlets in URC 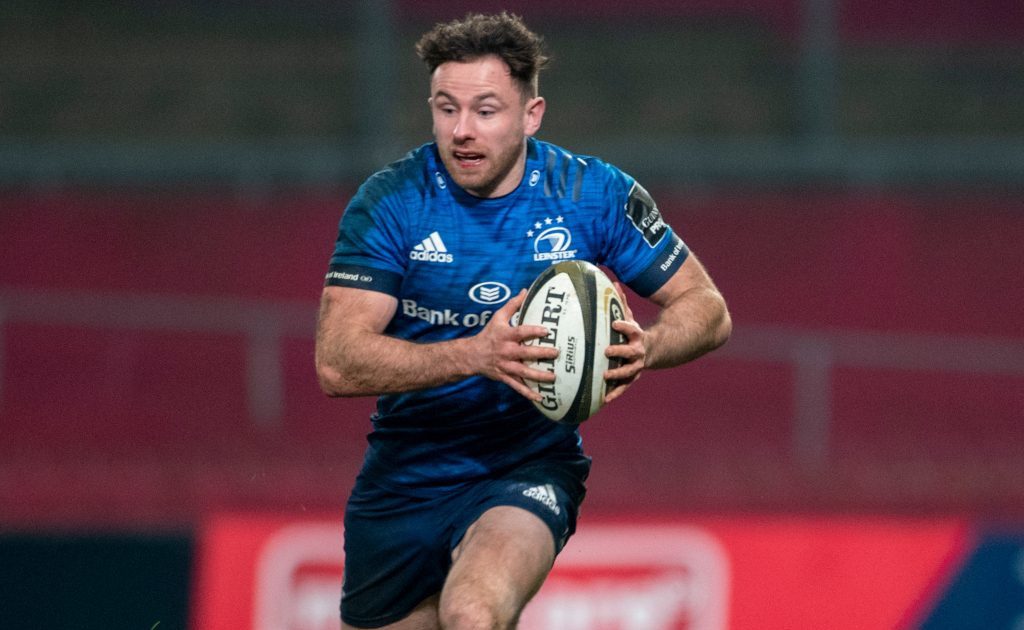 The hooker came off the bench to go over from close range and claim the extra point two days after being included in Andy Farrell’s squad for the Autumn Nations Series.

Warriors were looking to repeat their recent Rainbow Cup win over Leinster and came into the game on the back of a three-match winning streak in the United Rugby Championship. But they were behind inside five minutes and only briefly threatened a comeback.

Tries from Ronan Kelleher and Hugo Keenan put Leinster in command before Jack Dempsey grabbed his first try for Warriors in the 38th minute, seconds after Jack Conan had been sin-binned.

The visitors kept Danny Wilson’s side at bay while a man down and Adam Byrne and Sheehan had the bonus point wrapped up by the hour mark before Lewis Bean got a late consolation.

Ross Byrne quickly got Leinster in front with a penalty before setting up Kelleher on the right wing. The hooker showed pace, power and good footwork to finish. Ross Byrne kicked Leinster into a double-figure lead inside the 10-minute mark.

Warriors were getting some joy with some inventive lineouts but could not make the most of their limited chances with the ball at hand in the Leinster 22.

Ross Thompson got them off the mark with a penalty but the away side extended their advantage after a good spell of possession and quick ball. James Lowe set up Keenan to go over and Ross Byrne continued his 100 per cent kicking record this season.

Leinster survived claims for a penalty try after Keenan challenged fellow full-back Thompson at a high ball with the hosts having to settle for a five-metre penalty.

They soon got another one after Conan was penalised for playing the ball on the floor. Dempsey went over after Ryan Wilson had made a charge for the line.

Glasgow had plenty of possession in the opening stages of the second period but made little progression and Adam Byrne crossed for his third try of the season after Ross Byrne’s scooped pass had put Warriors in trouble.

Sheehan crossed as Leinster showed their prowess in front of the line and Ross Byrne added the two points.

Warriors looked bereft of ideas and urgency in the face of Leinster’s dominance but Bean forced his way over in the closing stages after Jamison Gibson-Park had been shown a yellow card for lashing out at Ali Price.

Scarlets hang on to beat Benetton

Scrum-half Dane Blacker scored two tries as the Scarlets picked up a morale-boosting 34-28 bonus-point win over Benetton in Llanelli.

After heavy defeats at the hands of Munster and Leinster, the Scarlets badly needed a victory and succeeded by racking up four tries against their Italian visitors.

Two came from Blacker and the others from Rob Evans and Marc Jones. Dan Jones kicked three conversions and a penalty, with Angus O’Brien adding a penalty and a conversion from the bench.

Thomas Gallo scored two tries for Benetton, while Dewaldt Duvenage and Tommaso Menoncello also went over and Rhyno Smith converted all four as they picked up a pair of bonus points for the second week running.

The Scarlets had the better of the opening exchanges, with Steff Evans testing the opposition defence with a couple of lively runs.

However, that period was dominated by a litany of handling errors before the home side deservedly took the lead.

From a ruck on the Italian 22, Blacker made a sharp break before Rob Evans finished off a succession of forward drives by powering over.

That score gave the hosts the confidence to move the ball and within three minutes they scored a splendid second.

Swift passing from inside their own half gave captain for the night Scott Williams the opportunity to sell two dummies and provide Blacker with an easy run-in.

Benetton soon responded with their first try when Monty Ioane made the running for their skipper Duvenage to race over. The final pass appeared forward although the officials considered a number of television replays.

The visitors continued to have much the better of the second quarter, with the Scarlets fortunate to escape the concession of further points and retain their 14-7 lead at the interval.

After the restart Benetton continued their onslaught and drew level when prop Gallo burst away from a maul 20 metres out and held off two Scarlets defenders to score.

The home side looked in trouble but stemmed the tide when Dan Jones kicked a penalty before hooker Marc Jones finished off a formidable line-out drive for the Scarlets’ third.

However, the visitors would not lie down, with Gallo forcing his way over for his second and Smith’s third conversion leaving the Italians three points adrift going into the final quarter.

The Welsh region calmed their nerves with their bonus-point try. A wonderful one-handed pick-up from Williams saw him burst away to give Blacker a second, but the Italians secured their two losing bonus points when Menoncello intercepted O’Brien’s pass for their fourth try.