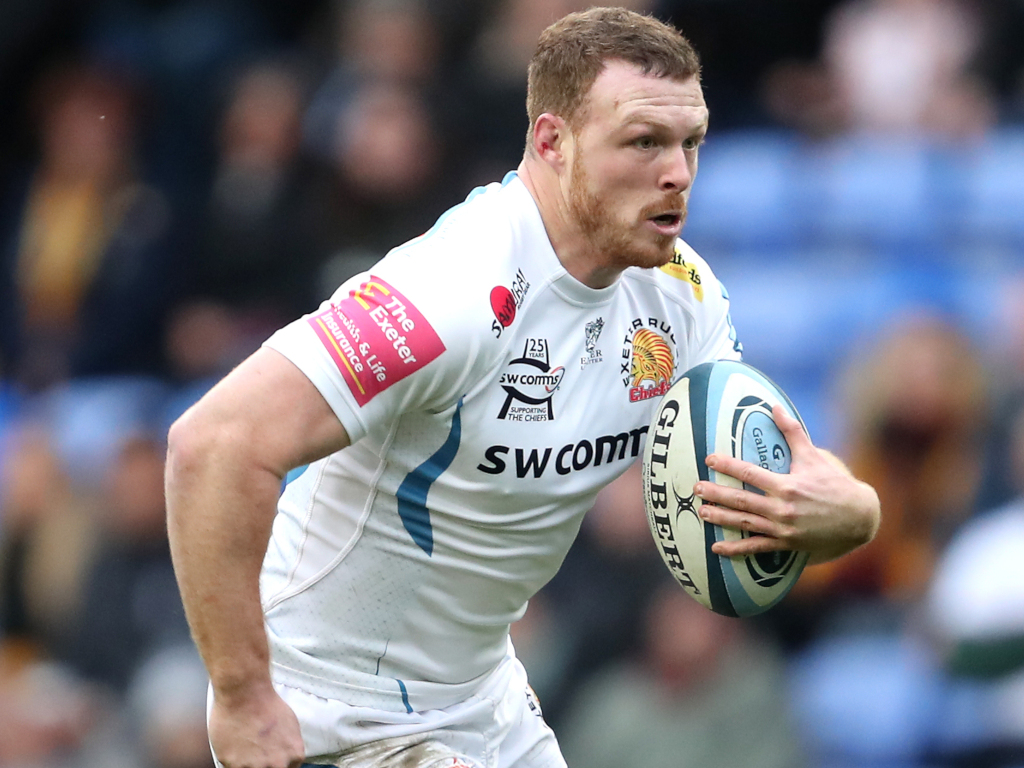 Exeter number eight Sam Simmonds scored a hat-trick of tries as the Chiefs got their Premiership title defence off to a winning start with a bonus-point 33-3 victory over Harlequins at the Stoop.

Just 27 days since securing last season’s crown, the champions looked rusty in the opening quarter but a superb solo effort from Simmonds turned the game the Chiefs’ way.

After the interval, the outstanding Simmonds added two more scores with Dave Ewers and Stu Townsend also on the try-scoring sheet.

Smith began by missing a straightforward 30-metre kick but after 13 minutes the fly-half was on target from a similar range to give Quins an early lead.

However, two minutes later the home side suffered a blow when lock Matt Symons was led from the field with a leg injury to be replaced by Glen Young.

Smith’s penalty was the only score of an evenly-contested opening 20 minutes, but the try-line was barely threatened with the sole highlight coming from a excellent 40-metre run out of defence from Exeter full-back Facundo Cordero.

Harlequins had been marginally the better side but the visitors stunned them by conjuring up a superb try.

On halfway, skilfully timed passing allowed Sam Simmonds to burst through a huge hole in the home defence before the number eight showed express pace to hold off the covering defenders for a breath-taking score.

Brother Joe converted before his side became the dominant force for the remainder of the half, although they were unable to add to their tally as their relentless attack was repelled with some crunching tackles from Quins, who trailed 7-3 at the interval.

After the restart, the Chiefs maintained the pressure and they extended their lead when an unstoppable drive from a line-out saw Ewers crash over.

The hosts continued to contest fiercely but Smith’s tactical kicking was ill-directed and the penalty count went firmly against them so they could not build up any real momentum in attack.

Exeter lost Cordero with an injury but they were able to introduce Luke Cowan-Dickie with the hooker returning after minor knee surgery.

The visitors had a chance to seal victory but Joe Simmonds elected for an attacking line-out in preference to kicking at goal. It proved to be the wrong option as the Chiefs overthrew the line-out and lost possession.

With nine minutes, a similar opportunity arose and this time Exeter made no mistake with Simmonds crashing over from a driving line-out before the back-row forward powered away from 20 metres to complete his hat-trick.

Quins were out on their feet and in the last minute they conceded a fifth try, a close range effort from replacement Townsend.

In an outstanding #GallagherPrem opener at the AJ Bell, #YourSharks edge Northampton to secure all 5⃣ points and a perfect start at home.#SALvNOR | @Boll_Insurance pic.twitter.com/kjZ8ZKMvCo

Elsewhere, Sale began putting the frustration of last season’s controversial ending behind them as they held on to beat Northampton 32-23 in their Premiership opener.

The Sharks were denied a tilt at the play-offs last term when a coronavirus outbreak within their club forced them to forfeit their final regular-season fixture.

They have been backed to make a strong title push this term and they started brightly enough with a four-try win.

Sale, with their strong contingent of South Africans and most of their back division available, certainly began as if they meant business and opened up a 17-0 lead within 20 minutes.

Van der Merwe drove over for an early try by the posts and Du Preez also crossed after Denny Solomona was stopped just short.

United States international MacGinty, who had opened the scoring with a long-range penalty in the third minute, converted both to put the Sharks in a healthy position.

Saints, who lost full-back George Furbank to injury in the opening minutes, needed to respond and they finally got moving as James Grayson took them downfield from a penalty. A maul formed from the resulting possession and Tom Collins was forced over.

Grayson’s conversion and a penalty early in the second half cut the deficit to 17-10, but Sale hit back again as Hammersley crashed over out wide.

Another Grayson penalty kept the visitors interested, but Sale threatened to stretch away as MacGinty broke through the defence for a try with a clever dummy and run.

Northampton, who also had to forfeit last season’s final game, were not quite done and Piers Francis went over from a scrum to keep their hopes alive.

Grayson again converted and Harry Mallinder added a penalty to bring them back within six points but, despite a yellow card for Jono Ross, Sale survived a potentially nervy finish.

Rob du Preez wrapped up the scoring with a penalty five minutes from time.