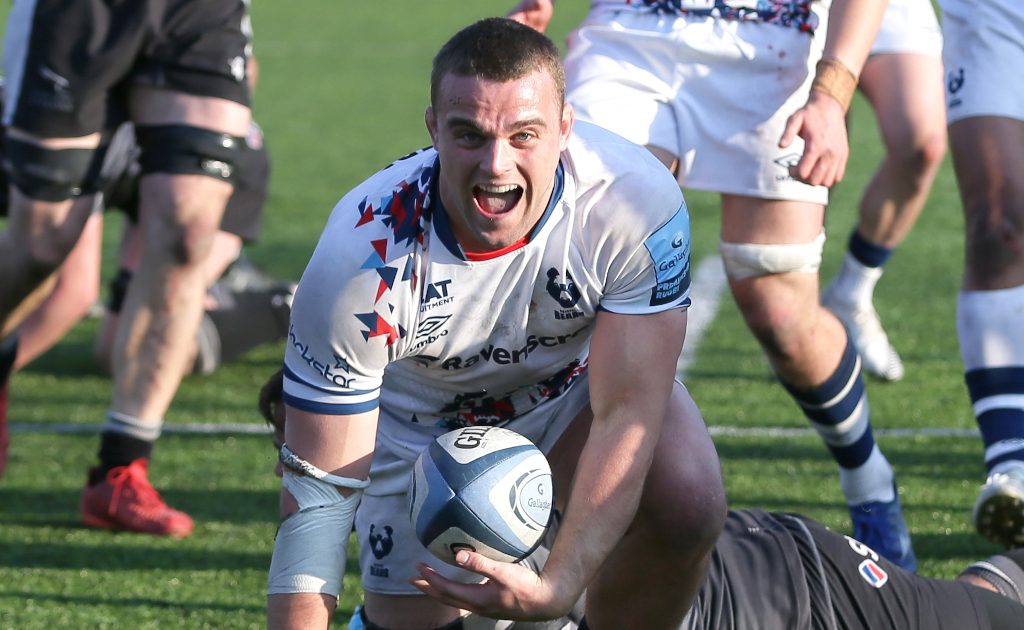 Premiership leaders Bristol put in a scintillating attacking display as they claimed a 34-17 bonus-point victory against Newcastle at Kingston Park.

Max Malins’ brace was added to by tries from Jake Heenan, Luke Morahan and Ben Earl as Pat Lam’s side overcame a slow start to retain their 12-point advantage at the summit.

The opening quarter suggested the game could have produced a different outcome as the Falcons opened the scoring after 16 minutes.

Michael Young intercepted a sloppy Bears pass to run in under the posts and provide Toby Flood with a simple conversion.

Despite being down a player for 10 minutes – Adam Brocklebank having been sin-binned for a late hit on Callum Sheedy – the hosts thought they had added another try through Cooper Vuna in the corner but the ball had been carried back over the line by Morahan.

From the subsequent scrum, Bristol conceded a penalty in front of the posts and Flood stretched the lead to 10-0, and shortening their sports betting odds on a victory quite convincingly.

The visitors hit back three minutes later as smart play down the right exploited an overlap and Heenan charged over.

Ioan Lloyd, on for the injured Sheedy, kicked the conversion and repeated the trick shortly afterwards as Malins put the Bears ahead in style, stepping inside a static Newcastle defence to dot down.

Morahan added a third try for Bristol in the final minute of the half as he raced over in the corner after shrugging off the challenges of Young and Flood.

Lloyd pushed his conversion attempt well wide but was successful with a penalty 12 minutes into the second period to extend the visitors’ advantage.

The Bears gained their try bonus point after 56 minutes as, following a lineout, Earl picked a great line to weave through a series of challenges. The conversion attempt from Lloyd was pulled wide of the posts.

Sean Robinson thought he had the home side back in the game but a knock-on had been spotted in the build-up.

Siale Piutau raced clear from the resulting scrum inside his own 22 but his inside pass to Malins was spilled.

The ball was recycled wide to Niyi Adeolokun, who glided over, but again play was called back for a knock-on after the TMO was consulted.

A fortuitous bounce then helped give Malins his second of the game as a deft chip evaded Jamie Blamire and landed perfectly into the arms of the full-back, who was able to canter over from 20 metres out for a try converted by Lloyd.

Newcastle had the last word as Kyle Cooper barged his way over the line from close range and Flood added the conversion.

Harlequins took advantage of excellent conditions and willing opponents to engineer a 50-26 victory over Worcester that returned them to fourth place in the Premiership.

Quins had the bonus point secured on the half-hour mark as they ran amok at Twickenham Stoop, inspired by their irrepressible half-backs Danny Care and Marcus Smith.

A host of players shone, however, as the Premiership’s bottom-placed team waved in eight tries in a game lacking intensity.

Will Evans crossed two to spearhead the rout and there were also scores for Care, Smith, Andre Esterhuizen, Wilco Louw, Tyrone Green and Luke Northmore.

England assistant coaches John Mitchell and Simon Amor watched from the stands and can only have been impressed by Smith and Dombrandt, Quins’ rising stars who are making compelling cases to be given their Test debuts.

An eventful start produced an early blizzard of tries and was a poor indicator of the one-way traffic to come, the first scored when Care instinctively exploited a blindside that had been deserted by the Warriors’ defence.

Worcester hit back through Billy Searle, but it was his team-mates who orchestrated the try through a series of strong carries and crisp passing, although Quins’ passive tackling also played a role.

Smith took advantage of Ollie Lawrence darting out of the line to create space for Dombrandt and a pass later the supporting Smith crossed under the posts.

But once more Quins paid the price for a lack of urgency in defence as Joe Batley finished another sweeping move that began from inside Worcester’s half.

The clock had just passed the 10-minute mark and while the points briefly dried up, there was no shortage of drama with the rivals taking advantage of the dry weather to mount attack after attack.

Quins’ third try to regain the lead was a classy score, started by Mike Brown’s brave catch with Joe Marchant and Dombrandt also involved until Care sent Esterhuizen over.

South African brute strength was the source of their fourth, with inside centre Esterhuizen bulldozing a path off a line-out before Louw arrived to deliver the killer blow from close range.

It started to look bleak for Worcester as Evans peeled off a line-out drive to touch down virtually unopposed and as Marchant sliced through two feeble tackles early in the second half, there was clearly more misery ahead.

A throw to the back of the line-out brought it about sooner rather than later as the Warriors’ pack folded with embarrassing ease for Evans to claim his second.

Wing Tyrone Green raced over after a period of sustained pressure and with 10 minutes to go Northmore was the recipient of crisp passing from Dombrandt and Marchant.

Worcester had the final say when Richard Palframan and Alex Hearle went over late on, but the result had been decided long ago.