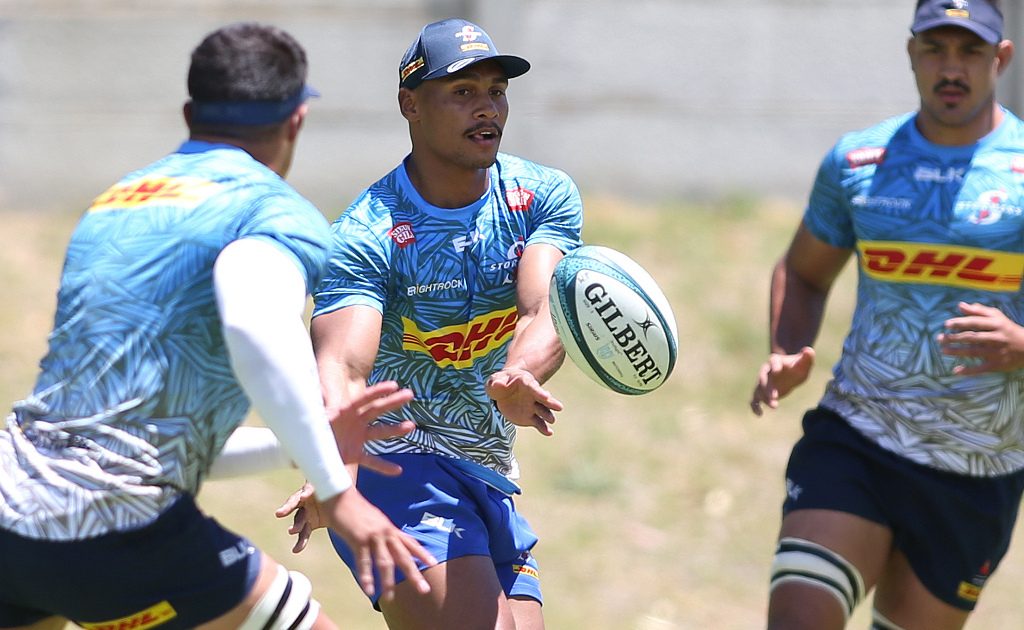 The Stormers eagerly await the return to action of Springbok squad members Damian Willemse, Marvin Orie and Salmaan Moerat as they resume their United Rugby Championship campaign against Italian side Zebre in Cape Town on Saturday.

The trio were back at Stormers training this week after touring the United Kingdom with South Africa’s national team.

Fit and raring to go

Willemse was concussed just minutes into a rare start against Wales in Cardiff but is now fully recovered and available for Saturday’s clash.

Orie, a seven-Test Springbok, and fellow lock Moerat, who is uncapped at Test level, did not feature for South Africa during the end-of-year tour but are also available for selection.

Stormers assistant coach Rito Hlungwani explained that the return of these players is a massive boost for the side.

“As you all know, Salmaan and Marvin were both touring with the Springboks,” he told Sport24. “They came back so they will be available for us this weekend. Damian Willemse is available for us. They haven’t been around us for a while, especially Marvin and Damian, but it’s very good to have them back.”

“It’s quite exciting to have Salmaan and Marvin there. They’re very different players, Marvin is very experienced when it comes to lineouts,” he said. “He’ll give us a good buffer there… he hasn’t played in a while, so we just hope he’s not rusty. [But] if he is we’ll make sure that we train so he’s nice and ready come Saturday.

“It also gives us a bit of room when it comes to substitutions. It’s quite exciting to have those two guys back and it gives us more room to play around with selection and substitutions come game day.”

The forwards coach also added an update on the fitness of the rest of the squad.

“Deon Fourie left the tour early, he’s still out. Sazi’s (Sandi) got a bit of a niggle around his knee and not up for selection this week,” he said.

“Chad (Solomon) has been training for the past couple of weeks. He’s slowly getting back to full fitness. It’s been great to have him back. (David) Meihuizen is still out, so he’s not available for selection this weekend.”

The Stormers are placed at the top of the South African Shield but only 12th overall. Their European tour began with defeats to Benetton and Munster before claiming a thrilling draw against Edinburgh and beating the Dragons in the final tour game.

Zebra find themselves at the bottom of the table after being winless from all five games. However, Hlungwani said the Stormers will not underestimate the visitors.

“We’ve looked at the games that they’ve played in the URC. We sort of understand what their DNA is, how they want to play, how they want to attack. So, in terms of watching their previous games, we’ve prepared for that,” he added.

“If they’re going to bring something else I’m sure we’ll be able to adapt, but in terms of preparation… we’ve looked at all the URC and games and friendlies that they’ve played… that has given us a lot of information and helped us prepare well for them.”