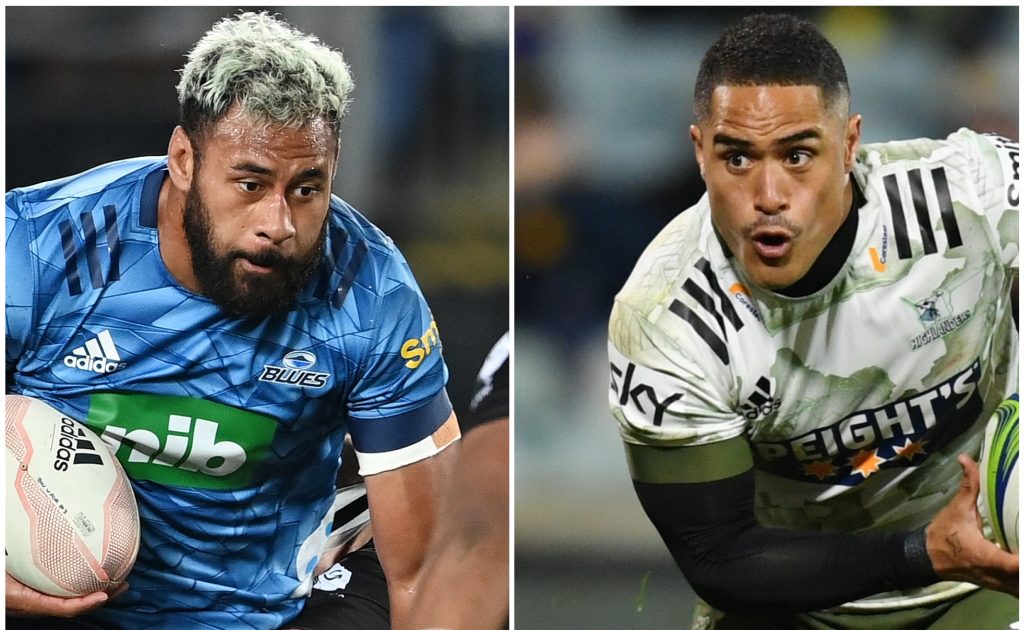 The inaugural instalment of Super Rugby Trans-Tasman will reach its climax at Eden Park on Saturday when the Blues host the Highlanders in what should be another highly entertaining encounter between these teams.

As expected, New Zealand franchises dominated this competition – winning 23 out of 25 matches against their Australian opposition – with the Blues, Highlanders and Crusaders victorious in all five of their respective matches. And although all three teams finished on the same number of points in the standings, perennial Super Rugby winners the Crusaders missed out on the final as they had the worst points difference of the trio.

The Blues and Highlanders will not be complaining though as both are hungry for success and there will be more than bragging rights at stake on Saturday. The Highlanders lifted the Super Rugby title in 2015 and the Blues’ last success in that competition came way back in 2003.

The Blues have won four of the last five games against the Highlanders, although their southern opponents have prospered in six of their last 10 encounters dating back to 2017. And six of those matches were decided by seven points or less.

Such statistics set the scene for what promises to be a tightly contested clash. Like all New Zealand franchises, these sides employ attacking game-plans, so we expect this to be another entertaining and thrilling spectacle.

The last match between these teams was an entertaining affair in Dunedin as the Highlanders clung on to claim a 35-29 victory. The match was evenly contested but the Highlanders held a slight edge throughout and were leading 22-17 at half-time. They eventually outscored the Blues five tries to four with Kazuki Himeno, Josh Ioane, Ngatungane Punivai, Jona Nareki and Michael Collins all crossing the whitewash. Ioane also succeeded with two conversions and a penalty and Mitch Hunt slotted a penalty. For the Blues, Jonathan Ruru, Rieko Ioane, Nepo Laulala and Hoskins Sotutu scored tries while Otere Black slotted three conversions and a penalty.

Despite having home-ground advantage, the Blues are taking nothing for granted, and their assistant coach Daniel Halangahu expects a tough assignment against the Highlanders.

“We know it’s a different situation. We can’t switch off at any stage. The Highlanders have shown great form over the last five weeks so we’re going to have to be on top of our game,” he said.

“The plays they have around their maul in the 22 it’s pretty to watch. If you don’t have to play against them, you can sit back and clap. Tony Brown is one of the best coaches around, and the creativity he’s come up with is up there. They do a really good job down there.

“Equally, our defence has really stood up so that will be a really good battle.”

💥 What a history @BluesRugbyTeam and @Highlanders have!

Who's taking out the final? pic.twitter.com/XQob3sH0Y3

“We know they’ve got X-factor players throughout their team that we need to analyse and take care of,” he said. “I think they’ve developed their game a hell of a lot with their forwards being a lot fitter and getting around the field, and playing good options off them.

“They’ve got control with Zarn Sullivan who’s been playing at the back, and playing really well, so he’s been controlling the game with his kicking which is something, potentially, they weren’t doing as much in the Aotearoa competition.”

All Blacks flyer Rieko Ioane has impressed at outside centre throughout the tournament for the Blues and he will be determined to take the fight to the Highlanders. The 24-year-old is renowned for his finishing ability on the wing but he has shone in his new position for the men from Auckland and apart from his try-scoring exploits, he’s added some extra strings to his bow with his running lines and distribution skills set to test the Highlanders defence.

Another player who is important to the Blues cause is their captain, towering second-rower Patrick Tuipulotu, who despite missing the early rounds with a shoulder injury, has made up for lost time with some impressive performances in recent weeks. A good lineout operator and excellent ball carrier, Tuipulotu combines those attributes with strong leadership skills and he will be keen to hit the ground running in this encounter.

Leadership will also be important for the Highlanders and in co-captains Ash Dixon and Aaron Smith they have genuine kingpins who are inspirational figures for their team-mates. Hooker Dixon, who will make his 100 appearance for the Dunedin-based outfit, is a real warrior who leads by example and he will be determined to do well in the execution of his core duties to set up a solid platform for scrum-half Smith and the rest of his backline. The All Blacks number nine’s playmaking skills, fine service and speed at the ruck area makes him a real attacking threat and a player who should receive special attention from the Blues’ defence.

Like most rugby matches, the breakdown battle will have a big impact on this fixture’s end result and in the Blues’ Dalton Papalii and Billy Harmon of the Highlanders we have two outstanding openside flankers on show. Both come into this game in excellent form and their scavenging to win valuable turnover ball for their respective sides make this duel one of the highlights of the contest. Apart from their prowess on the ground, these two are also good ball carriers and solid in defence so look for them to also do well in those departments.

With both teams yet to taste defeat in the competition, they will come into this final high on confidence and don’t be surprised if the match goes down to the wire with a moment of magic deciding its outcome. However, with the game being played at Eden Park, and with a large crowd expected to be in attendance, the Blues will hold a slight edge and should claim a narrow victory. Blues to win by three points.