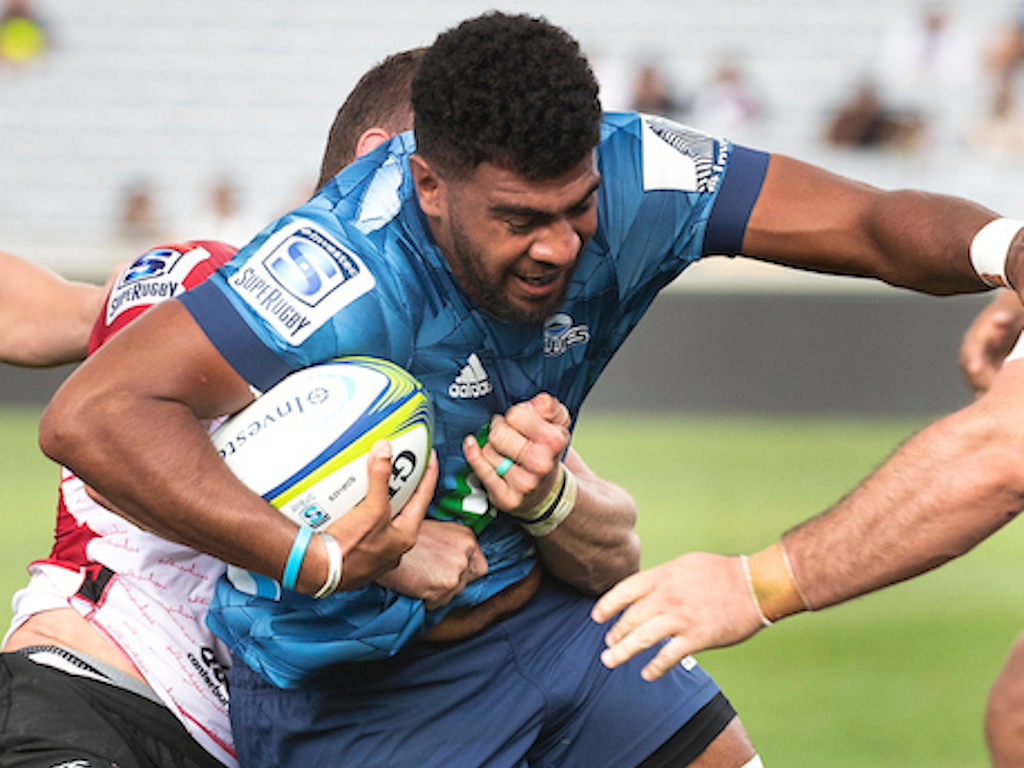 Impressive young number eight Hoskins Sotutu has agreed a new contract at the Blues until at least 2022, putting an end to speculation about his future.

The 21-year-old has added a further two years to his initial contract after joining the Blues in 2019, having come through the organisation’s development programme, playing for Auckland and New Zealand U20s.

He has been a standout in Super Rugby this year with nearly 500 metres in carries, an average of around 50 metres per game, and is currently fourth highest in this part of the game in the Super Rugby Aotearoa statistics.

He averages over eight tackles per game and is currently top of the tackle count in Super Rugby Aotearoa with 38 in three games.

Blues coach Leon MacDonald said Sotutu has been one of the team stand-outs so far this season.

“He has a unique skillset which is well-rounded. He has set-up tries with his kicking and with accurate missed passes yet he can do the core roles of carrying hard, offloading, making his tackles and an asset in the lineout,” said MacDonald.

“Hoskins got his chance with the work he did pre-season and has continued to deliver game-in, game-out, and he is developing from a very quiet teenager to a real contributor off the field also.

“He has come out of the Blues and Auckland systems and if he continues to develop with the same attitude, he can look forward to a long and successful career with us.”

Hoskins Sotutu…is there anything you can’t do?

MacDonald said Sotutu had initially indicated his desire to re-sign earlier but the Covid-19 lockdown had stalled the formalities.

Sotutu played several sports as a young teenager before taking the advice of his father, former Fiji, Blues and Auckland back Waisake Sotutu, to “give rugby a good shot” when he was 17, playing two years for the Sacred Heart College 1st XV.

He began his rugby life as a winger, like his father, moving to lock, and even fly-half for his club in his first year out of school, before settling at number eight.

“I have signed for two more years with the Blues which is great,” said Sotutu. “My goals are for the Blues to kick-on in this competition how we left off before Covid-19, keep the team strong and help them continue to improve.

“It is all about the team for me. I don’t like to look too far ahead. I like to focus on the team I am playing for.”