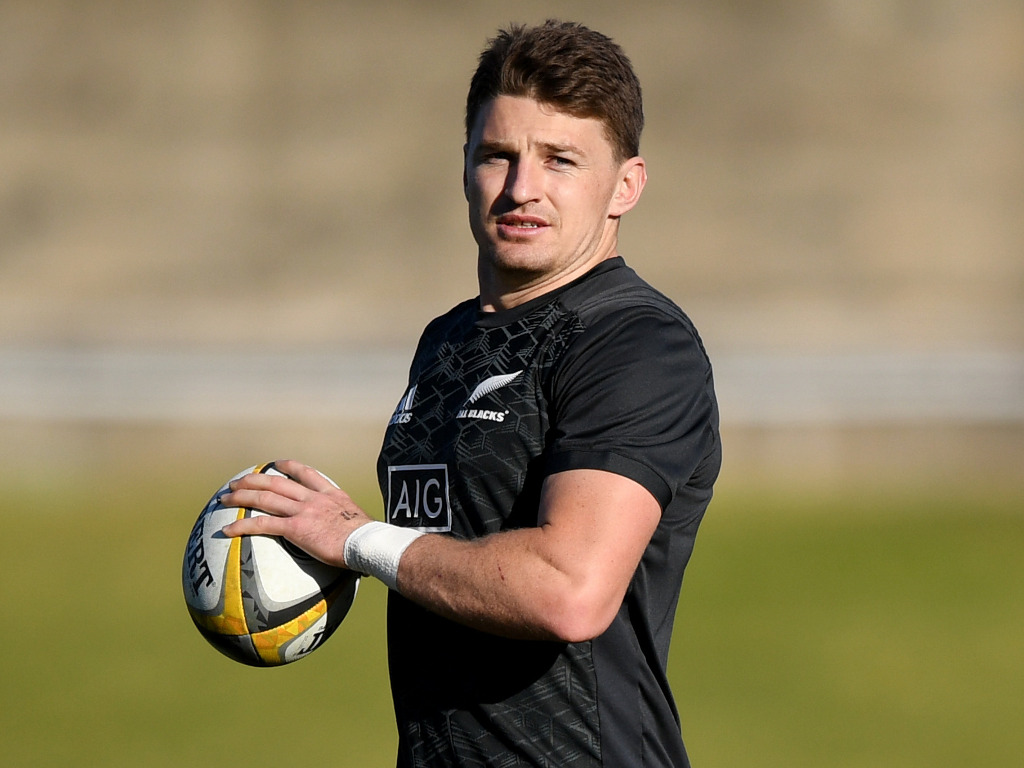 New Zealand fly-half Beauden Barrett has inked a new deal with New Zealand Rugby (NZR), which will see him swap the Hurricanes for the Blues.

The contract will see him stay in New Zealand through to the 2023 Rugby World Cup.

28-year-old Barrett has played 73 Tests for the All Blacks since making his debut in 2012 and 125 times for the Hurricanes since his Super Rugby bow in 2011.

As part of his new contract, he will take an extended break away from the game at the end of 2019 and start with the Blues midway through next year’s Super Rugby season. He also has an option to take a short playing break in Japan some time over the next four years, with any break to be negotiated with NZR and the Blues.

Barrett said he was stoked to finally make a decision and confirm his future with New Zealand Rugby and the Blues.

“This is obviously a massive decision for me and my wife Hannah and we’re really looking forward to the next chapter of our lives,” he said.

“The Hurricanes will always be a huge part of who I am. The Hurricanes environment and style of rugby they play has helped me become the player I am today, and I’ll be leaving some very good mates.

“Wellington has been my rugby base for many years and university base for Hannah and we’ll always have fond memories of living there. Home for us now is Taranaki and Auckland and home and family are immensely important to both of us.

“I’m also enthusiastic about the new challenge I’ll get with the Blues over the next four years. They’re a team on the rise, I like the way they play and I’m really looking forward to being a part of that.

“While I’m looking forward to what the future holds, right now my focus is on the international season ahead with the All Blacks.”

NZR CEO Steve Tew said the significance of Barrett’s decision could not be underestimated.

“We are absolutely delighted that Beauden has committed to four more years with New Zealand Rugby. He joins a strong core of experienced Test players who are now with us leading into the 2023 Rugby World Cup,” he said.

“There is no doubting how important he is to the All Blacks and every team he plays for. As well as his on-field achievements, including back-to-back World Rugby Player of the Year awards in 2016-2017, he has also amassed numerous records, including being fourth on the All Blacks Test points-scoring list. He is now a genuine leader in any team he plays and a strong contributor to our off-field responsibilities.

“We all look forward to seeing him back in black for the international season and also wish him all the best with his move to the Blues next year.”

All Blacks head coach Steve Hansen added: “It’s fantastic news for the All Blacks and obviously for the Blues as well and we congratulate Beaudy and his wife Hannah on his decision to stay in New Zealand.

“He’s one of the best players in the world, a leader in our team and has been involved in numerous successful campaigns, from Rugby World Cups to Bledisloe Cups, and I believe he’s going to get even better.

“Knowing he will be here through to the 2023 Rugby World Cup is massive for the All Blacks as they move into a new phase post-2019.”

Blues head coach Leon MacDonald added they were over the moon at the news that Barrett would be coming to Auckland.

“It’s huge for our club. As well as getting a world-class player, our young first-fives will flourish with the opportunity to train and play alongside Beauden, and I am sure he will be an immediate fan favourite at Eden Park,” he said.

“We are happy to work with Beauden and New Zealand Rugby on the options he has negotiated for an extended break at the end of the year and potential offshore playing opportunity. He has earned that right.”