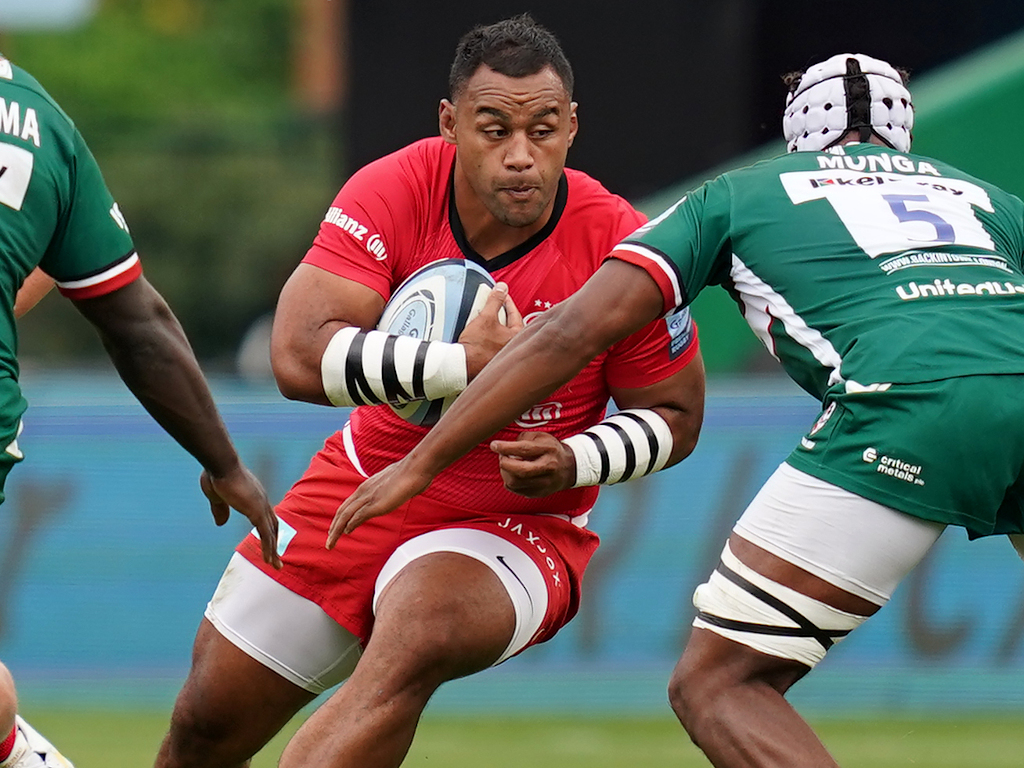 Billy Vunipola is the only England international participating in Saracens’ first match since their relegation from the Premiership last season.

Vunipola starts Saturday’s Trailfinders Challenge Cup opener against Ealing at number eight but all of his colleagues from Eddie Jones’ squad are missing from the matchday 23 and are unlikely to participate against Doncaster next weekend either.

It means Maro Itoje, Owen Farrell, Elliot Daly, Jamie George and Mako Vunipola will not have played since the final of the Autumn Nations Cup two months earlier when France were defeated in sudden death.

Saracens director of rugby Mark McCall insists they have been held back from competitive action to ensure they are in the best possible shape for the Calcutta Cup showdown at Twickenham.

“The England internationals are on individualised pre-season programmes to help prepare them for the Six Nations,” McCall said.

“It’s so that they hit the ground running when it comes to the Scotland match. I don’t think there’s a great need for most of them to play games.

“Billy’s a little bit different. He always has been. In his case, we all agreed that he’s better with game time. He gets a lot out of playing, so that is why he’s playing.”

⚫ The first ever Trailfinders Challenge Cup match
🔴 Seven internationals in the starting XV
⚫ Our first match of 2021!

When available, Vunipola has been an automatic selection by Jones due to the England head coach’s belief that regular rugby brings out the best in him.

The 28-year-old Lions contender started all five of England’s matches last autumn having recovered from the latest in a series of broken arms.

Saturday’s clash in west London will be the weekend’s only game involving English clubs because of the two-week break created by the cancellation of the final rounds of European group action because of coronavirus safety fears.

Saracens were relegated from the Premiership as punishment for repeated salary cap breaches and launch their campaign for an immediate return to the top flight on March 6.