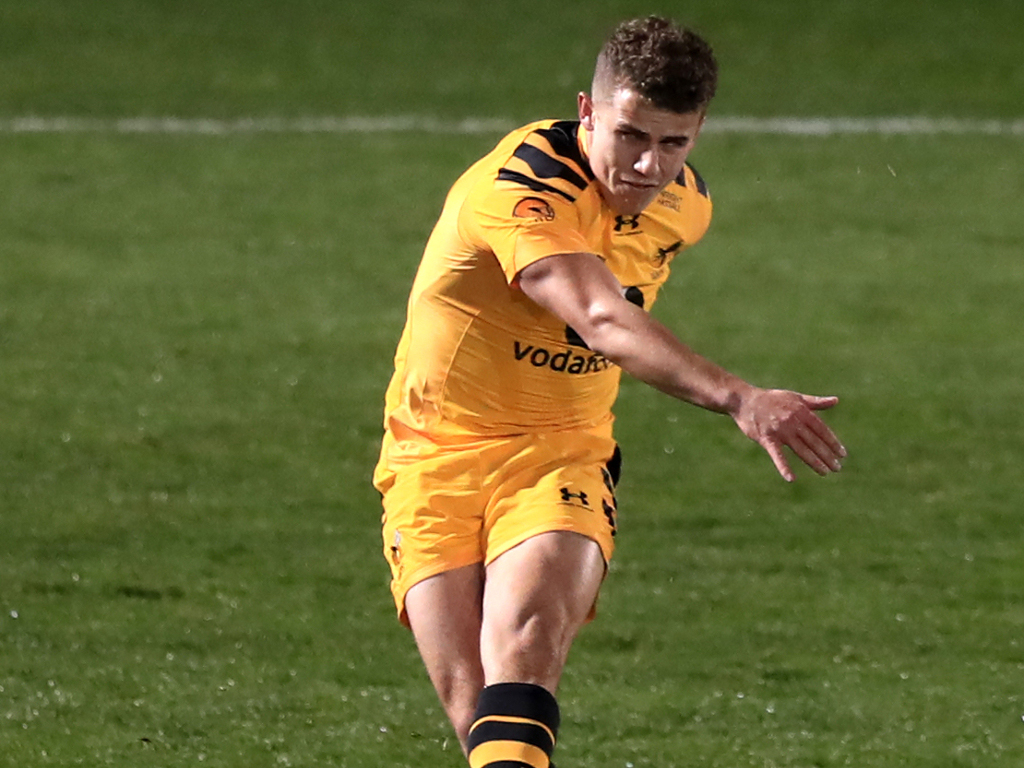 Worcester Warriors have announced that fly-half Billy Searle, one of three new recruits for the 2020/21 season, has signed a contract extension.

Searle, 24, will officially become a Warriors player on July 1, making the move across the Midlands from Wasps.

The Warriors announced Searle’s signing on a two-year contract in January and he has now signed up for another year, a commitment that will keep him at Sixways until at least until the end of the 2022/23 season.

“I am really pleased that Billy has decided to extend his contract with us and thereby commit to the club for the next three seasons,” said Worcester director of rugby Alan Solomons.

“Billy is a talented player and one of the leading young fly-halves in England. I have worked with Billy before and look forward to doing so again. It is great to have him on board and I believe that he will add huge value to Warriors.”

Solomons worked with Searle while he was a coaching consultant at Bristol before Searle moved to Wasps in 2018.

Searle made 13 appearances for Wasps in his debut season with them but then suffered a badly broken leg against Bristol.

He returned to action last October and impressed in Wasps’ narrow Premiership victory at Sixways in January with an assured all-round display which included ten points from the kicking tee.

“I’m really pleased to have committed further to Worcester and I can’t wait to get back on the pitch at Sixways and help the team as much as possible,” Searle said.

“I’m excited to be working with Solly again and the rest of the coaching staff.”