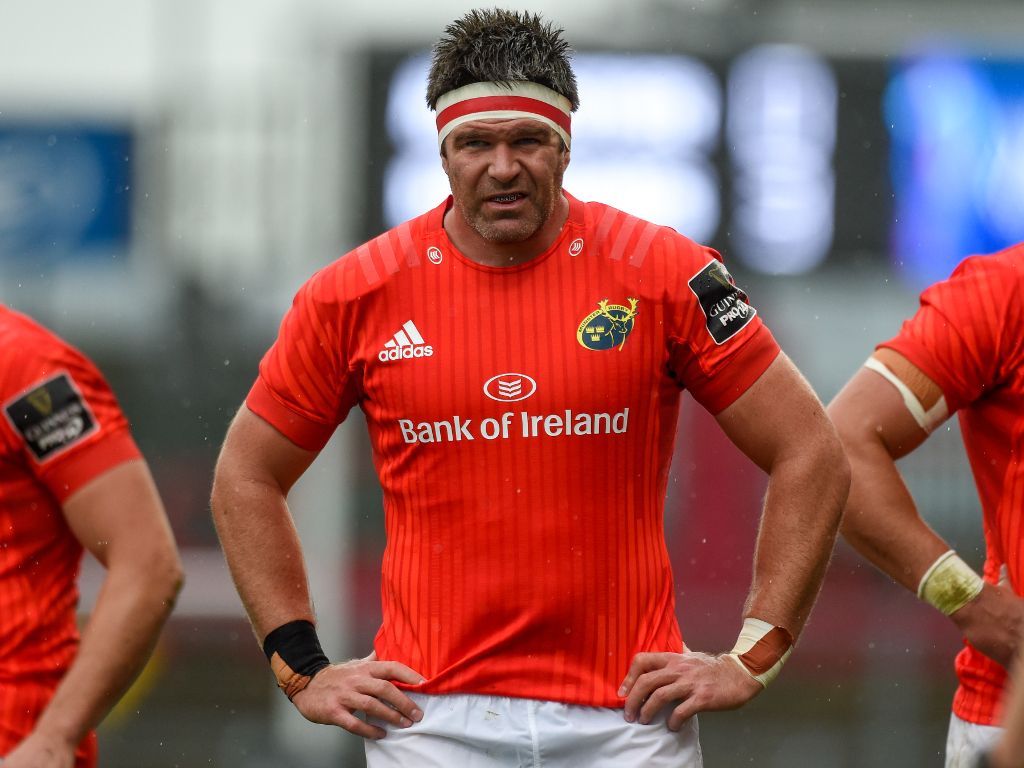 One match is scheduled to take place in the PRO14 on Monday and it is a Conference B top-of-the-table clash between Munster and Cardiff Blues at Thomond Park.

In team news there are nine changes to the Munster side that defeated Edinburgh at the Limerick venue just over two weeks ago.

Making his first appearance of the season, Billy Holland captains the side as he starts alongside Fineen Wycherley in the second-row.

It’s an all changed front-row with James Cronin, Kevin O’Byrne, and Stephen Archer scrumming down together.

In the back-row the Academy’s John Hodnett starts at openside and Gavin Coombes comes in at number eight while Jack O’Donoghue retains his place on the blindside flank.

Craig Casey and Academy fly-half Ben Healy continue in the half-backs while Rory Scannell is joined by Dan Goggin in midfield.

The final changes to the back three see Darren Sweetnam and Calvin Nash covering the wings with Nash making his first appearance of the campaign.

In the replacements, Academy prop Josh Wycherley is in line to make his Munster debut should he be introduced. The younger brother of Fineen, he is one of five West Cork representatives in the side.

6️⃣ Changes to the team that beat Connacht.

Both teams currently unbeaten and at the top of the Conference B table… It's going to be a Manic Monday pic.twitter.com/PgTdCoiEnM

Meanwhile, Cardiff Blues make six changes as they travel to Limerick for Round Three of the PRO14.

John Mulvihill’s side head to Thomond Park for a top of the Conference B table clash, with both teams unbeaten so far.

Following back-to-back victories, over Zebre and Connacht, the capital city outfit are forced into a reshuffle with five changes due to international commitments and one to injury.

Five of those changes come in the pack with Dmitri Arhip replacing Dillon Lewis on the tighthead and Kristian Dacey making his first start of the season.

There is an all new second-row pairing as Ben Murphy and Rory Thornton start following Seb Davies’ and Cory Hill’s involvement for Wales in Paris.

Shane Lewis-Hughes was due to be included but is replaced in the back-row by James Ratti, who packs down in a mobile trio with James Botham and Olly Robinson.

The only other change sees Aled Summerhill pull on the number 14 jersey in Josh Adams’ absence.