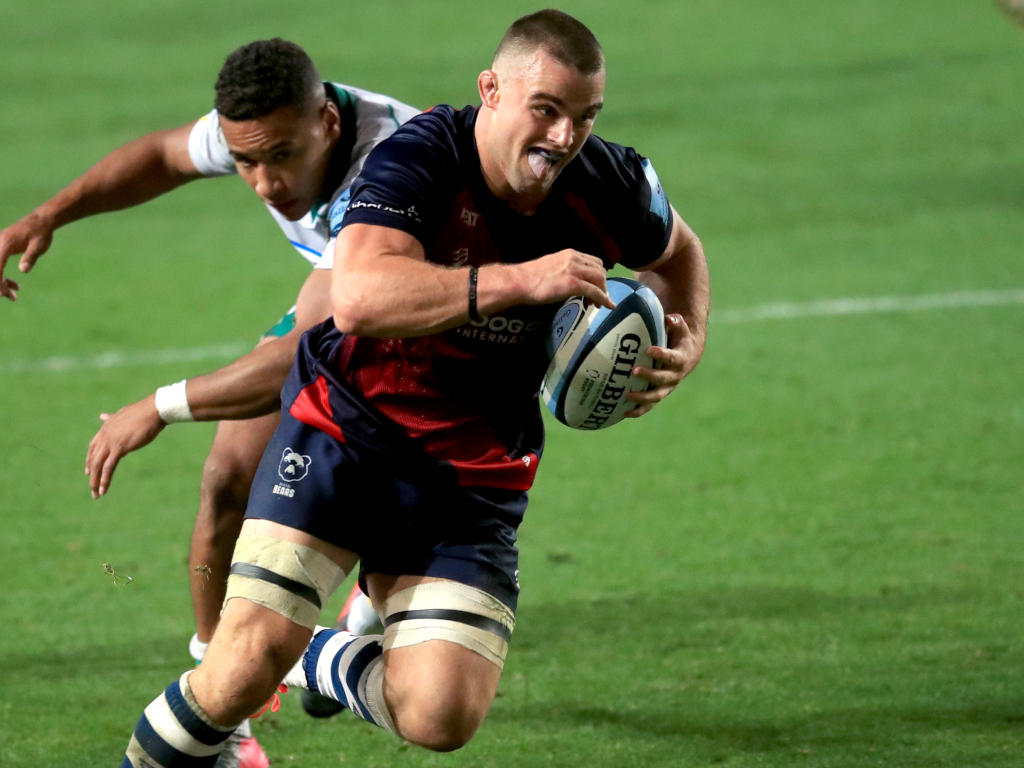 The Premiership continues on Saturday and Sunday as three matches take place, including the top of the table clash between Exeter and Bristol.

Graham scored two tries in the Falcons’ opening-day victory at Bath and featured strongly in victories over Wasps and Sale Sharks. He forms part of a side which also sees the return of Tom Penny following the injury sustained at Wasps in Round Three.

Brett Connon returns at fly-half as Toby Flood slides across to inside centre, Argentina international Matias Orlando pushing out to the 13 shirt following his debut at Bristol last Friday.

Meanwhile, Gloucester have made three changes to the starting XV that played Sale Sharks last time out. Joe Simpson, Matias Alemanno and Matt Garvey all come into the team, with Santiago Carreras set to make his Cherry and White debut off the bench.

Val Rapava-Ruskin, James Hanson and Fraser Balmain continue in the front-row with a new starting combination of Matt Garvey and Matias Alemanno behind them in the second-row. Alex Craig keeps a place in the starting team but will play blindside flanker where he is joined in the back-row by Ruan Ackermann at number eight and Lewis Ludlow who resumes the captaincy from openside flanker.

In the backs, Joe Simpson makes his first appearance in four games and will link up with Lloyd Evans who is making the 10 jersey his own this season. Mark Atkinson and Chris Harris resume their partnership in the midfield and have an unchanged back three of Jonny May, Kyle Moyle and Louis Rees-Zammit outside them.

Form: Newcastle Falcons’ four-game winning start to the new campaign ended with their 17-29 reversal to Bristol at Ashton Gate on New Year’s Day. The Falcons have been defeated only once at Kingston Park in any tournament since May 2019: 20-33 to Cardiff Blues in Round One of this year’s European Challenge Cup. Gloucester Rugby have won only once in their last five first team fixtures: 38-34 against Ulster in Round Two of the European Champions Cup. The Cherry & Whites have been defeated in their last six away matches in all competitions whilst their only victory on the road in any since October 2019 came at Worcester in August. Gloucester have won their last three encounters with the Falcons in all tournaments since Newcastle’s 21-20 victory at Kingsholm in March 2018. Gloucester have won on three of their last four visits to Kingston Park in the Premiership.

Rob Baxter wants his Exeter Chiefs side to use the hurt of last weekend’s defeat at Wasps as the driver for a much-improved display against Bristol Bears.

In what is a match-up of the Premiership’s top two sides, the Chiefs saw their perfect start to the defence of their title brought to a shuddering halt a week ago when they went down 34-5 to Wasps.

Bristol, meanwhile, were pulling level at the top with the Chiefs after they secured maximum reward from their home encounter against previously unbeaten Newcastle Falcons.

Ahead of kick-off, Baxter has made a number of changes to his starting line-up with recalls to the pack for England internationals Luke Cowan-Dickie, Harry Williams and Jonny Hill, while behind another of Eddie Jones’ men returns in the shape of Henry Slade at outside centre. The other change in personnel sees Aussie Jack Walsh handed his first-ever Premiership start at full-back.

On the bench, Scotland international Sam Skinner returns for the first time since Exeter’s win over Glasgow Warriors in the Champions Cup, whilst there are inclusions for Sam Maunder, Corey Baldwin and James Short.

For Bristol Bears, Ben Earl returns to their starting line-up for the top-of-the-table clash on Saturday.

The England back-row is one of six changes to the side that secured a fourth straight Premiership win last weekend, beating Newcastle 29-17.

Director of rugby Pat Lam welcomes back his front-rowers after their period of self-isolation as Jake Woolmore and Bryan Byrne come into the side, while Kyle Sinckler also starts.

Luke Morahan is named in the backline for his first start of the campaign and Harry Randall also returns at scrum-half.

John Afoa, Yann Thomas and Will Capon are listed among the replacements for the Sandy Park clash.

Form: Exeter Chiefs’ eight-game winning run in all tournaments (excluding the declared defeat to Toulouse) ended at Wasps on Saturday. The Chiefs have lost only once at Sandy Park in any competition since February: 19 -22 to London Irish in September. Bristol Bears have lost only once in their last six first team matches: 38-51 at home to Clermont Auvergne in the European Champions Cup. The Bears have won their last two away games at Connacht in the Champions Cup and at Harlequins in the Premiership. Exeter have been defeated only once by Bristol in all tournaments since 2009: 17-20 the last time the two clubs met at Sandy Park in November 2019.

🔄 Gussy makes six changes to the starting XV from the Bristol game with a number of faces returning to the side.

Paul Gustard has named his matchday squad to face local rivals London Irish this Sunday, with the head of rugby making six changes to the side that hosted Bristol Bears.

In the backline, Scotland’s Scott Steele picks up his first start of the season at scrum-half, while fellow Scottish international James Lang switches from outside centre to inside centre as England midfielder Joe Marchant returns to start at outside centre.

Returning to full fitness, wing Cadan Murley starts in the 11 jersey, with young Louis Lynagh retaining his spot in the 14 shirt after impressing in his first Premiership start in defeat to Bristol.

On the bench, full-back Aaron Morris and back-row Archie White make their first matchday squads of the season.

Meanwhile, prop Ollie Hoskins is set to make his 100th appearance for London Irish, having made his debut for the club back in 2016.

Harry Elrington and Motu Matu’u accompany the Exiles’ centurion-elect Hoskins in the front-row, with Steve Mafi and Andrei Mahu combining in the second-row.

Matt Rogerson captains the side from blindside flanker and Blair Cowan is at openside flanker. Albert Tuisue completes the pack from number eight.

Ben Meehan and Paddy Jackson are the halfback duo, as Theo Brophy-Clews links up with Curtis Rona in the centres.

Ollie Hassell-Collins and James Stokes are named on the wings and Tom Parton starts in the 15 jersey.

Australia international Rob Simmons is set to make his debut for the club, if required from the replacements.

Form: Harlequins most recent victory was 34-24 at Gloucester in Round Three of the Premiership. Harlequins have lost their last five home games at Twickenham Stoop since beating Northampton there in August. London Irish’s last two fixtures in the league were both not played due to the health crisis – their last actual game in the tournament was a 13-21 home defeat to Sale on 6 December. The Exiles won their most recent away game 34-8 at Agen in the European Challenge Cup. Harlequins’ 38-15 victory over the Exiles at the Stoop in September ended a three-game losing run to London Irish in Premiership Rugby. London Irish completed the 2019/20 campaign by moving their last five home games to the Stoop, but lost all those fixtures.