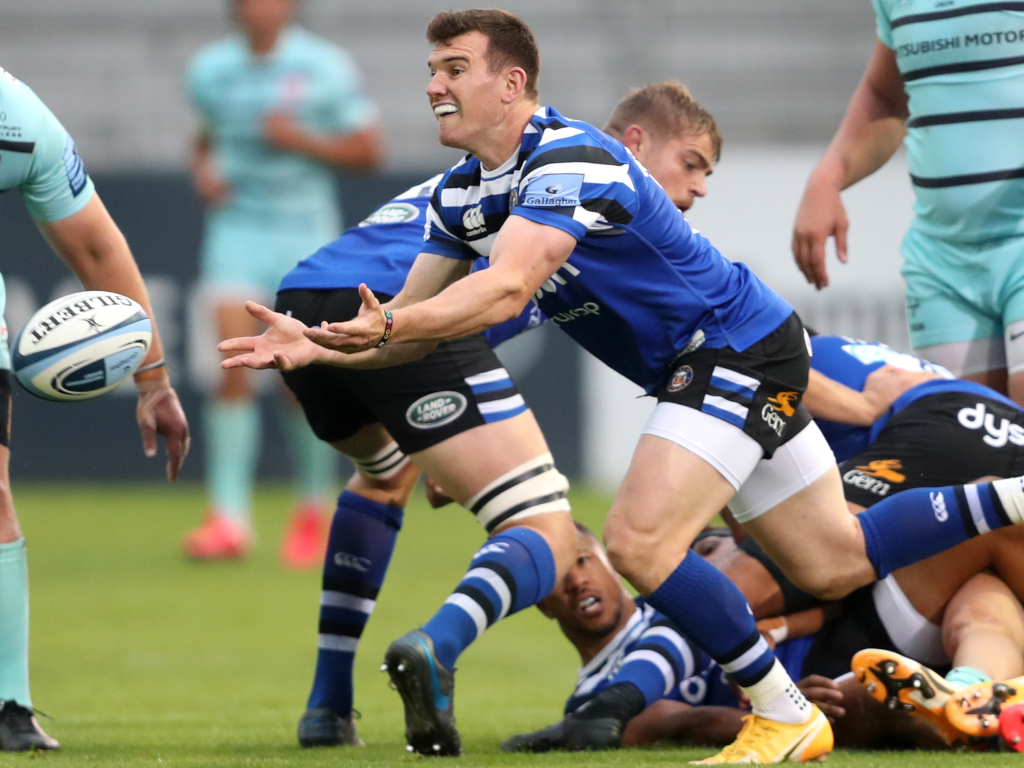 England have left Ben Spencer out of their 26-man training squad for a three-day camp that will continue preparations for a busy international schedule.

Spencer has been outstanding for Bath since lockdown but Eddie Jones has overlooked the former Saracens half-back in favour of Ben Youngs, Willi Heinz and Alex Mitchell.

Jones has been able to select players from losing Premiership semi-finalists Bath, plus Sale and Worcester, whose rearranged match last week was cancelled because of an outbreak of coronavirus at the Sharks.

Bath are well represented in the squad that will train in south west London until Saturday, although they supply five of seven ‘reconditioning’ players.

A surprise call-up is their full-back Tom de Glanville, son of former England captain Phil, but there is no place for his team-mates Ruaridh McConnochie or Joe Cokanasiga.

McConnochie’s snub comes despite his try-scoring efficiency this season, but Cokanasiga is on the comeback trail from a serious knee injury and needs more game time.

Another centre hoping to advance his claim after Manu Tuilagi was ruled out for six months by an Achilles injury is the powerful uncapped Worcester back Ollie Lawrence.