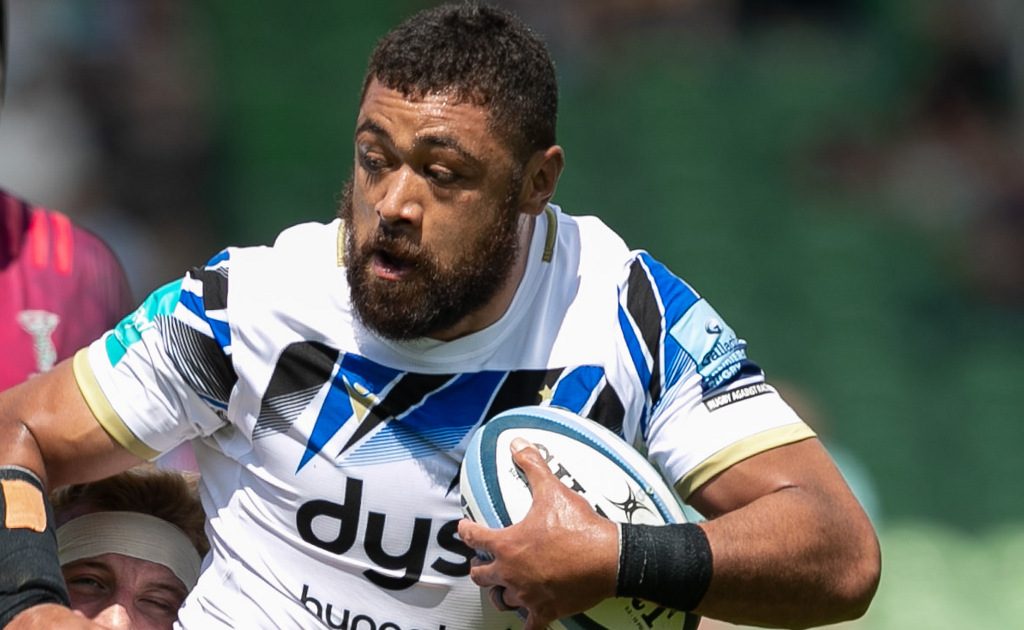 Bath have announced that Wales international back-row Taulupe Faletau will be leaving the Recreation Ground-based club at the end of the 2021/22 season.

Bath confirmed the news via a press statement which revealed that the 30-year-old will end his five-year stint with the Premiership outfit “for an unnamed Welsh side”.

According to the PA news agency, Faletau is set to join Cardiff with the United Rugby Championship club set to make an announcement later in the week.

Faletau, who has won 86 caps and played in five British and Irish Lions Tests, is now with the Wales squad preparing for remaining Autumn Nations Series games against South Africa, Fiji and Australia.

He has not played so far this season due to an ankle injury, but would have been unavailable for Wales’ 54-16 defeat against New Zealand on Saturday.

That game fell outside World Rugby’s autumn international window, with English clubs not releasing Welsh players for such fixtures.

Faletau will become the latest high-profile capture for Cardiff after they signed fly-half Rhys Priestland from Bath earlier this year, while Wasps flanker Thomas Young is also on his way to the Arms Park next summer.

Bath said: “The number eight has his sights set on the 2023 World Cup and will return to the Welsh region in order to put himself in the best possible position to perform for his country.”

And Faletau added: “I will leave Bath at the end of the season with fond memories, both professionally and personally, plus two Bath-born sons.

“Bath has been a brilliant club for me over the years and I owe it a lot.

“I will miss the team and everyone at the club, but my heart is set on returning to Wales and hopefully continuing my international playing ambitions. It feels like the right time for me and my family to return home.”

Bath rugby director Stuart Hooper said: “It continues to be a privilege to work with Taulupe. He is a world-class number eight who makes a significant impact on the field.

“As we develop our squad for 2022, a crucial factor is the availability of our players throughout the season.

“Having a squad that can compete during the international calendar is becoming fundamental as the quality of competition in the Premiership increases.

“Taulupe leaves with our blessing and we all wish him well for his future.”

Wales centre Jonathan Davies is adamant that they will get better when they face world champions South Africa in the Autumn Nations Series.