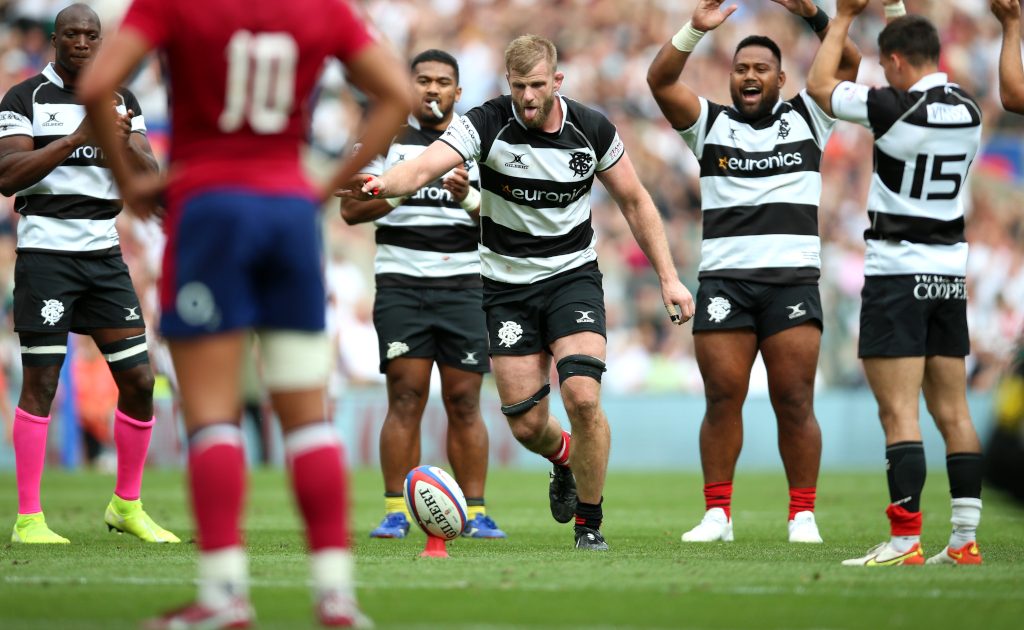 The Barbarians picked up an impressive 52-21 victory over England in their clash at Twickenham, despite having 14 men for a large chunk of the game after Will Skelton was red carded.

For England this loss will hurt as many players involved did little to improve their chances of making it into Eddie Jones’ squad for the tour to Australia.

The hosts’ only tries came from Joe Cokanasiga, Jonny May and Marcus Smith, with Smith having an off-day from the tee as he landed just two penalties.

Jones had picked the usual mix of youth and experience for the annual uncapped international, but even allowing for the experimental line-up it was a disappointing outing ahead of next month’s three-Test series against Australia.

As a mark of respect for former Wales international Phil Bennett, who died last Sunday, the Barbarians players formed the number 10 before a minute’s applause was heard for a player who represented the invitational club 20 times.

England wings Cokanasiga and May were looking to make big impressions to secure their places to Australia following injury-enforced absences and they experienced mixed fortunes.

Cokanasiga was prominent amid a promising start by the hosts and he brought Twickenham to its feet with a jet-fuelled break out of the 22 only for the defensive cover to collar the supporting Harry Randall.

Smith drew first blood with a penalty but the Barbarians surged ahead through an 18th-minute penalty try awarded against May for a deliberate knock-on as they sought to exploit an overlap on the right.

England, wearing their red kit, launched a purposeful attack but a loose pass by Randall was picked off by Ollivon who was able to complete the foot race to the whitewash.

At 14-3 down inside the first half-hour, it was looking bleak for Jones’ men with a missed penalty by Smith failing to lift spirits and soon after tighthead prop Will Collier was brought off as a tactical replacement.

The game appeared to turn on its head during a three-minute spell during which Skelton was sent off, Smith kicked a penalty and Cokanasiga scored a try created by Smith and Tommy Freeman, but another twist quickly followed.

Looking to break out of the 22, Mark Atkinson’s pass intended for Cokanasiga instead fell to Penaud and the French wing cantered in for a simple finish.

The Barbarians continued to shrug off the absence of Skelton when a defensive lapse allowed Yoan Tanga to surge through the middle and Couilloud arrived to complete the move.

England sprung into life, with Danny Care’s arrival making a difference as Smith began to weave his magic to create a try scored by May, but Penaud added a second with an acrobatic finish that was examined in great detail by the TMO.

Big carries by Tom Curry and May created the space for Smith to dart over but despite showing encouraging flashes in attack, England just could not pull clear.

Nolann Le Garrec chipped over the defence for Carbonel to touch down but there was better to come from the Barbarians as Spring touched down after a sweeping move before Hastoy completed the rout.