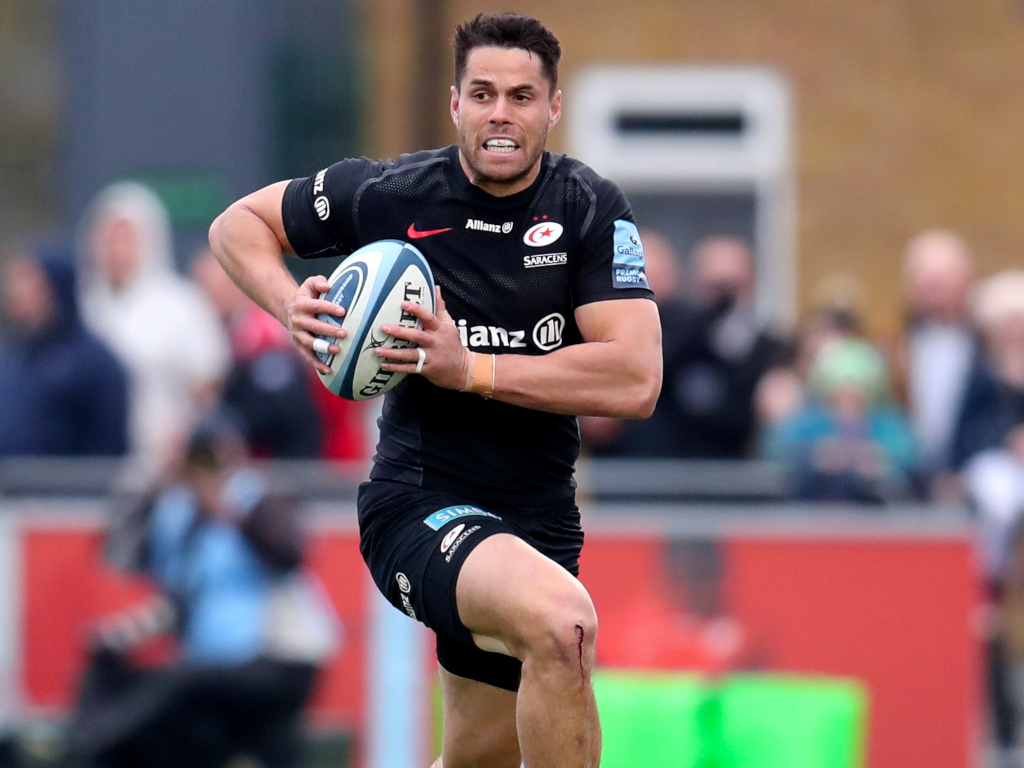 A host of star names from Saracens will be joining the Barbarians camp on Monday as the famous club begins preparations for the Quilter Cup.

From internationals who have represented their country throughout the age groups, to exciting rising stars and a British & Irish Lion, the players announced on Friday add strength and depth to the squad taking shape ahead of next week’s camp.

Barbarian president John Spencer said: “We are absolutely delighted for these fine players to join us ahead of the Quilter Cup. It is a very exciting group of players, with experience across the board and we’re looking forward to welcoming them into the Barbarians family. There will be familiar faces all round, as well as new friendships forged as always happens when the Barbarians come together.”

The eight players bring with them a wealth of experience, international honours and wide-ranging skills, alongside a collective 300-plus appearances for Saracens.

Swinson said: “Sarries tempted me out of retirement back in July, and it was such a good opportunity to play for my boyhood club and extend my career. Adding a Barbarians shirt to that next week will be a huge honour and I can’t wait to get into camp and build for the Quilter Cup.”

Maitland added: “I’ve been fortunate enough to be part of amazing playing squads like Saracens, Scotland and the Lions. Adding the BaaBaas to that is something I’ve always hoped I would be able to do, and I’ll wear the shirt with great pride.”

Like Swinson, Argentinian fly-half Juan Pablo Socino joined the North London club in July of this year, bringing with him a wealth of Championship experience that will serve the club well as they look forward to their challenge next season. He said: “To join a club like Saracens was huge for me and my family. And now to join the ranks of incredible Argentinian players who have played for the Barbarians just shows how important that decision was!”

🗣️ "Jackson Wray and Manu Vunipola will be joined by Saracens legend Richard Wigglesworth, with the trio chalking up a collective appearance figure of over 500 between them."

Joining the Scots and Argentinian are two players with over 300 Premiership appearances between them. Electric winger and former England Saxon Alex Lewington has played a starring role in the 2019/20 season, particularly in the European competition, including the defiant 25-17 win over Leinster.

Lewington brings pace and deadly finishing skills, while flanker Calum Clark’s vast experience will ensure he plays a key role in the Black and White. Clark started out at Leeds Carnegie, making his Premiership debut as a teen. Before joining Saracens in 2017, he moved from Yorkshire to Northampton Saints, making over 150 appearances in the Green, Black and Gold.

Lewington said: “I feel very honoured to play for the BaaBaas – especially having played against them for the England XV in the same fixture back in 2015!”

England age group stars who will join the Black and White include U18 and U20 lock Joel Kpoku, who represented England at two World Rugby U20 Championships and scored a try on his senior debut at Saracens against Leicester Tigers

Saracens Academy graduate and fellow England U20 star Dom Morris also comes into the squad. Starring for the young English side in the 2017 Six Nations Championship – on the way to securing the title – the young centre went onto to score two tries on his home Premiership debut.

Morris commented: “I’m hugely excited and feel very privileged to be able to have the opportunity of playing for the Barbarians. They are a team I really enjoyed watching when I was growing up and to be a part of it will be a very special and surreal experience for me.”

Tom Woolstencroft also earned age-grade honours with a 2016 World Rugby U20 Championship title to his name. After progressing through the Bath Academy, he made the transition from back row to hooker after advice from ex-Sarries lock Danny Grewcock and has not looked back since. In his first season at Saracens, the hooker picked up European, Premiership and Shield medals.

Woolstencroft added: “Playing for the BaaBaas is something every rugby player dreams of. It’s a huge honour and I can’t wait.”

Returning Barbarians head coach Vern Cotter said: “The addition of these eight players into the squad bring an exciting mix of versatility, experience and youth. We are collecting a very strong mix of players and are looking forward to getting together in camp next week and creating a Barbarians team that will deliver the brand of rugby with flair, passion and excitement for which we’re known across the world.”