Home PRO14 Away wins for Leinster and Ulster in PRO14 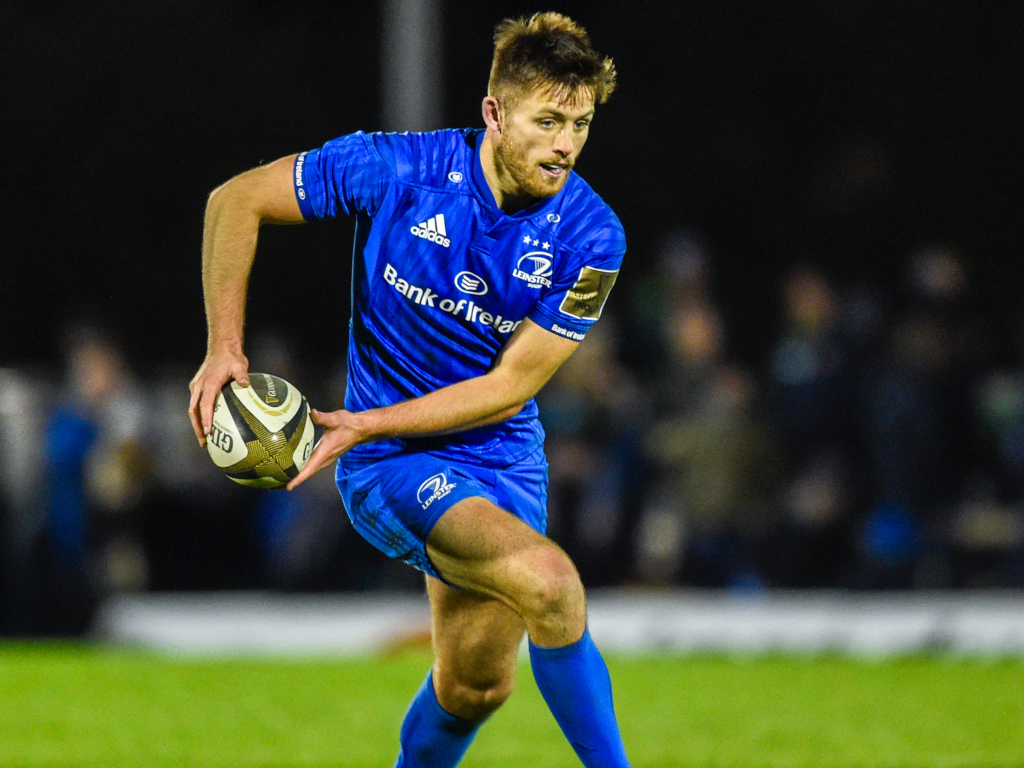 Leinster stretched their lead at the top of PRO14 Conference A to five points with a 35-29 win at Dragons on Friday.

In the first half a committed Dragons side made life difficult for the reigning champions, but two yellow cards in quick succession swiftly turned the game Leinster’s way.

The opening 15 minutes were featureless, with neither side threatening the try-line and it therefore came as no surprise that the first points came via a kick, a well-struck 40-metre penalty from Davies.

Leinster continued to incur the wrath of referee Ben Whitehouse, conceding six penalties in the first quarter with Davies kicking another two in quick succession to give Dragons an early 9-0 advantage.

The Irish province responded with the first try of the game when prop Dooley burst away from a maul 10 metres out to score. Ross Byrne converted before Davies was again on target, this time with a straightforward 20-metre kick.

However, the stronger Leinster pack temporarily took control to move ahead for the first time when flanker Penny forced his way over from close range.

On the half-hour, former Osprey Dan Baker came on to make his Dragons debut as a replacement for Matthew Screech, before Davies kicked his fifth penalty of the half to regain the lead.

With the last move of the first half, Dragons looked to have their first try when Ben Fry finished off a driving line-out, but TMO replays ruled out the score for obstruction by lock Joe Davies.

Six minutes after the restart, Dragons prop Lloyd Fairbrother, playing his 100th PRO14 game for the region, was sin-binned for a no-arms tackle and Leinster immediately capitalised when Murphy forced his way over.

Still down to 14, Dragons suffered a hammer blow when the referee awarded a penalty try for collapsing an unstoppable line-out drive with the culprit Baker sin-binned.

A try from replacement hooker Sheehan took the Irish side out of sight before Baldwin and Lewis scored tries for Dragons, with Davies’ conversion giving them a bonus point.

Leinster now hold a five-point advantage over second-placed Ulster but missed out on a try bonus point.

We come away from Scotstoun with the crucial 'W'.

Meanwhile, a clinical display from Ulster ensured they kept the pressure on Leinster thanks to a 19-13 victory over Glasgow.

Tries from Michael Lowry, Craig Gilroy and Nick Timoney saw Ulster bounce back from their first defeat of the PRO14 season, which came against the Conference A leaders on January 8.

The visitors made the most of a dominant period after a tight opening 50 minutes and secured only their second PRO14 win at Scotstoun.

Ulster fell a further point behind Leinster, whose win over Dragons saw them move five ahead, after their bonus-point hopes were hit by a late yellow card for Alby Mathewson. But they survived a frantic finale after substitute Aki Seiuli went over for Glasgow’s only try.

It was Warriors’ eighth defeat of the league campaign, which left them 11 points off the top three.

Danny Wilson started with Oli Kebble, Huw Jones and Richie Gray after they were released from international duty while Leone Nakarawa made his first start in a year against the club he will join in the summer.

John Cooney and Stuart McCloskey started for Ulster having been released from Ireland duty.

Warriors had the early territory but could not make the most of a series of line-outs and they had a let-off when Marcell Coetzee went over from a similar chance for the visitors but could not get the ball grounded.

Adam Hastings opened the scoring with a 36th-minute penalty on his comeback from a shoulder injury before Ulster scored their first try 30 seconds before half-time.

Ian Madigan intercepted Jamie Dobie’s pass on his way back to start a flowing move which saw James Hume and Cooney make ground down the right before setting up Lowry to use his pace and cross. Cooney added the easy conversion.

The injured Coetzee did not reappear after half-time and Hastings reduced the deficit to one with a penalty from nearly 40 metres.

Gilroy was denied just short of the line by the combined efforts of Jones and Ratu Tagive before the winger crossed moments later in the 55th minute following a penetrating move down the right. Cooney could not convert.

Warriors lost skipper Ryan Wilson to injury with James Scott coming on for his debut and Ulster got their third try seconds later as Timoney went over following a line-out maul in the 62nd minute. This time Cooney converted to extend the lead to 13.

Mathewson was sent to the sin bin for a deliberate knock-on in the 75th minute and Seiuli soon made some home pressure count, with Ross Thompson kicking Glasgow within a converted try of victory. But Ulster held out to maintain their title hopes.