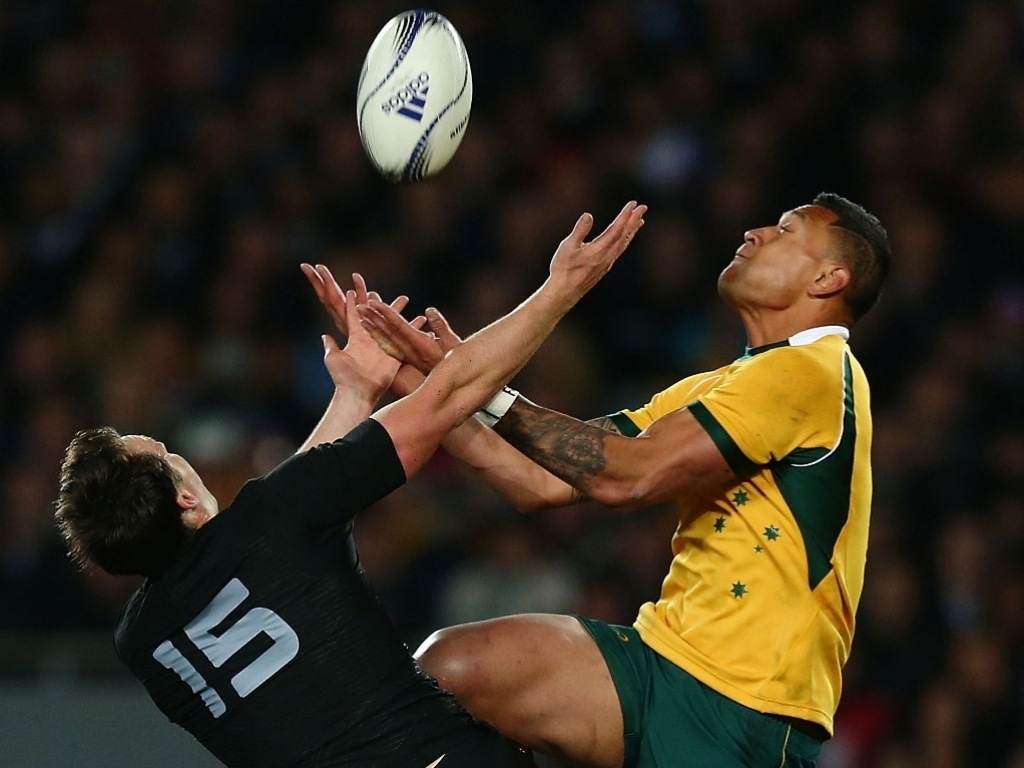 With the Rugby World Cup Final between Australia and New Zealand just a day away, we look at the important information and statistics ahead of the showdown.

– The All Blacks are aiming to become the first team to win back-to-back World Cups after triumphing on home soil in 2011.

– If they succeed it will be the first time they have won the trophy outside of New Zealand.

– Both Australia and New Zealand are aiming to become the first country to lift the Webb Ellis trophy for the third time.

– Of New Zealand's 18 opponents faced at the World Cup, they have a losing track record against only two of them, Australia and South Africa.

– The All Blacks have won one and lost two matches against Australia in previous Rugby World Cup matches.

– The last time these sides met at the World Cup, New Zealand won 20-6. That was during the 2011 semi-finals at Eden Park in Auckland.

– The first World Cup encounter between these sides was the 1991 semi-final which Australia won 16-6 at Lansdowne Road in Dublin and in the second one, the Wallabies claimed a 22-10 victory in the 2003 semi-final at the Olympic Stadium in Sydney.

–  The All Blacks have played Australia more often at Test level (178 times) than any other country.

– Of those matches, New Zealand have won 123 times, Australia 48 and seven were drawn.

– New Zealand's only final defeat came against South Africa in 1995 and Australia's against England in 2003.

– By beating South Africa in their semi-final, the All Blacks have won a record 13 successive matches at the World Cup.

– New Zealand flanker Richie McCaw extends his World Cup record in captaining his side for the 13th time in the competition.

– By reaching the final, New Zealand have registered their best performance at a northern hemisphere-hosted World Cup. They lost in the semi-finals at the 1991 and 1999 tournaments

– Australia are the only team never to lose a World Cup match in the United Kingdom. Their run started at the 1991 tournament and last weekend's semi-final victory over Argentina was their 15th straight tournament win on UK soil.

– Since replacing Ewen McKenzie, as Wallabies head coach, Michael Cheika has won 11 out of 15 matches and suffered four defeats. That gives him a winning percentage of 78.6%.

– Steve Hansen took over the reins from Sir Graham Henry as All Blacks boss after the 2011 World Cup and has gone on to win 48 matches, with three losses and two draws. That means he has a winning percentage of 90.6%.

– Australia's 27-19 victory over New Zealand in the Rugby Championship earlier this year, is the only time that the All Blacks were beaten in 2015.

– New Zealand took revenge for that defeat by beating Australia 41-13 in Auckland a week later.

– New Zealand centre Sonny Bill Williams has the most offloads (10) at the World Cup. For Australia, utility back Kurtley Beale leads the way with seven.

– Australia lock Kane Douglas and flanker Scott Fardy have made the most tackles with 58 and 55 hits respectively. For New Zealand, flanker Jerome Kaino tops the charts with 48 tackles.

– Australia fly-half Bernard Foley is his side's leading points-scorer (75) while Dan Carter leads the way for the All Blacks with 63 points. Argentina pivot Nicolas Sanchez is the tournament's top scorer with 89 points.