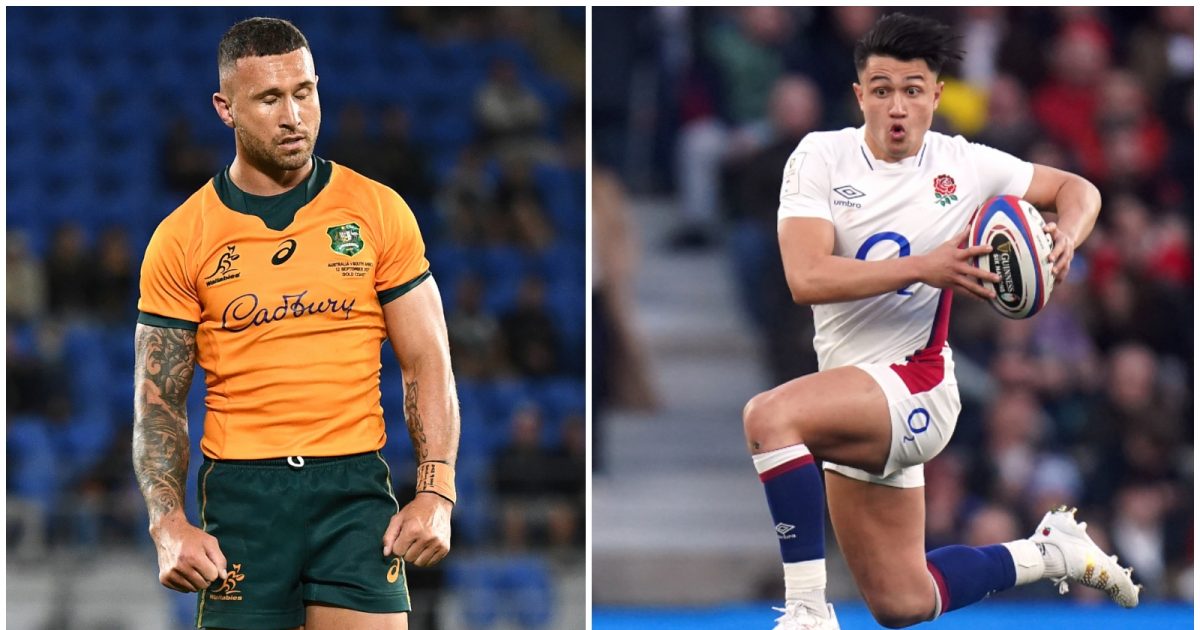 Matches between Australia and England always set the pulses racing and this three-Test tour is no different.

It is a significant series for both teams as the Wallabies seek to improve on a promising 2021, while the Red Rose are searching for the magic formula after a disappointing couple of years.

There is certainly no better time for Australia to end their English hoodoo, following a run of defeats which stretches back to the time Eddie Jones took the reins.

Jones’ men made history in 2016 by claiming a 3-0 victory and have followed that up with five more in a rivalry they have completely dominated over the past six years.

The Wallabies have barely gotten close over the past few encounters, especially when a stubborn Michael Cheika persisted with the same tactics over and over again. England – and particularly their defence – simply lapped it up and feasted on their opponents’ willingness to run the ball at almost every opportunity.

Australia are now, of course, under the guidance of Dave Rennie and he knows they need to compete physically with the Englishmen. Their previous encounter – a 32-15 victory for Jones’ charges – wasn’t exactly a great guide as to how they will combat the tourists on Saturday, with the Wallabies shorn of several top players, so this will provide a better indication of their capabilities.

England maintained their winning run over Australia following a deserved 32-15 victory at Twickenham in November. It wasn’t the greatest encounter in terms of quality, with an out of form Red Rose outfit hosting an understrength Wallabies team. The one bit of attacking excellence came in the early exchanges when Owen Farrell and Marcus Smith combined to send Freddie Steward over the whitewash. After that the kickers took over as Farrell and James O’Connor were successful with five penalties apiece. Smith took over the kicking duties and added a three-pointer before Jamie Blamire completed the win with a breakaway try.

Australia head coach Rennie admits that their selection up front is to try and combat the threat England will pose in that area.

“We still want to play,” he said. “But there’s no doubt that that’ll be a focus for them.

“They’ve got a very big pack and they’ve brought back a fair bit of experience – assuming they name who we’re expecting them to.

“The lineout, the maul, the scrum are big aspects of their game. They’ll want to scrum and maybe scrum for penalties to get territory and put us in the corner or kick for the posts.

“It’s an area that we feel if we can overshadow them, then it gives us an opportunity to get our game going and put a bit of heat on at the right end of the field.

“There’s no doubt at international level if you haven’t got a group of men functioning up front, you’re not going to win.”

England boss Jones admitted that Farrell was ‘very unhappy’ to lose the captaincy but believes that it can benefit the playmaker’s on-field performances.

“We want Owen to be at his best. He’s been out of the side for a while so it’s an opportunity for him to play three Tests back to back and produce his best,” he said.

A lot of Australia’s big focus will be up front. If they can get that platform then they have the quality behind the scrum to put England under significant duress, particularly with the tourists’ slightly concerning defensive displays recently. Much pressure therefore goes onto Angus Bell and rookie Dave Porecki in the front-row, and lock Cadeyrn Neville behind them.

Bell offers plenty in the loose but has yet to prove himself an adept scrummager at the highest level, while there is obvious pressure on Porecki to produce in the set-piece. He has had an excellent season for the Waratahs in the fundamentals of front five play but it is a very different matter going from Super Rugby to international level.

That is equally true of Neville, who becomes the third oldest player to make his Wallaby debut since World War II. The lock, like Porecki, has stood out in 2022, playing a key role in the Brumbies’ run to the Super Rugby Pacific semi-finals. The Canberra outfit’s set-piece is a well-oiled machine, with the second-row a big part of it, and he will need to reproduce that to fend off the attentions of Maro Itoje and Jonny Hill.

If the Wallabies can gain parity on their ball they can put the visitors under pressure. The Red Rose had serious issues defensively against the Barbarians and that is where their concerns lie going into this huge Test. It wasn’t exactly infallible in the Six Nations either and there must be worries over the midfield defence with Samu Kerevi running at Owen Farrell and Joe Marchant. The latter is an excellent defender while the former obviously never takes a backward step but, against the power of Kerevi, it will be a big ask.

England have their own powerhouse in the shape of Joe Cokanasiga, who makes his Test return after his injury struggles, and Jones will want him to punch holes in the opposition rearguard. The Red Rose lacked that athleticism in the backline during the Six Nations and Cokanasiga will certainly provide that this weekend. His height and strength will equally be useful for Smith’s cross-field kicks.

The wing will also be chasing Danny Care’s box-kicks after the Harlequins scrum-half’s dramatic recall to the squad. Care is 35 now but has been in outstanding form this season and will provide a nice link between Smith and another returnee, Billy Vunipola. The number eight looks lighter and more dynamic and will attempt to get the tourists on the front foot, especially when you consider their gain line issues in the Six Nations.

Plenty of pre-match talk has been about the fly-half battle and we are looking forward to seeing the duel between Quade Cooper and Marcus Smith. Considering their recent connection on social media and the burgeoning friendship, you would expect that the master will want to put his apprentice in his place.

Cooper has revitalised his career following a four-year international exile and was superb after earning his position back in the Aussie set-up in 2021. The Wallaby showed the deft touches which made him such a threat during the early stages of his career but has added a real calmness to his game. He is a very different player to the one which burst onto the scene and Australia are all the better for it.

As for Smith, the Englishman has similar attacking skills to his opponent but is ahead of where Cooper was at the same age thanks to the control he can exert on a match. The 23-year-old already has the ability to dominate at this level but is still finding his way within the current Red Rose structure, while he hasn’t been helped by the bad quality of ball he has received from the pack. It is a big tour for Smith and he needs to take the lead, even with Farrell there alongside him.

The England team is strong on paper and could well dominate the set-piece. If they do then the win is surely theirs, but they haven’t been playing well as a unit over the past 18 months and Australia will capitalise if their strugglers continues. The Wallabies performed well at home last year and, despite a couple of absentees up front, will take a narrow win. Australia by five points.

READ MORE: Our writers give their predictions for the five Test series and it’s not good news for the home nations