Home International Australia to prove too strong for inexperienced France 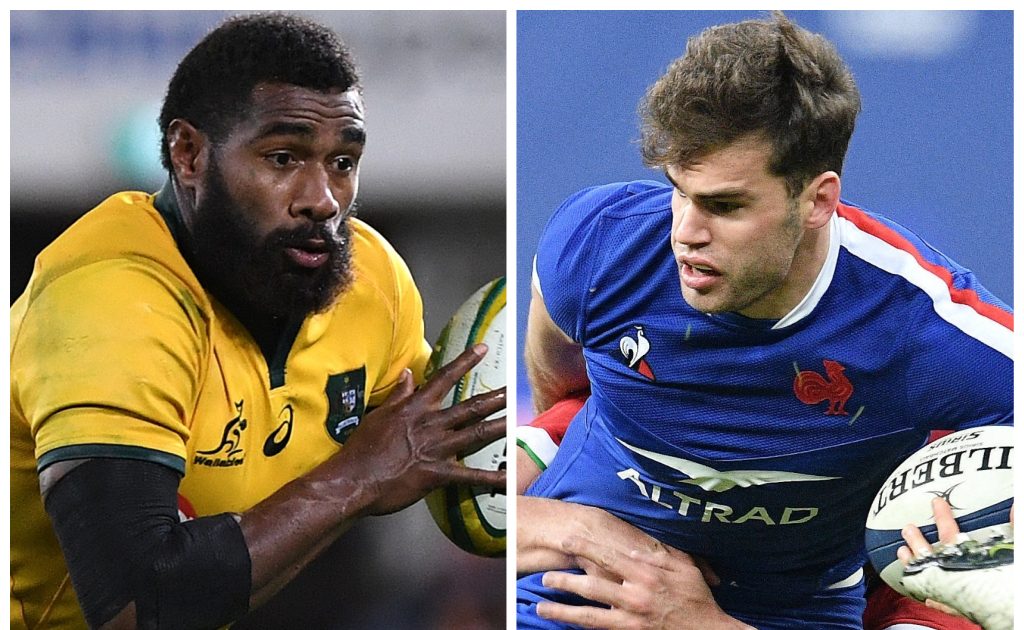 Australia face a tricky assignment when their 2021 international campaign kicks off against France at Suncorp Stadium in Brisbane on Wednesday.

Over the years, both the Wallabies and Les Bleus have been amongst the powerhouses in the Test arena but supporters from both countries will be the first to admit that their respective teams have not reached previous dizzy heights in recent seasons.

Australia in particular have struggled on the international stage of late and although there have been signs of improvement under the guidance of Kiwi head coach Dave Rennie, they are still some way off from being the finished article.

Despite recruiting the highly-rated Rennie last year, the Wallabies did not live up to expectations and they will be desperate for victory after notching just one win along with two losses and three draws in 2020.

Although Rennie has not selected his strongest matchday squad, it is still a competitive unit and there is plenty of excitement in their ranks as they hope to see off the French, who have come on in leaps and bounds since Fabien Galthie took over the coaching reins in 2020.

Les Bleus already have five matches under their belt, after finishing second in the Six Nations with three victories and two losses, and although first-choice stars like Antoine Dupont, Virimi Vakatawa and regular captain Charles Ollivon are not in their ranks, they still have several exciting players who will be keen to shine against the Wallabies.

These sides last faced each other at the Stade de France in Paris during 2016’s November Tests and the Wallabies were made to work very hard before claiming a narrow 25-23 victory.

The home side made the brighter start and were holding an early 8-0 lead courtesy of a Virimi Vakatawa try and a Maxime Machenaud penalty. Australia fought back and took the initiative through a Bernard Foley penalty and then a penalty try before the fly-half traded penalties with Machenaud to give the Wallabies a 13-11 lead at half-time.

A try from Foley increased his side’s buffer shortly after the restart before Jean-Marc Doussain struck back for Les Bleus, but that score was cancelled out when Tevita Kuridrani also dotted down. That meant the visitors held a 25-16 advantage and although Wesley Fofana crossed for a converted try in the 66th minute, the Wallabies held on for the win.

The selection of inexperienced fly-half Noah Lolesio for the Wallabies was a surprising one but Rennie believes the 21-year-old will deliver the goods, and he is one of the picks to score points in this game with the bookies.

“He’s a confident kid. He’s prepared to boss the big boys around,” Rennie said of Lolesio.

“He’s got a full Super season behind him now, too. Last year, he missed about an eight-week block. He’s played a lot of footy and he’s played really well.

“His ability to play flat and on top of defences, he’s put a lot of focus on his general kicking game, and his goal kicking has been excellent. He’s made big shifts there.

“So it was a pretty easy choice.”

Although Galthie has named an inexperienced matchday squad, team manager Raphael Ibanez is confident the players will give a good account of themselves against Australia.

“The goal now is to turn this issue into an opportunity but we believe we have enough talent to match the best,” he said.

“This tour will be a success only if we reveal potential, that’s the main thing.

“We know Australia want to play physical, fast and aggressive rugby. We are looking forward to this challenge.”

If the home side want to win this game then the inexperienced half-back pairing of Noah Lolesio and Jake Gordon will have to be at their best. Gordon’s selection was somewhat surprising as he was sidelined with an MCL injury last month during the Waratahs‘ Super Rugby Trans-Tasman campaign. He has made a remarkable recovery, however, and will play an important role in the attacking department, especially around the fringes of the rucks where enjoys taking on defences with sniping line breaks.

He will be keen to strike up a good partnership with Lolesio, who will have to hit the ground running as the team’s chief playmaker in only his second Test start. The youngster made his Test debut against the All Blacks in Sydney last year and it was a baptism of fire as the Wallabies suffered a 43-5 defeat. Despite being on the back foot for most of that match, Lolesio had some good moments and scored his side’s only points via a consolation try. Despite his tender years, Lolesio has guided the Brumbies to a Super Rugby AU title in 2020 and he will be determined to prove to head coach Rennie right by delivering a polished display.

Another player who will be looking to make an impact is Australia’s captain, Michael Hooper, who is back in action after a two-month break since returning from a six-month sabbatical in Japan. Hooper’s jackaling skills are world renowned and he will be at the forefront of the Wallabies’ battle on the ground, while he will also be important to Australia’s defensive onslaught. Furthermore, his team-mates will be looking to him for inspiration when the chips are down – something which he has been doing with aplomb for several seasons now.

For Les Bleus, Romain Taofifenua will have a big role to play as he is one of the most experienced players in his team’s matchday squad, although he has only represented his country in 27 Tests. The behemoth second-row will be expected to give his team much-needed momentum with ball in hand, especially at close quarters, while he will also be hoping to win valuable ball in the lineouts.

Another forward who will be keen to do well is tighthead prop Demba Bamba, who is still relatively young for a front-row forward at the age of 23. Solid in the scrums and a handy ball carrier, the Lyon strongman will be hoping to make the most of this opportunity after playing no part in Les Bleus’ Six Nations campaign. He missed the wins over Italy and Ireland with a hamstring injury and despite recovering, could not make the matchday squad during that tournament. A good all-round performance this weekend could boost his chances of returning to the first-choice squad.

Also keep an eye on young full-back Melvyn Jaminet, who is one of seven uncapped players in France’s starting line-up. The 21-year-old’s selection is an interesting one as he is yet to play in the Top 14 but was one of newly-promoted Perpignan’s star performers during their triumphant campaign in the Pro D2 competition. Although we have seen very little of him, he must be an outstanding prospect to keep the more experienced Anthony Bouthier on the bench.

Although there are several exciting match-ups, the battle out wide between Wallabies flyer Marika Koroibete and Damian Penaud of France is a mouth-watering one as both are outstanding attackers, and real X-factor players. The 2019 John Eales Medal winner, Koroibete is one of Australia’s most consistent performers and if he builds up a head of steam, he is a real handful. However, he faces a tough task against Penaud, who is defensively sound but also a good finisher, who will be keen to build on his Six Nations performances where he scored a couple of tries from four starts.

Although both sides are not at full-strength, the Wallabies will have an edge as they have more experience in their ranks and don’t forget that they are playing on their home soil which should also be a swaying factor. France have gambled by fielding a very inexperienced side and should stay true to form by being unpredictable, but their hosts will prove too strong. Australia to win by 15 points.