Home Australia Australia: Suliasi Vunivalu eager to prove himself at the highest level 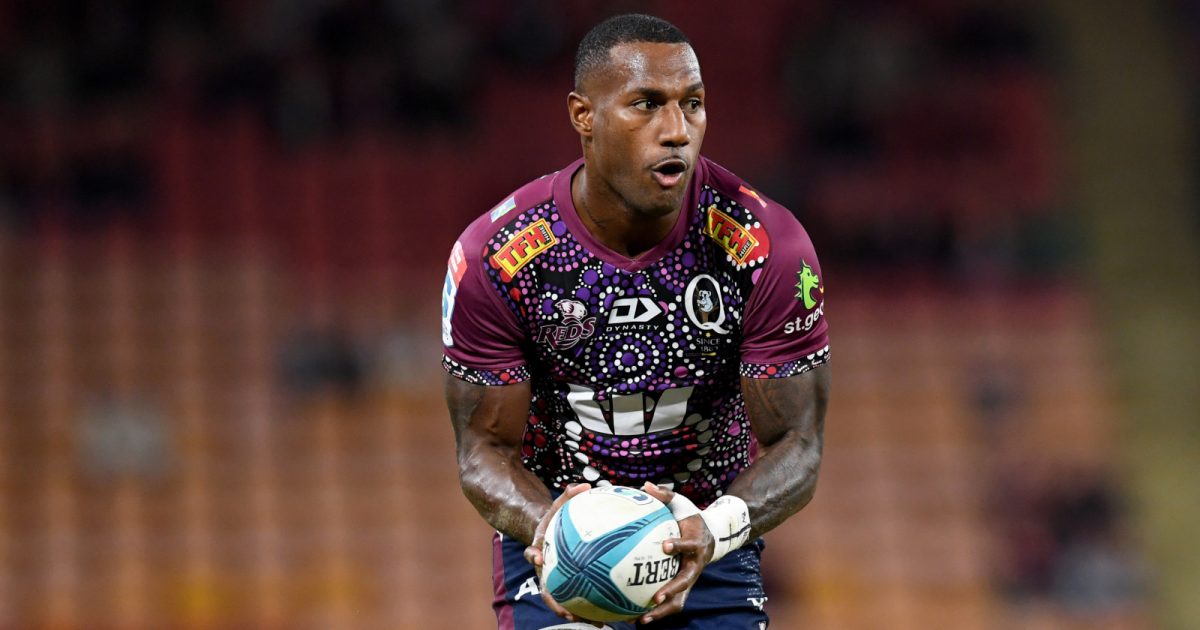 Wallabies code-hopping call-up Suliasi Vunivalu feels he has a point to prove in rugby union after he burst onto the scene in his debut season with electric running power.

During the speedster’s first campaign in 2021, he struggled with a chain of hamstring injuries limiting his game time and has never had the chance to truly find his rhythm to showcase his talents.

But towards the backend of the Super Rugby Pacific season, Vunivalu found more consistent fitness and put in some solid performances for the Reds. However, the rumours of a rugby league return have been prevalent throughout the season.

“There was talks about me going back to the NRL. But I wanted to stay,” Vunivalu said.

“I haven’t really done anything in union since my debut season was a bit of a write-off for myself. I just want to prove myself back here and try to make my goal of going to a World Cup and playing for the Wallabies.”

The Fijian-born star completed his schooling in New Zealand not knowing he would end up playing rugby league. However, the 26-year-old says he always aimed to return to rugby union.

“I didn’t know I was going to end up in rugby league, leaving school,” Vunivalu said.

“But then when I was there I was with Nelson (Asofa-Solomona), we always spoke about spending a couple of years in league and then trying to head back to rugby when we were age 24 or 25. It happened for me.”

Vunivalu’s hamstring struggles peaked last season, preventing the lethal finisher from achieving his goals, but he is positive after stringing together a decent number of games.

“Last year was a goal to play really good footy and make the Wallabies, but that cut short and when I did my second hamstring I’ve gone back to my shell and struggled,” he said.

“This year it’s different, all the staff have been helping me throughout and that shows this season. I played six or seven games straight without feeling any tightness or anything.”

The wing believes he is ready for the Test arena and is waiting for the opportunity to showcase his skills at the highest level.

“One hundred percent. I will back myself. If he has that belief in me and wants to throw me in there and pick me, I will put my hand up and back myself to play,” Vunivalu said.