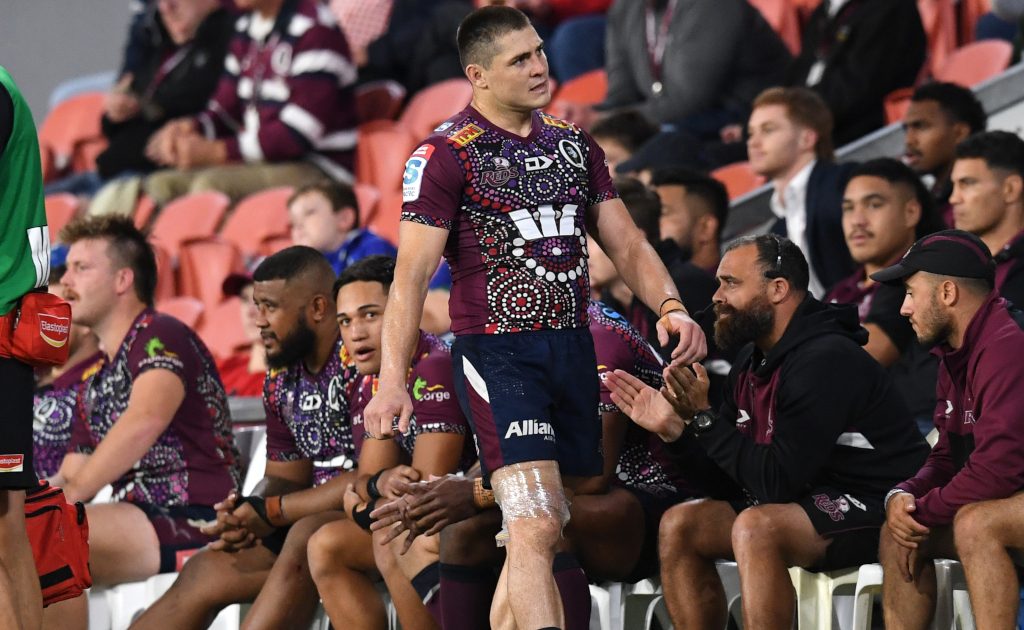 The Reds – and potentially Australia – have suffered a blow after James O’Connor was ruled out for the next few weeks with a hamstring injury.

O’Connor will therefore miss their final regular-season Super Rugby Pacific clash against the Crusaders on Friday, as well as the play-offs, which begin a week later.

Wallabies boss Dave Rennie will also be concerned, with the national team set to take on England in a three-Test series in July.

The fly-half is a doubt for those games after he sustained a low grade hamstring tear, which usually has a recovery period of about a month.

O’Connor has endured a number of injury issues throughout his career and only recently returned following a knee problem.

His absence threatens to completely derail the Reds, who faltered when the 30-year-old was on the sidelines for their games against the New Zealand teams.

They suffered successive defeats to the Hurricanes, Chiefs, Highlanders and Blues before getting back on track with a 34-22 triumph over Moana Pasifika at the weekend.

Brad Thorn’s men are guaranteed a quarter-final spot but they are currently on course to face a daunting trip to the Crusaders in the last-eight.