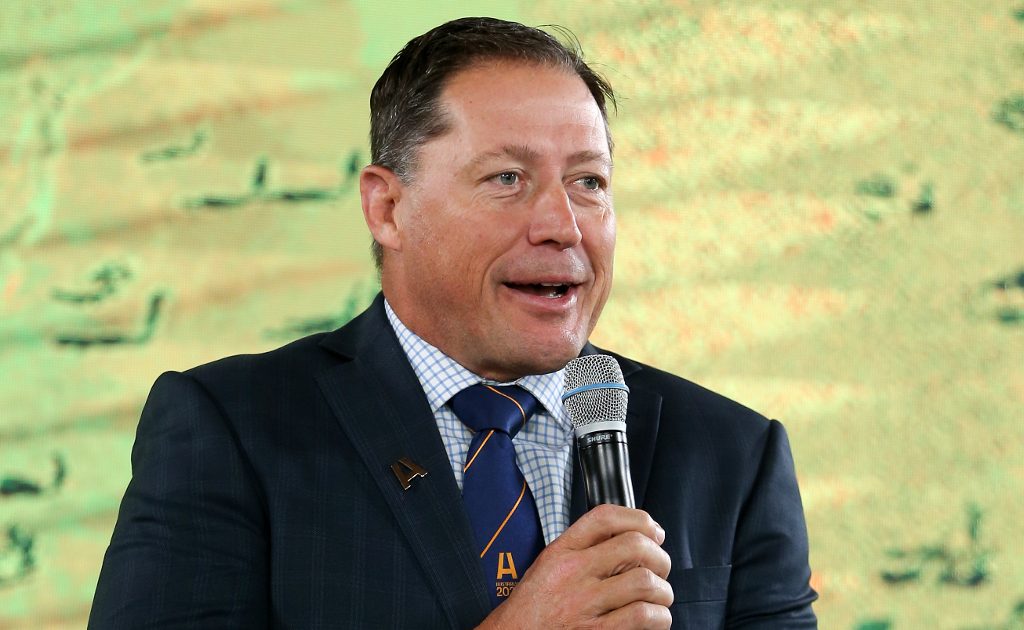 Wallabies great Phil Kearns believes that it would be a huge positive for Australian rugby if England head coach Eddie Jones returns home after the 2023 World Cup.

Jones became boss of the Wallabies in 2001, helping them to the final of the global tournament in 2003, but had a bitter departure from the role in 2005.

Kearns believes that time has healed those wounds and insists the 62-year-old could help them rise to the top of the sport once again, even if it won’t be as their head coach.

“Eddie is a really good bloke and an amazing coach. I think Eddie would be fabulous in dealing with the rugby youth of our nation, the up-and-coming players,” he told rugby.com.au.

“I think he builds resilience in players. He’s not easy with them and I think we all know that. He’s tough.

“He demands excellence and that can only be good for players on the way through. I think it would be awesome if Eddie had a role in the future of Australian rugby.

“I think those (broken) bridges should well and truly be rebuilt and pave the way for Eddie to come back in some role.”

Jones will bring his England team to Australia for a highly anticipated three-Test series in July. Although there have been calls for him to be fired, after an underwhelming Six Nations campaign, Kearns disagrees.

“They are not going to get rid of him before the 2023 World Cup. He won’t be panicking about his position,” he said.

“I’m looking forward to what goes on between Eddie and (Wallabies coach) Dave Rennie. It will be combative with the English and Eddie will throw bait out there for sure.”

Kearns is currently executive director of the men’s 2027 World Cup bid, while Australia have also put their name forward for the women’s global tournament in 2029.

They are favourite to host both and Kearns knows the importance of getting their house in order leading up to those competitions.

“We’ve been very keen all along to make sure the legacy of our World Cup bid 2027 doesn’t start in 2027. We want it to start now, encourage kids and keep the important momentum around what this bid means,” he said.

However, he does not want to get ahead of himself.

Earlier this week, Reds head coach Brad Thorn set new goals for himself when he suggested: “If the opportunity presented itself at the right time later down the track, I would be honoured to coach the Wallabies.”

Dan McKellar has been earmarked as the next Australia head coach, while current boss Dave Rennie could also stay beyond the next World Cup.

With those two and Thorn potentially vying the role, Kearns believes that it is positive for the Wallabies looking ahead to 2027.

“Dave is doing a great job of rebuilding the side and the culture and he’s not quite ready to give that up,” he added.

“I’d like to see a really good showing against England in July, a 2-1 series win would be outstanding.

“I thought there were some really good signs from the Wallabies at the end of last year so some improvement again would be good. I think Dave has rebuilt the culture and the style of play is better than we’ve played for a number of years.

“Maybe it’s a bit premature that (Thorn) discussion. Great that he’s put up his hand. Brad has done terrific stuff with the Queensland Reds and I love his no-nonsense approach.

“If you’ve got three or four candidates who are all world class going for that coaching position it can only be good because it’s like players competing for positions on the field.”