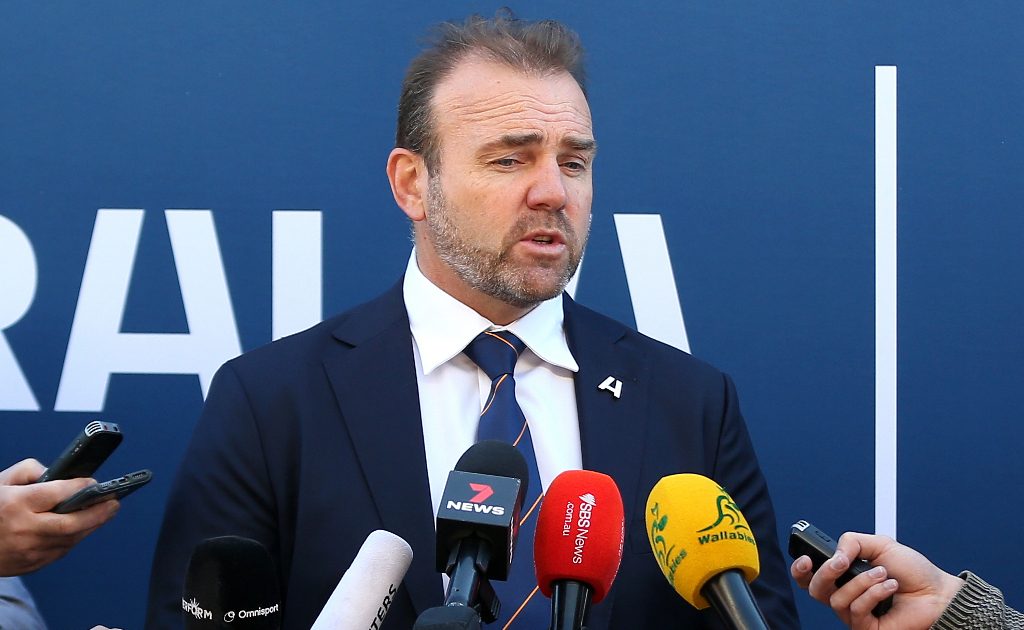 Rugby Australia (RA) chief executive Andy Marinos is optimistic the Super Rugby format for 2022 and beyond will be confirmed in the coming days following the announcement of the 2021 Rugby championship schedule.

This comes after a report suggested the 12-team competition will reportedly see each of the five Australian, five New Zealand, Moana Pasifika and Fiji Drua franchises face each other once, with three further games determined based on the Trans-Tasman standings.

Whilst Marinos labelled suggestions of the format as ‘premature’, he was hopeful it would be confirmed soon.

“It was a little premature in my view. We’re still working on the detail but it’s fair to say we’re pretty progressed and quite close to finalise that,” he told Rugby Australia’s official website.

“As it’s been communicated, hopefully we can confirm from our side in the next couple of days.

“I think the challenges around the Rugby Championship and finalising the schedule have taken priority over the last 72 hours.”

The discussions have seen their challenges, with tensions between RA and New Zealand Rugby (NZR) coming to an impasse during the Rugby Championship negotiations.

With those issues sorted and confirmed, Marinos believes the competition will provide added certainty to Super Rugby clubs despite the decision to move away from the derby-focused AU format.

“It’s fair to say it’s been a long and protracted process. We’ve both came to the table with very different models and philosophies but we’ve consistently worked through the options,” he admitted.

“We’ve always got to keep in mind the importance of delivering on those high performance imperatives and obviously having a product in a market that will grow value over time.

“I think what we’ve agreed to over the next two years, we’ve got a model that we can consider and will continue to be open-minded and look at alternatives if we believe that those will deliver a different and better outcome going forward.

“It gives certainty to Super Rugby sides, seven home and away games which is a big improvement from Super Rugby AU. The other thing is it will ensure a minimum of three games a weekend on the platform aside from the two with one team having a bye.”

He also rejected calls from Steve Hansen to reduce Australia’s involvement to three teams whilst pushing any Japanese expansion beyond the 2023 World Cup.

“Not at this stage in terms of next year or 2023. At the moment, we’ve got to just deal with what we know in front of us with certainty,” said Marinos.

“Even just running the competition between the two markets is not without its challenges if COVID persists into the first or second quarter of the season.”