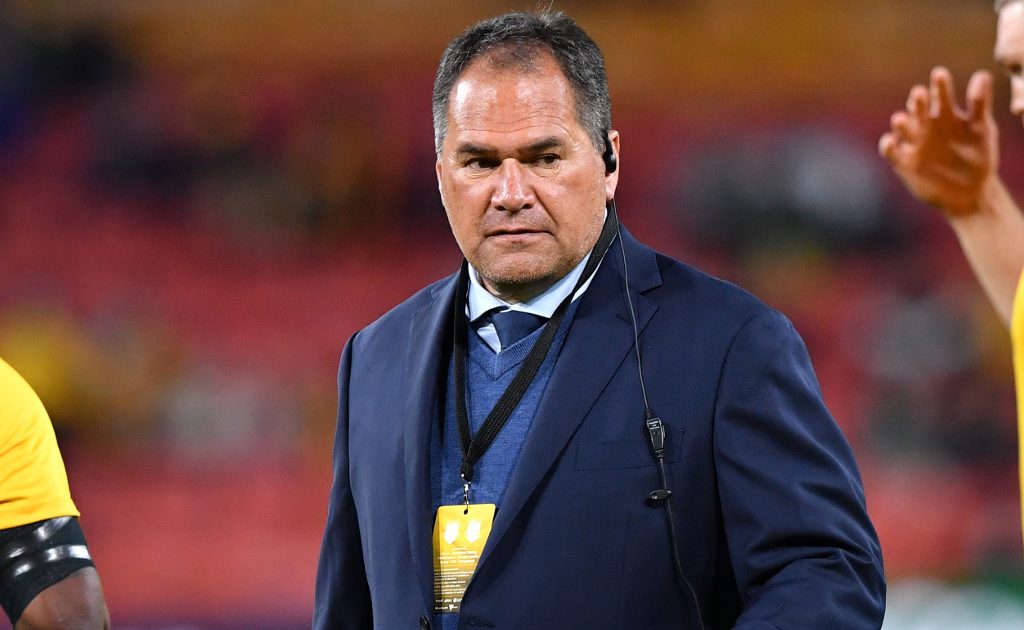 Wallabies boss Dave Rennie has responded to Andrew Mehrtens after the former All Black fly-half offered a blunt assessment over their chances against England.

Australia succumbed 15-13 to Scotland on Sunday, which followed a less than impressive display against Japan two weeks earlier.

They have enjoyed a resurgence in 2021, winning four games in a row in the Rugby Championship to finish the competition in second position.

However, the Wallabies’ efforts at Murrayfield left Stan Sport pundit Mehrtens thinking that their opponents next Saturday could rack up a big score at Twickenham.

“I worry a little bit for the Wallabies, because if they keep muddling through like they have in these last two games (against Japan and Scotland), if they play like that again they’ll get a heap put on them,” he said.

Rennie disagreed and thought Mehrtens was ‘disrespectful’ towards Scotland, a team that have produced a number of excellent results this year.

“Look, he’s a smart man, Mehrts but, no, I don’t agree with that assessment,” Australia’s head coach said. “Scotland is a strong team, it sounds like he’s disrespecting their ability.

“They were very competitive in the Six Nations. They lost with a late penalty against Ireland, lost by a point to Wales and would have won the Six Nations if they’d won those games. They’re a really good side.”

Despite taking umbrage over Mehrtens’ assessment ahead of next weekend’s clash, Rennie did agree that Australia did not play particularly well.

“It was a tough game because we just struggled to get things going,” he added. “We got penalised a bit in possession when we thought we had them under pressure.

“We struggled to get our game going in the last 20 too, they did a pretty good job defending the maul and there were a handful of decisions that we made, and that the ref (Romain Poite) made, that shaped the last 20 minutes.

“We’ve got to take it on the chin – we’ve got more in us – and we certainly need to be a lot better against England.”