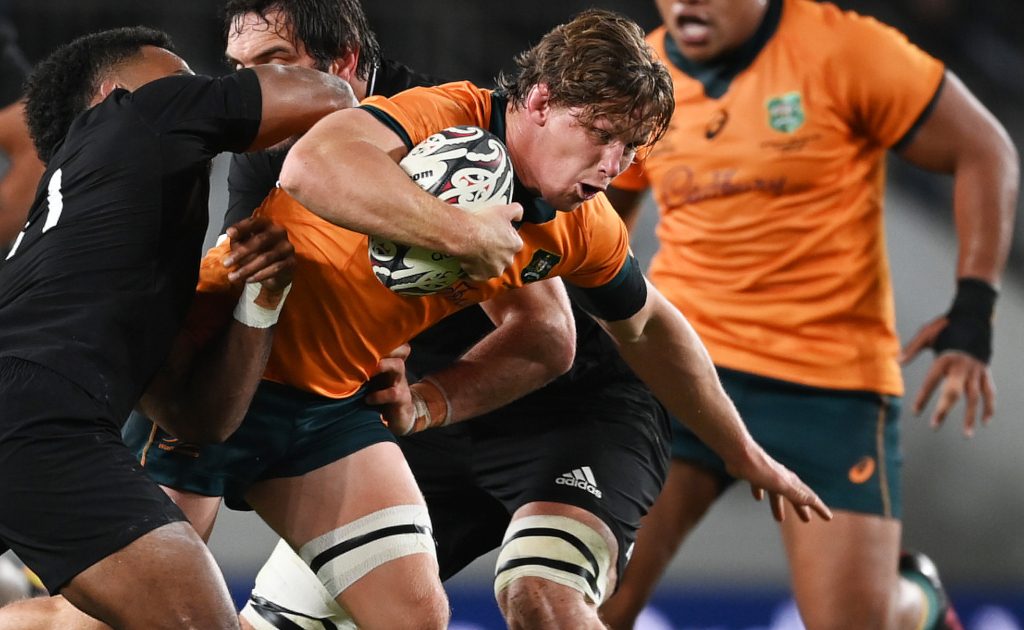 Australia are now the lowest-ranked of the four teams in the Rugby Championship after suffering a 57-22 defeat in their second Bledisloe Cup encounter with New Zealand in Auckland on Saturday.

The Wallabies put up a real fight for the first 50 minutes, having only trailed by six points at half-time, but the All Blacks found the attacking rhythm to their game that was missing the previous week to ruthlessly punish their opponents.

First-half tries from Rieko Ioane, Brodie Retallick and Ardie Savea were followed after the break by a Codie Taylor double and further scores from Sevu Reece, Will Jordan and David Havili.

With Richie Mo’unga nailing five conversions and Beauden Barrett two, in addition to Damian McKenzie’s monster 59-metre penalty, the All Blacks racked up their highest-ever score against the Wallabies.

Andrew Kellaway followed up last week’s try with a brace for Australia, which came either side of a try on the stroke of half-time for livewire scrum-half Tate McDermott.

Australia lost 0.18 of a rating point as a result of their latest defeat at Eden Park, and that was enough to drop them below Argentina in the rankings.

Los Pumas were also beaten, 32-12 by South Africa, but the defeat in Port Elizabeth did not result in a loss of any rating points.

Australia are now down to a record-equalling low of seventh position, on 83.14 points, with Los Pumas one-hundredth of a point better off in sixth.

Having gained 0.18 of a point for their comprehensive win over the Wallabies, New Zealand managed to marginally cut down the gap between themselves and South Africa at the top of the rankings to 4.91 points.

Elton Jantjies enjoyed one of his best days in a Springbok jersey in what was a fairly comfortable victory for the world champions.

The fly-half kicked 17 points and also set up a try with a clever crossfield kick after coming into the side in place of Handré Pollard.

Cobus Reinach showed his blistering pace to score South Africa’s first try on 14 minutes, and he was followed over the line four minutes later by Aphelele Fassi who showed great skill to gather in Jantjies’ kick-pass while running at full speed.

South Africa had to wait until a minute from time to score their third try through debutant Jaden Hendrikse, but with Jantjies’ matching Nicolás Sánchez kick for kick, the Springboks were always in command.