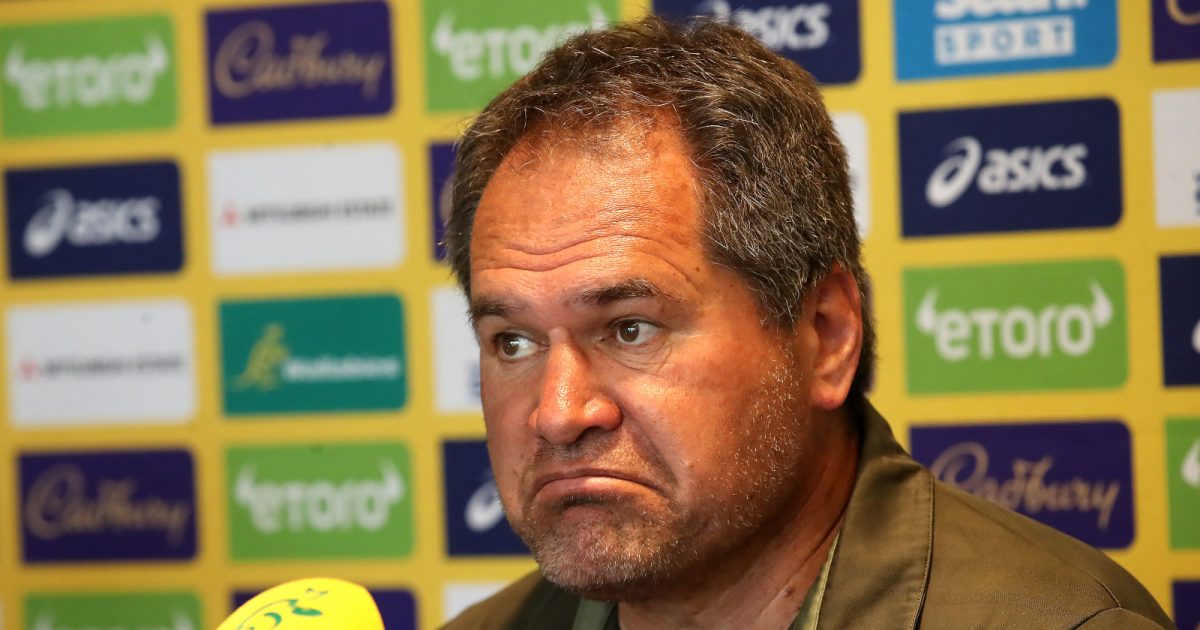 Australia head coach Dave Rennie has voiced his unhappiness with the decision to drop the global trial of the 20-minute red card sanction.

The trial appears to have got lost in some interminable political layers. The governing body’s global law review group had voted to approve the trial, but the high performance committee – upon which Eddie Jones, among others, sits – voted the trial down.

Rennie, who is in the former group, called the decision ‘disappointing’, speculating that the next World Cup could see pivotal matches ruined by early and unavoidable red cards.

“I was in a group that voted for a global trial for the 20-minute red card. It got voted through and then the rugby committee, which is a committee above that, disagreed. It’s disappointing,” Rennie said in the Sydney Morning Herald.

“There’s people who think there’s no consequences if it’s only a 20-minute red card, but the consequences for the individual is that [a suspension] starts at six weeks.

“They get sent off and then they don’t get to come back on. The team is hurt by that.”

The dispute over whether to implement the card has definite hemispherical undertones too. The card has been used in both Super Rugby and the Rugby Championship on extensive trial, to a mixed fan reception but with widespread coaching approval.

The high performance committee is chaired by one of rugby’s most belligerent powerbrokers, Bernard Laporte, with the rest comprised of Jones, France head coach Fabian Galthié, Scotland head coach Gregor Townsend, former Test coaches Rassie Erasmus, Steve Hansen and Mario Ledesma, plus former internationals Bryan Habana, Jamie Roberts and Rachael Burford. Jones, Erasmus and Hansen all apparently voted for the trial, but that will not now happen until 2025 at the earliest.

Rennie pointed to the difficulty of determining the red card threshold, with some collisions simply unavoidable.

“A lot of it is not thuggery, you’d say reckless [acts] but certainly not malicious, a lot of it,” he said.

“Then there’s the inconsistency of it. There’s mitigating circumstances that can bring it down from a red to a yellow, but referees are forced to make decisions pretty quickly based on whatever angles there are and, invariably, post-game there are more angles that give a better picture.

“The 20-minute red card allows for referee error and also means that a team has been punished for 20 minutes. It’s a long time without a player, but we get a game of 15 on 15.

“I’d hate to see a World Cup final where there’s a red card given early, which is actually inaccurate and affects the result.

“We all want consistency around it and my preference would be a 20-minute red card. Certainly, up north, they feel differently.”