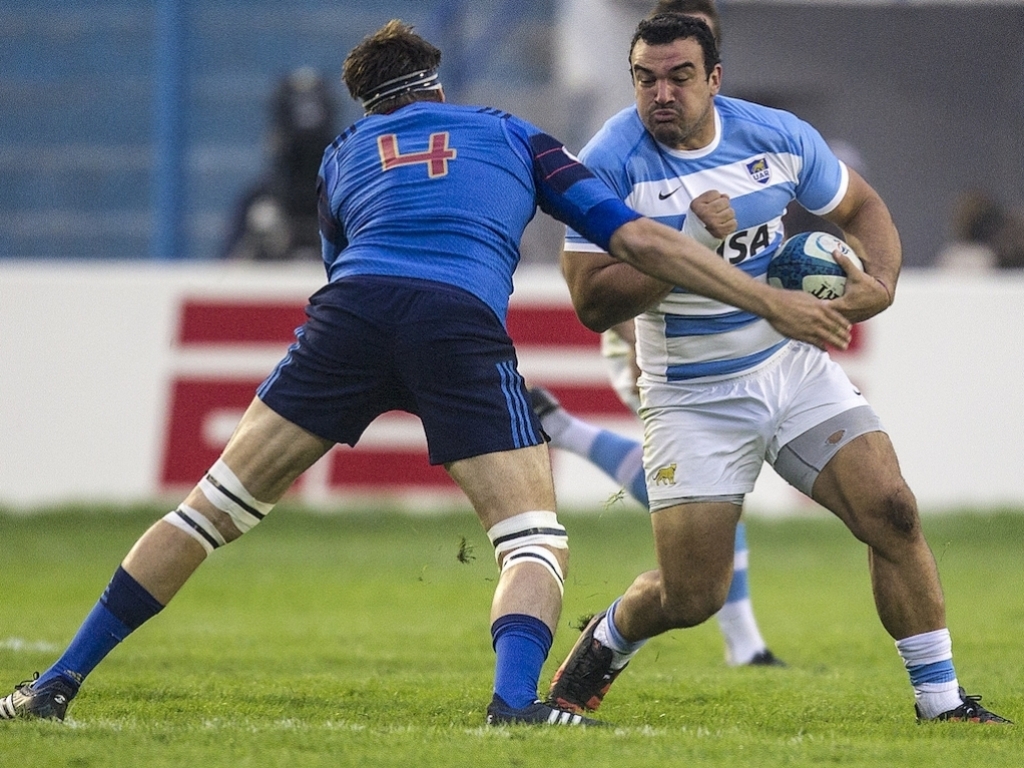 Argentina went 1-0 up in their two-Test series with France after a 30-19 win at the Estadio Monumental José Fierro in Tucumán.

Los Pumas outscored Les Bleus by three tries to one thanks to first-half efforts from Manuel Montero and Joaquín Tuculet and a sensational late score from Guido Petti, while France in response crossed through Rémi Bonfils.

But the second half truly was dictated by the goalkicking prowess of Nicolás Sánchez and Jules Plisson, as both sides were repeatedly punished by the whistle of referee John Lacey.

Sánchez in the end finished with 15 points, including the final conversion of Petti's try which proved to be enough for Argentina to seal the win.

This was very much an experimental French outfit, featuring seven new caps in total and captained by Jules Plisson on just his 12th cap.

Head coach Guy Novès of course was unable to pick players from the four Top 14 semi-finalists – Clermont, Racing 92, Montpellier and Toulon – preventing him from selecting France's regular captain from the Six Nations in Guilhem Guirado.

Still, this was a valuable opportunity for Novès to get a closer look at those players on the fringes of his radar pushing for selection.

They certainly had the brighter start, winning their first four lineouts with Plisson fizzing out passes trying to get his back three onto the ball before slotting the first points with a close-range penalty after ten minutes.

Plisson had a chance to double that tally after Argentina were penalised for collapsing the maul, only to miss, with Argentina instead charging upfield and tying the score through a Sánchez three-pointer.

The hosts were beginning to play with real confidence and a slick attack saw Argentina try and break France's defence down the left and right sides, sucking in defenders before the ball was flung wide to Montero for a score in the corner. Sánchez landed an impressive conversion from out wide to make the score 10-3.

Plisson straight away had a chance to reply only to miss his second penalty, keeping the gap at seven points, and soon he was left in a hopeless chase trying to catch Tuculet as Argentina raced in for their second try.

Excellent work from Montero saw the juggernaut Argentine wing fend off Jonathan Danty before finding Tuculet on his inside, with the full-back having the speed on the angle to go over by the posts.

Penalties however in Argentina's half were keeping France in the contest, and after kicking to touch they hit back through a rolling maul with Bonfils the scorer. Plisson converted to make it 17-10.

Despite the French pack also having the edge in the scrum, they couldn't find another score before the first half came to a close as Argentina went in ahead.

Early pressure from France at the start of the second half was rewarded with three more points from Plisson to make it 17-13, and Argentina's indiscipline was starting to become a real issue as their penalty count crossed into double figures.

Consecutive infringements in their own 22 led to referee John Lacey showing a yellow card to lock Javier Ortega Desio.

Plisson obliged with his third penalty, cutting the gap to one, and a fourth soon followed to put France into the lead again at 17-19.

Sánchez had a chance to stem the tide but his penalty effort clattered back off the right upright towards the end of the third quarter with the game finely poised.

Now though France were coming under pressure from the referee, loosehead prop Jefferson Poirot sin-binned as Sánchez stepped up to make it 20-19 to Argentina.

Three more points from Sánchez, landing his fifth kick out of six, gave Argentina more of a cushion, but the fly-half couldn't land his next effort from halfway as France began to tire and as a result gave away soft penalties.

And not long after Argentina found the knockout score, a deep attack remarkably finished off by Petti, who showed an impressive turn of speed to cut through the French defence to go over by the posts.

With the conversion of Sánchez the hosts now comfortably led 30-19 with five minutes remaining and despite a late French attack, the result was already settled.